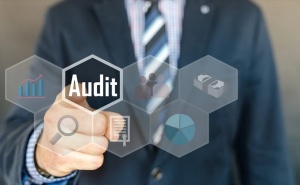 The tax season is upon us, and it’s that time of year when you have to file your taxes.

Audits are scary, but they're uncommon. According to the IRS, just 0.6% of returns are audited today — and that figure has been trending downward in recent years.

What is a Tax Audit?

An audit is a review of your tax return to ensure that the information you've provided is accurate. If you get audited by the IRS, it means that they're scrutinizing your return — and possibly your financial records — to see if what you reported is correct.

Tax audits can be conducted by mail or in-person. The IRS will send you an official letter stating the reason for their request and what documents they need from you.

The IRS receives millions of tax returns each year and audits less than 1% of them. However, there are some "red flags" that can increase your chance of being audited. We'll help you avoid these costly mistakes by hearing out some tips from tax relief experts.

Ways to Avoid a Tax Audit

In the United States, millions of Americans file their tax returns with the Internal Revenue Service. But for some filers, it may be too late to avoid a tax audit.

Don’t worry! You can still beat the odds on a tax audit by following these six tips.

1. File Your Taxes On Time

This is one of the most common mistakes people make on their taxes, and it will nearly always get you in trouble with the IRS. If income shows up on a W-2 or 1099 form, it needs to go on your tax return, period.

Whether you're an employee or self-employed, there are plenty of ways for the IRS to check this information, so don't take a chance by omitting income.

3. Don't Claim Deductions You're Not Entitled To

The IRS rules on tax deductions are more than a little confusing, which is why you might want to hire an accountant. But if you're determined to prepare your own return, there are some common deductions that have tripwires.

For example, the home office deduction is one of the most audited areas because it's open to abuse. You can only claim the deduction if you use part of your home exclusively for business. If you use that space for other purposes, even sometimes, then you can't take it.

If your deduction is higher than what IRS statistics say is normal, they're going to scrutinize it very closely. If you don't have good documentation (like receipts) and if they decide that your deductions are too high compared with your income, they'll disallow all or part of them (and probably hit you with penalties).

The same thing applies to charitable deductions. If you're claiming a large deduction for donating items like clothes or a car, be prepared to show that those items are in good condition and worth what you say they are and have the receipts to prove it.

If you claim deductions or credits on your tax return, make sure that you have good documentation to back up your claims in case the IRS comes calling.

5. Watch out for the Alternative Minimum Tax (AMT)

The Alternative Minimum Tax (AMT) is a danger to all taxpayers, but especially those in higher tax brackets. The AMT requires you to calculate your tax bill twice: once under the regular rules, and again under the AMT rules. You then pay whichever amount is higher. Because some deductions are disallowed under the AMT rules, your second bill may be much higher than your first.

The "AMT" name can be a little misleading: It's not an entirely separate tax. Instead, it's an alternative way of calculating your tax bill. Under the AMT rules, many deductions are disallowed or reduced. If you would owe more in taxes under the AMT system than under ordinary rules, you must pay that higher amount instead of the amount you calculated using the regular set of rules and forms.

Math errors are one of the most common red flags that can trigger an IRS audit. Your best bet to avoid making them: Double-check every number you enter — and have someone else check them again.

The IRS has what it calls a “DIF” score for each tax return that comes across its desk. The acronym stands for “discriminant function,” but it basically tells the agency how likely a return is to be a red flag — and how much extra attention it should get.

Don't round numbers excessively. Inaccurate rounding on a tax return can be seen as a sign of fraud by the IRS, so be sure to use precise numbers rather than rounding up or down every figure.

Among the things that boost a tax return’s DIF score are mistakes in simple math. The IRS uses computer programs to detect those errors, such as when your 1099-DIV shows $10,000 in dividend income, but you only report $8,000 — something even a human being would notice.

Most people don’t intentionally underreport their income by 20% or more. But if you do, that could trigger an audit. If you make a smaller mistake, such as forgetting to carry over a digit from one column of numbers to another, that might not cause problems — but it could still raise suspicions at the IRS if it’s spotted.

What To Do During an IRS Tax Audit

If you receive notification from the IRS or another agency that it is auditing your return, don't panic — but don't ignore it either. Being audited by the IRS is not the end of the world. The first thing to do is not panic and realize that you have rights as a taxpayer.

You can ask for an extension when you file your taxes, but it doesn't necessarily mean your tax return will go unnoticed by the IRS. Tax relief experts can help alleviate some of the stress by handling correspondence on your behalf and helping you file any necessary paperwork.