A Case of Outrageous Advice for Women in Business 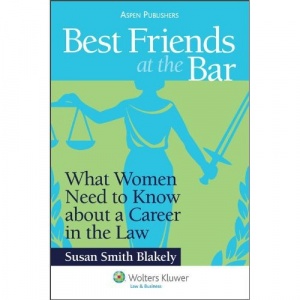 Consider this advice for women in business:

Women’s brains absorb information like pancakes soak up syrup so it’s hard for them to focus.  Men’s brains are more like waffles.  They’re better able to focus because the information collects in each little waffle square.

Surely this would be from some gender-insensitive and stereotype-infused speaker or handbook of yore.  That is what you would think.  And you would be wrong.

And then imagine me as so completely shocked, dismayed and outraged when I read this quote in a recent article in Huffington Post Business that I let out a primal scream.   For over a decade now, I have labored under the belief that accounting firms like Deloitte and Ernst and Young continue to lead the way on issues of diversity and opportunities for women.  After all, that is the way it was when I started the Best Friends at the Bar project in 2008 and when I routinely used practices at those firms as examples for law firms to follow.

Well, let me be clear, what you will read in the article is nothing that any law firm should follow or model.  Not by a long shot.  And certainly not today in the 21st Century when the subjects of gender bias, harassment and discrimination have been so thoroughly vetted that business leaders should know which subjects are definitely off limits.

Instead Ernst and Young (EY) chose, in 2018, to offer a program for its employees on the proper attire and behavior for women in business — specifically how to dress and act nicely around men — with some of the advice couched in terms of the negative influence of improper female attire and behavior on male employees.

Those poor, poor men, who cannot pay close attention unless women’s skin is completely covered.  Rather than debunking the harmful stereotypes about women, female employees at EY were being asked to learn how to live with those stereotypes.

No, I am not going to spoil the read for you.  It is too unbelievable and therefore delectable to do that.  I want you to savor each nugget of bad judgment on your own and, at the same time, wonder at the ineptitude of the mostly male leaders of business today.  We only can hope that this particular affliction does not find its way into the hallowed halls of law firms — or that someone with real brains and business acumen will recognize it for the bad idea it is.

Shaming and blaming women is so yesterday.  Continuing to make women the scapegoats for the shortcoming of men is something that is exhausting even to contemplate.  Let’s get on with creating effective business and law firm leaders and using the talent of the males and females among us without the distraction of this kind of nonsense.  Honestly, I thought I had heard the last of something so antiquated and harmful.

But, without being a spoiler, I do want to shed light on the defense that EY raised when confronted with knowledge of the program contents.  Typical responses were that quotes and facts had been taken out of context.  Although that sometimes happens, all you have to do is read the following to dismiss the defense as inept.  How many opportunities for misunderstanding can there be to the following quotes?

Don’t flaunt your body — sexuality scrambles the mind (for men and women); and

If you’re in a conversation with a man, cross your legs and sit at an angle to him.  Don’t talk to a man face-to-face.  Men see that as threatening.

And there was plenty of other red meat in the 55-page presentation.

Shame, shame.  And not on women.