Am I wearing too many hats? Learning how to juggle it all: The VP looks like me! 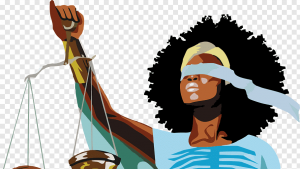 Senator of California, Kamala Harris, will be the first Black woman and the first Asian American to appear on a major-party ticket—the Democratic presidential ticket. On August 11, 2020, Presidential candidate, Joe Biden, announced Kamala as his running mate for Vice President. There is much to be said about Kamala, but what I can say, is that I am truly proud to be able to watch a Democratic National Convention that depicts a woman of color as the Vice-Presidential candidate for the 2020 election.

What’s disturbing to me is that I see people that look just like Kamala, diminishing and tarnishing her character for things like “having a white husband”, “putting black people in prison”, “supporting abortions”.Since when were we expected to be perfect? Often times we are considered less than, but when we prove that we aren’t, that we are more than capable: we’re then expected to be spot-less and squeaky-clean. Kamala is not perfect, but I don’t expect her to be. If she did everything everyone wanted, or supported every agenda that we expect her to, I’d be concerned. Because then, that would be unrealistic and presumably, unauthentic. I do not agree with everything that Kamala has done, or every agenda that she has supported. What I do know that is of greater importance, is that she and Joe Biden are more than capable of running this country.

Why can’t she just be considered good enough? She is more than deserving. During her speech she mentioned notable women like Mary Church Terrell, Mary McCleod Bethune, Fannie Lou Hamer, Constance Baker Motley and Shirley Chisholm. They too were black women that I don’t believe got the chances or recognition they truly deserved. It wasn’t until many of them passed, when they began to receive awards and appear in textbooks across the world. I say this to say, celebrate her now, support her now, because now is when it really counts. While, she is now standing on the weighted shoulders of the power women previous name, I too – can’t wait to stand on her shoulders.