Am I wearing too many hats? Learning how to juggle it all. Being black just got harder . . . .

By Crystal Elaine Ellison • May 30, 2020•Writers in Residence 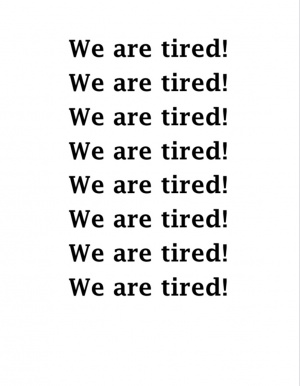 In the midst of a pandemic, we’re still being murdered, subject to racism, unjustly accused of violent acts . . . and the list, distastefully, continues.

There’s one hat that I can never discard, and that’s being black. I’m a mother of a young black boy, a daughter of a black father and a sister to black brothers. As tensions rise surrounded as a result of the injustice, lack of human decency, brutality and racism, there is no escaping my reality. There are times when I feel hopeless. With tears of fear running down my face, I shouldn’t have to hold my son so tightly, as I think about his future and whether he’ll beat the odds already stacked against him. How do I explain to him, that according to the law, even though he has the right to protect himself, the law might not protect him? I can’t change my race nor my son’s race. How do I explain to him how society views the black race?

One hat that I can never discard, is being black and too often, black people are underestimated, overlooked, undervalued, and deemed worthless. Ferocious acts are perpetrated upon us. The pain that many black people endure at the hands of racism is unimaginable. It doesn’t even seem like time will fix our pain especially because the hate towards us seems to be more callous. If it weren’t for cameras would people even believe the injustice we cry about? Nevertheless, even cameras aren’t saving us! When black men have been killed without justification, the [media] has tried to justify the killings by bringing up the past of these men.  If we finally get a trial, to seek justice for the killings, we are still left to feel pessimistic.

You want to know what it’s like being black? It’s difficult. Couple that difficulty with COVID-19 and it just got harder. Before the COVID-19 pandemic, black men generally walked around being perceived as a threat. However, being able to see a smile from them would go a long way. But now, black men are wearing masks and can’t show any sense or signs of harmlessness. Will that, then, make them more susceptible to violence and police brutality? It’s hard to imagine that it wouldn’t. Will that become a way for officers w1 to justify why they killed an unarmed black man? Will killings of black men be justified because they were wearing a mask? Will officers claim they couldn’t tell if the male was a child or an adult because they couldn’t see facial features? Sounds silly right? Well thinking of all the downright unrealistic excuses officers and    citizens have given in the past, these are some of the things that make it more difficult for a black man to be black.

The problems and the solutions are clear. Stop killing us! Give us the same protection afforded by the law and the US Constitution that everyone else are easily afforded. Maybe then this, will alleviate riots and distrust of law enforcement officers. I believe that there is more love in this world than there is hate. I do not believe all white people are racist, nor do I believe that all police are racist. Many of my colleagues and friends are white and have stood in solidary with movements like Black Lives Matter and the fight against racism. I’m thankful for friends in my life that reminds me that there are good in so many people, despite all the hate that surrounds us. I’m grateful for those who are disgusted by the acts of violence perpetrated against blacks and even more grateful for those who have sought to correct their own bias that they didn’t even realize existed. If you struggle with whether something that you say or do, or even your way of thinking, might affect us, it’s OK to seek guidance. It is then, when you realize that until you do so, you may be a silent contributor to this poisonous behavior.

Being black is a hat that I cannot discard: We are tired.

Hatred stirs up conflict, but love covers over all wrongs. Proverbs 10:12