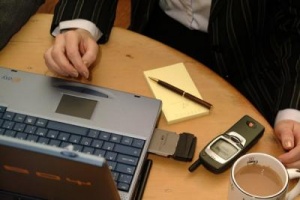 Following up on "Obstacle Course" in the American Lawyer (which the WSJ’s Law Blog has linked and commented on the article in their post Women Litigators Battle Adversity and Stereotypes): The AmLaw article’s main contention is that female litigators have it even harder than not only other (male) litigators, but also by implication female corporate lawyers. I think this notion—litigation is very hard (the hardest?) in terms of balancing personal and professional life—is one that has a lot of traction in the workplace. That is why the article doesn’t even bother to come out and say what they’re getting at, but does so in any event with that dig on “corporate schedules.” (I know several corporate lawyers who would be mightily offended, and disagree heartily, with the fact their schedules are considered part-time by litigation). I’m not trying to fan the perpetually simmering flames between corporate and litigation lawyers, since it is often a bone of contention between the two groups that litigators work harder and longer, but I think there’s a valuable discussion to have on the differences between these two. Because I’ve always worked in and been interested in litigation, I never considered going into anything else. I thought everyone was as set on their path until I went into on-campus interview this past August, and heard several friends say that their area of interest was (a) not set, and (b) was determined in interviews by the practice area of their interviewer. I’ll ignore that last part, and accept the first,so my question is this: if you are not set on one kind of law, or even if you are, how much should the alleged benefits or difficulties of work-life balance matter when you are making that decision? When you start thinking in these terms, why not go further: if you’re interested in having some kind of personal life, should you go into corporate law for that reason? The more provocative, and possibly sexist, way of saying this is: given that women continue to shoulder more of the domestic and familial burdens, they would be crazy to not go corporate, since that’s the only way they can do it all, and not meltdown after weeks like these: “Take Covington & Burling partner Nancy Kestenbaum's week late last October. After working all day Monday, the 43-year-old white-collar defense lawyer hopped on a 7 p.m. flight to Indianapolis for a client pitch. She stayed up until midnight preparing for the presentation. Following a three-hour meeting Tuesday morning, she raced to catch a flight back to New York so she could take her two children, ages 10 and 7, trick-or-treating. The next three days were a blur of 7 a.m. client meetings, dashing home in the evenings to spend an hour or two with her kids, and working late into the night from home. On Sunday, she wrapped up her week with an 8 a.m. board meeting.” Everyone has weeks that every now and then, but to keep up at that pace sounds like a recipe for an early heart attack. I hope this will provoke a lot of comments, and I’d love to hear thoughts on this. How much should your practice area selection be dictated by work-life concerns? Are all female litigators who have children forced to have lives like Kestenbaum’s? Where are all the men in this? Can high-end litigation be changed so that it isn’t so horrible, or is that just the nature of the beast?

I agree - employers HAVE TO STOP demanding so many hours and realize that everyone - MAN OR WOMAN - has a life besides the workplace.

My experience as a litigator (more than ten years small firm trial work before changing to appellate work which is more family friendly) is that employers have limited ability to control litigators' schedules.
The problem with litigation is, the lawyer's schedule is heavily influenced by the witness's schedule, the judge's schedule, and, most of all, by the jury's schedule.
If a litigator has to have favorable or neutral testimony from a witness and the witness says, I don't want to take time off work, could you set my deposition for Saturday? then the deposition is going to be set for Saturday. And if it's out of town requiring a four hour drive, then the litigator will be leaving on Friday night (or 5 am Saturday morning) and getting home at eight pm on Saturday.
If a judge fixes a trial date and the litigator learns, a month before the trial, that his/her daughter's kindergarten graduation is going to take place the same day the trial is scheduled to start, then the litigator will NOT be at the graduation.
And once the jury has been picked, the judge will typically ask jurors if they would prefer to work late to get the trial over with quickly, or go home on schedule even if it means going into a second week (or third week or fourth week ... sigh).  If the jury says, we want to work late and finish the trial, the litigators will be in the courtroom till 8 pm every night (and then go back to their hotels  - or homes if they are lucky - and prepare for the next day).
On one occasion, when the jurors wanted to finish up, I was stuck at a rural courthouse sixty miles from my home until 10:30 pm on Friday night when the jurors finally returned a verdict favorable to my client (hallelujah! I was as happy to get out of there as I was to win).
For these reasons, litigators have to be prepared to work crazy schedules.  So the people who become litigators are people who are prepared to work crazy schedules. When employers expect litigators to work crazy schedules, they are merely taking advantage of the litigators' willingness which has already been established.
Is it possible to be a mother and a litigator? Yes, I was a trial lawyer for more than ten years before finally throwing in the towel and switching to appellate work after my second child was born.  I had an excellent support system including a full time nanny who was willing to adapt her schedule as long as I was flexible towards her needs also (on many occasions, my kids and her kids ate dinner together at her house and spent the night at her house, which worked for both of us - she was paid to work at home and I knew my kids were having fun).
An employer can do a certain amount to mitigate the problems, but the scheduling problems are inherent in the nature of litigation and the employer has limited control.