And Then She Saved: Tips for Staying on Budget While Maintaining a Social Life 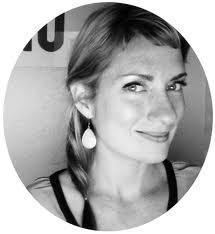 Anna Newell Jones is a clerk for the State of Colorado. No stranger to education debt and a woman with a penchant for pretty things, Anna found herself over $23,000 in debt in 2009. She decided to change things. She went on a spending fast…and created a blog about it. Thanks to the bus and learning to live with overgrown haircuts, by March of 2011 Anna was debt free. All on a clerk’s salary. Anna was recently asked for tips on how to keep costs low without forfeiting friendships, here are Anna’s tips on how to stick to a budget without giving up your social life. You can read more about living life debt free on Anna’s blog,  And Then She Saved.

The friend/social thing is tricky. It was crazy when I realized how much money came into play with my interactions with people. I have to admit there were some very awkward times during the Spending Fast in relation to doing things with others. The people in my life were used to me doing things with them (everything) and then suddenly I wasn't able to do all of the same things with them anymore. People didn't like it and they ended up feeling sorry for me and they would offer to buy whatever for me so I could participate in whatever was going on which totally was not the point of the Spending Fast so even having them offer seemed to make things *feel* awkward! I would tell them "Thanks, but No Thanks, I decided to this so I'm gonna do it". I think the key is to make it seem like you're not having a hard time with doing the Spending Fast and that you're not like "Woe is me, look at me suffering over here..." friends don't want to see their friends suffer, you know.

Some suggestions: If you continue to feel pressured, then give your buds an explanation and be honest if you can't afford to do something AND then seriously, don't do it. Be matter-of-fact about it. Don't dwell on not being able to do something. Move on to another subject. Suggest something else to do. If the friend persists in their questioning or if they insist on paying so you can participate tell them all about what you are doing and why, tell them that you're going to be in a better place at the end of the Spending Fast and that's why you're doing it in the 1st place... that will go a long way in helping the situation.

Some more suggestions: Go along with your friends and do the cheapest (read: free) version of whatever they are doing. For example, if they are going for drinks get a tonic or tap water with lime so it LOOKS like a drink and no one will give you grief (I've found most places charge for tonic and soda water so tap water is usually the best free option available. Also, bring shooters from the liquor store and stash in your purse if you want to drink... those will be A LOT cheaper than drinking at the bars). Have drinks at someone's (or your) house before you all go out. If it's dinner out that they're doing, find a friend to split an appetizer with or eat dinner at home before you go or just eat the free bread the restaurant offers and have your tonic/tap water. Just don't make it a big deal that you're not spending money. Have a great time. Don't focus on the not being able to spend money part. It's not about spending money it's about spending time with your friends and the money-spending-part is just a common side-effect of hanging out with friends. You're being pro-active and doing what you need to do to get yourself out of debt. It's a very good and responsible thing to undertake.

Also, I think you might be surprised how many of your buds are in the same situation financial situation as you and you just don't know it. Being broke and being in debt isn't something that many people talk about. It's typically considered very private information. A lot of people do what they have to do to keep up appearances and they may not be doing as well financially as they seem to be. Maybe your friends would welcome some "cutting back" too. I racked up a lot of my debt because I kept doing things and buying things that I just could not afford because I wanted to keep up appearances and keep up with everyone else. I tried to avoid realizing and recognizing this for a long time and I got into a lot of debt because of it.

Doing a Spending Fast/Spending Diet is hard and there are sacrifices that have to happen. Dynamics of some relationships might change. It is totally possible. You also might have to not do some things in your getting-out-of-debt process. But just know that despite the occasional awkwardness, the hard times REALLY DO pay-off in the long run. Trust me- it is SO worth it!

Really, the bottom-line is that if your friends don't think that you're suffering and if they still get to hang out with you (even if it is in a modified or different capacity than usual) then doing your Spending Fast/Spending Diet will go A LOT smoother.

As a result of me doing the Spending Fast I've had some friends start doing Spending Fasts too and it's been (ironically) hard to be on the other side of it. I found I don't really like hear "No, I can't go because I'm on a Spending Fast"! (even though I'm still doing a Spending Diet and would not be participating in the eating out either) Ermmm. D'OH! Of course, I think they should do a Spending Fast if they too are in debt or need to establish stronger financial footing.

Friends are there to understand and accept you with where you're at and friends want what's best for you even if it means making some tweaks to the social scene you're all accustomed to.

For a list of great ideas of things to do on the cheap with friends visit And Then She Saved.

Whenever I’d get overextended in my 20s (which happened more than I’d like to admit), I’d announce that I was going on an “austerity plan.” At first, my friends were bummed out, but eventually it became a socially acceptable way of saying you weren’t going to be spending as much as you normally did. Once one person announced it, others tended to pile on!