The Angel & Devil on Your Shoulders: 4 Ways to Increase Your Willpower 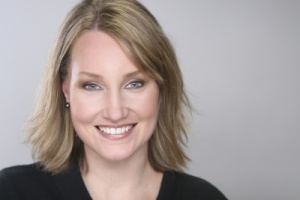 Valentine’s Day pretty much sucked for me this year.  Picture it ladies - takeout food, the current issue of O, The Oprah Magazine, and the latest installment of The Bachelor – probably about a 7 or an 8 on the pathetic meter.  I should say that my husband was traveling out of town for work, and I don’t typically celebrate the holiday, but I was missing him and wishing he was at home.  When I slinked into the restaurant to pick up my takeout, in my dressy sweats no less, I observed all of the couples enjoying a nice dinner, and my mood dipped even further.    With my defenses down, a disinterested looking hostess handed me my order.  The total was $11.56, and I handed her $20.  She gave me back $8.  Thinking she must have just forgotten the rest of my change, I simply asked for my 44 cents.  She looked at me and said, “Oh, did you WANT the rest of your change?”  Confused, and wondering whether this was a trick question, I replied, “Uh, yeah.”  She then rolled her eyes and said, “We usually just round when we give customers their change.”  Wondering if the owner of the restaurant actually endorsed that policy, I replied, “Well, $9 would be acceptable then, but $8 isn’t.  Give me my change now.”    Given the thoughts I had rolling around in my head, I was please at how I handled the situation.  I was not friendly, but I resisted the urge to get really angry.

How often have you wanted to tell opposing counsel just what you thought of him or her?  What about all the times you knew you should be eating better but couldn’t resist the sweet confection brought in for somebody’s birthday?  The ability to control your emotions and impulses is called self-regulation (also referred to as self-control or willpower), and it’s a critical business and life skill.

The concept became popular in the 1960’s when Walter Mischel and his colleagues at Stanford University created a series of tests called “the marshmallow experiments.”  Mischel gave preschoolers one marshmallow and told them that they would get a 2nd marshmallow if they avoided eating the first one for a period of time.  Hidden cameras showed the different techniques the kids used to avoid eating the sweet treat from pushing it away, to staring off into space, to singing.  While some of the kids did eat the first marshmallow, many did not.  The researchers followed up with the kids years later and discovered that those preschoolers who did not eat the marshmallow had better SAT scores, were judged to be hardworking and able to deal with stress, and were more resilient later in life.

Roy Baumeister and his colleagues have since discovered that you have a finite amount of willpower that gets used up during the day when you perform tasks that require deliberate acts of self-control.  Once the supply gets depleted, you then have less energy to tackle other goals that require willpower.  Here are a few things you can do to increase your willpower reserves:

Get some sleep and lose some stress.  You don’t need a study to tell you that your self-control might not be in peak condition if you’re sleep deprived or under a lot of pressure at work.  Since the legal profession is a place full of pressure, it becomes imperative that you take control of effect stress has on your life.

Avoid or limit your alcohol intake.  Any of you ever make a bad decision in college after a night of drinking?  How many of you have seen someone completely embarrass themselves at an office party after one too many?  Again, this is pretty logical, but research also shows that alcohol will undermine your willpower efforts.

Remove temptation.  I have a chocolate chip cookie problem.  I love them.  I make them from scratch, so at least I have to put a little effort into my habit, but it takes every ounce of willpower I have to pull myself away from these tasty treats.  Keeping some or all of the ingredients out of the house is the only way I can truly avoid them, but it’s a work in progress.  While you can’t always remove the temptation, at the very least you can begin to identify the triggers that set you off.

Become more mindful.  Being more mindful will help you focus your attention on other behaviors making you less likely to focus on the activity requiring your willpower.  Much of our human behavior tends to be quite automatic and from a single perspective (what some psychologists would label "mindlessness").  Using my cookie example, it seems as though every night at about the same time I crave them - it's become a habit for me to get up and make a couple.  In order to develop a more mindful state, you should try as much as possible to be open to new information and develop an awareness of more than one perspective.  Using another example, when I feel like responding off the cuff to someone's heated point of view on a political issue, I try to first read an article or two that differs from what I think in order to (a) get a better perspective; and (b) shut down the impulse to respond.  Many people have turned to mindfulness meditation as a way to become more attuned to their feelings and content of consciousness.  If you’re interested, Google John Kabat-Zinn to learn more about this form of meditation.

Self-regulation is a strength valued by most cultures, yet people generally find that they need to improve this skill.  Self-regulation is one of the strengths that is included in the VIA (Values in Action) Inventory of Strengths.  If you’re curious about where you rank, go to www.authentichappiness.com and take the assessment.

**Walter Mischel’s marshmallow experiments have been replicated many times.  Click on this You Tube link to see the experiment in action: http://www.youtube.com/watch?v=6EjJsPylEOY.   Watching kids try to avoid eating something they really want is good entertainment.