We are thrilled to announce the recipients of the 2019 Ms. JD Honors Awards!

Sharing Her Passion Award - To a woman who has practiced for more than ten years who is inspiring younger women lawyers through sponsorship, mentorship, and sharing her passion for the practice. Awardee: Fran Griesing

Women's Strength in Numbers Award - To two or more women who have partnered with one another to create a unique program, business, or organization. Awardees: Women Owned Law

Road Less Traveled Award - To a woman who is using her J.D. in a unique, non-traditional, way to pursue an issue or cause that she is passionate about. Awardees: Monsurat Adebanjo & Amy Impellizzeri

Woman of Inspiration Award - To a woman who, regardless of her practice area or type of practice, inspires others by her commitment and passion to her work. Awardees: Celina Caban Gandhi, Alexandra Lozano & Sonya Som

Student of Inspiration Award – To a male or female law student who inspires others through their commitment and passion to their legal studies, extracurricular activities or to a particular cause. Awardee: Jewel M. Haji

TIM Initiative Award – To a man who is an active champion for women’s advancement in the legal profession. Ms. JD launched The Incredible Men (TIM) Initiative in 2014 to celebrate men who not only value equality and diversity in the profession, but earnestly and enthusiastically support women and women’s initiatives. Awardee: Dimitri Islam

To celebrate the honorees, we are giving individuals and organizations the opportunity to congratulate one or all of the winners.

Powerpoint slides, which will display throughout the cocktail hour portion of the awards ceremony, can be purchased for $250.  The slide should be designed by your organization, may congratulate one or all of the honorees, and will appear before over 150 guests who are expected to join Ms. JD at the awards ceremony.  Slides may be purchased by clicking here.

To purchase tickets and join us, in person, as we give these inspirational women and men their awards, please click here. 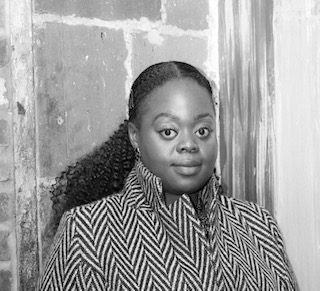 Monsurat Adebanjo’s personal and professional life has been dedicated to the promotion and protection of the arts, advocating for diversity and empowering underrepresented people. Monsurat is a practicing attorney and the founder of Brown Girl For The Arts Media; The Urban Culturist, a tech startup; and Brown Girl Artists. Brown Girl For The Arts Media is committed to broadening the sluggishly changing narrative of the Diaspora through representation in the media. The Urban Culturist utilizes its digital space to promote diversity, access and exposure within the art world and share new and diverse opportunities to appreciate art and culture.  Brown Girl Artists, Inc. is a 501(c)(3) organization dedicated to empowering girls of color to envision their futures as artists, professionals and world changers by connecting them with positive, relatable and accomplished role models of color 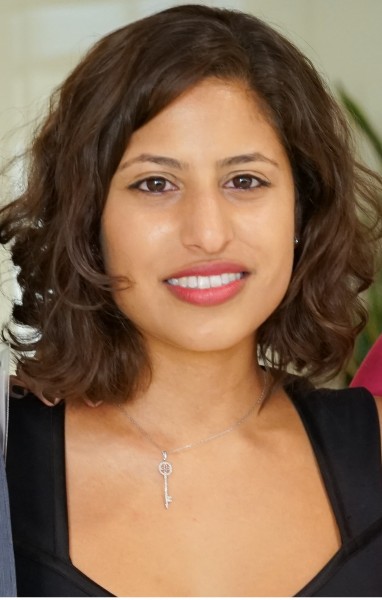 Celina Cabán-Gandhi is the Founder and High School Division Vice President of the Sonia & Celina Sotomayor Judicial Internship Program. Ms. Cabán-Gandhi is currently a Staff Attorney with Manhattan Legal Services and advocates for low-income survivors of domestic violence. She was formerly an Agency Attorney with the Trial Division of the New York City Police Department, clerked with Honorable Denny Chin in the Second Circuit Court of Appeals, and clerked with Honorable Wendel E. Daniels, Presiding Judge of the Criminal Division in Ocean County, New Jersey. In 2008, Ms. Cabán-Gandhi graduated from Barnard College of Columbia University majoring in Economic History and minoring in Latin American Studies. In 2014, she graduated from CUNY School of Law, where she competed in Moot Court and served as Special Events Editor for CUNY's Law Review. Ms. Cabán-Gandhi was a 2012 Puerto Rican Bar Association Student Scholar, as well as a 2013 Ms. JD Fellow. She is also the recipient of the Puerto Rican Bar Association’s 2014 Flor de Maga Award. 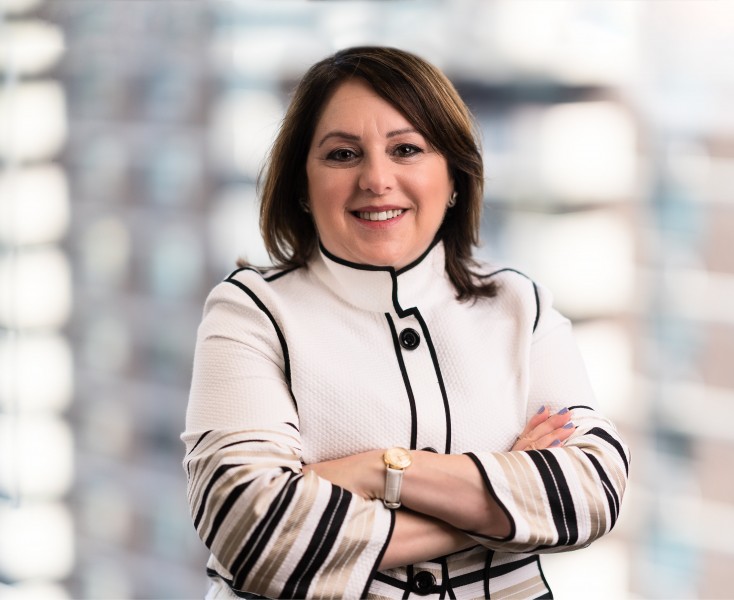 Francine Friedman Griesing is the founder of Griesing Law, a full-service women-owned law firm based in Philadelphia with offices in Cincinnati and New York. Fran is a valued, strategic advisor to top executives and general counsel at the region’s and country’s largest corporations and institutions. She has over thirty five years of experience representing clients in complex business transactions, high stakes litigation and alternative dispute resolution matters. Fran founded Griesing Law so women in the law could reach their potential in a male-dominated field. She is highly regarded as a trailblazing attorney and entrepreneur both locally and nationally for her commitment to gender equality. 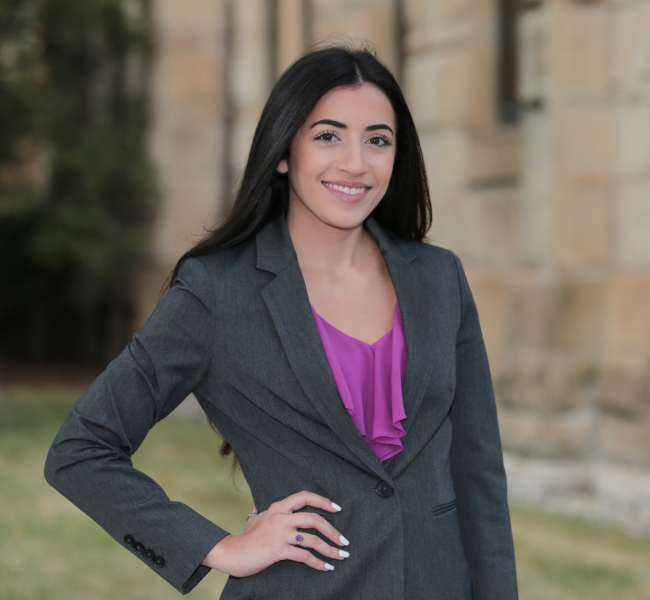 Jewel M. Haji is the youngest of five children of immigrants, and the first to attend law school in her family. She is a third-year and Editor-in-Chief of the Law Review at the University of Detroit Mercy School of Law. As a Teaching Assistant for the Law School, she hopes to one day become a professor. Ms. Haji is also active in the Student Bar Association and Women’s Law Caucus, serving as Class Vice President and WLAM-Wayne Region Liaison. Her goal is to advance the position of women and other underrepresented groups in the legal community.Ms. Haji enjoys serving others, is committed to social justice, and looks forward to joining the legal profession upon graduation. 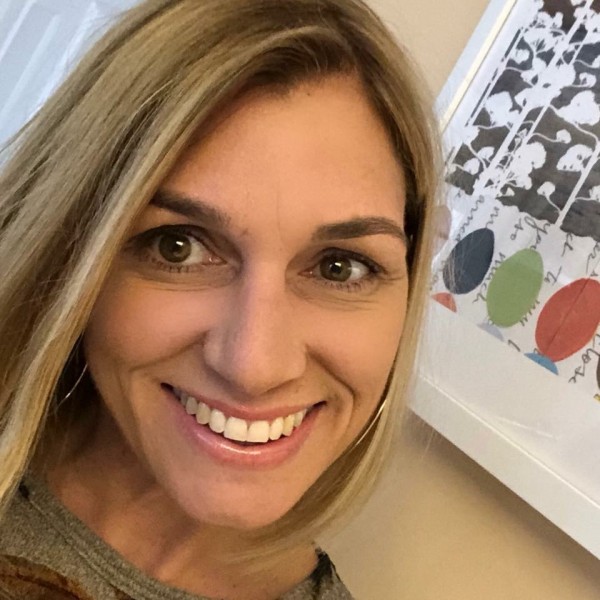 After 13 years of corporate litigation (including a decade at the renowned international law firm, Skadden Arps),  Amy Impellizzeri left the law to focus on her true passion - storytelling. After leaving Skadden in 2010, Amy joined the Executive Team of an award-winning venture capital funded start-up company, Hybrid Her (recognized as a top website for women by ForbesWoman two years in a row). At Hybrid Her, Amy helped women entrepreneurs tell marketable stories, alongside her passion project - a book that became her debut novel in 2014 - Lemongrass Hope, published by Wyatt-MacKenzie Publishing. Less than 5 years since her publishing debut, Amy is now the award-winning author of 4 novels and 1 non-fiction book, Lawyer Interrupted (ABA Publishing 2015), the past President of the Women's Fiction Writers Association (an international organization of over 800+ published and unpublished writers), and an executive principal of the Tall Poppy Writers, a pioneering author-driven marketing cooperative of 45 acclaimed women authors.

Under the tagline, "Just Because It's Fiction Doesn't Mean It's Not True," Amy has used her award-winning fiction to connect with readers all over the country, and with aspiring writers as well. Her work has been featured in Writer's Digest, Publisher's Weekly, Library Journal, and more. She has taught writing workshops to both teens and adults, mentored unpublished and emerging writers to finally write their stories, and has presented the lessons of Lawyer Interrupted in workshops all over the country, at local and state Bar Association meetings and conferences. For more information about Amy’s journey, check out www.amyimpellizzeri.com. 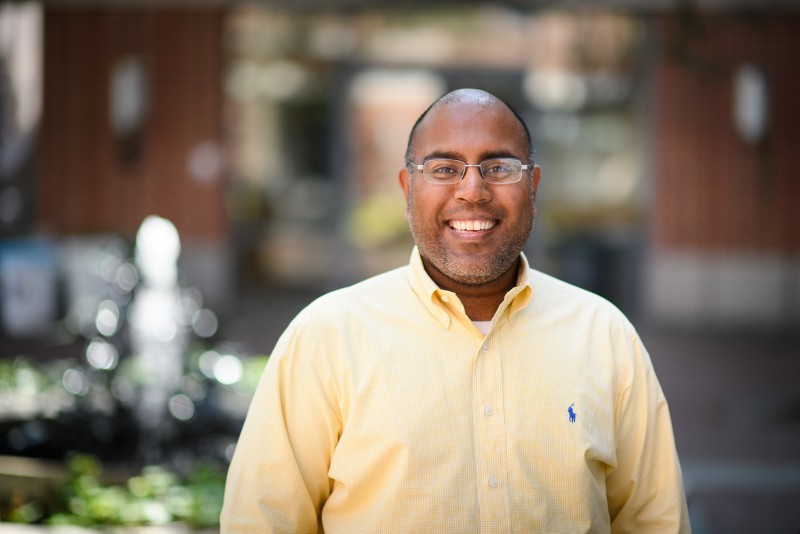 Dimitri Islam serves as the Director for Student Engagement at the University of Pennsylvania Law School.  In his role at Penn Law, Dimitri works closely with student groups as they plan and execute their programmatic activities, and he also engages in frequent one-on-one counseling with law students.  Dimitri has a long-standing interest in both law and education. After graduating from college at the University of Chicago, Dimitri worked for three years as a teacher at two Philadelphia-area high schools.  Then, following graduation from Penn Law in 2009, Dimitri devoted a portion of law practice to representing institutions of higher education. Currently, Dimitri also serves as an Anti-Violence Advocate (AVAs are trained staff members who seek to engage in sexual violence prevention initiatives) for the University.  His greatest joy professionally is working with countless ambitious, impact-making law students. His greatest joy personally is watching his 5 year-old and 3 year-old children engage in conflict resolution with each other, a task Dimitri readily describes as “a work in progress.” 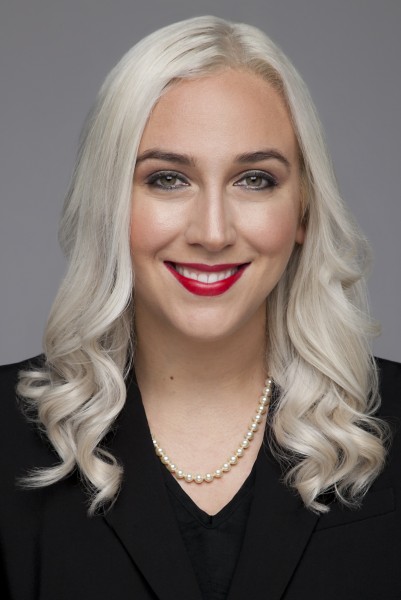 Alexandra "Ally" Lozano is best-selling author, speaker, and law firm business consultant. She is the founder of AMIGA Lawyers, the Association of Mother Immigration Attorneys, and the founding partner of Alexandra Lozano Immigration Law. Ally empowers lawyers to be the CEOs of their law firms with her Six Figure Solo membership, weekly blog, 6 Minute CEO podcast, Law Firm Business School, webinars, and conferences where she teaches female attorneys step-by-step how to run profitable legal businesses while they do the work they love. Ally lives outside of Seattle with her husband, Manuel, and their 5 children. 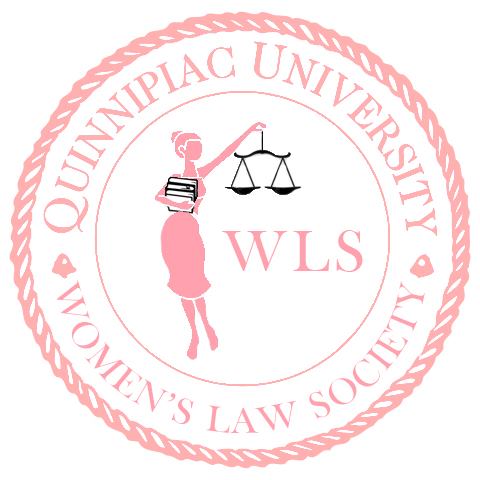 Quinnipiac University Women's Law Society (WLS) became active in 2016. In just a short time, WLS became a prominent actor on campus that was able to garner interest on issues of equality and women in the law through approachable events and discussions that they opened to the entire campus community. Each year, the Women's Law Society hosts its hallmark event, a panel discussion on women in the law. WLS strives to provide Quinnipiac with a diverse panel of both women and men that tackles hard questions. Topics for the panel have also included intersectionality, gender bias and sexual assault, the gender wage gap, family/maternity leave concerns, and how men can be allies to women in the legal profession. In the past three years, the panel has grown from a small gathering to an event that fills Quinnipiac's main event room.  Aside from the panel, WLS hosts public service projects with local women's shelters and organizations, creates a space where law students can come together to discuss their concerns, and partners with Quinnipiac's other affinity groups to highlight and support diversity in the legal profession. WLS is an affiliate of Ms. JD's National Women Law Student's Organization and sends a group of female law students to the Ms. JD Conference each year. Most notably, the Women's Law Society is dedicated to supporting women in the legal profession and promoting diversity through its all-inclusive approach. 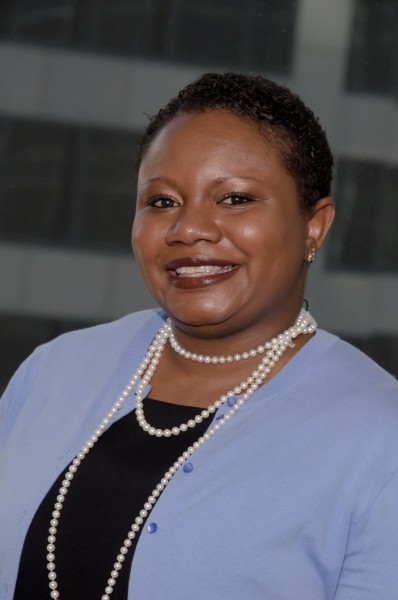 Sonya Olds Som is a Partner in Major, Lindsey & Africa's Chicago/Midwest office and is primarily responsible for strategizing and leading networking, business development and marketing initiatives for our In-House Practice Group team throughout the Midwest. Sonya focuses on sourcing in-house counsel search opportunities for attorneys at all levels – from junior counsel to general counsel -- in corporate legal departments in a wide range of industries by developing and maintaining relationships with general counsel, human resource leaders and other C-Suite executives. Sonya also provides career advice to attorneys and is a recognized Thought Leader regarding diversity in the legal profession nationwide.

In 2007, Sonya was named one of the Chicago Daily Law Bulletin's "40 Under 40" and was included on Lawyer of Color's 2014 Midwest Region Hot List. She has authored, co-authored and been interviewed for many articles on topics including diversity in the legal profession, networking, social media, personal branding, market trends and career strategies for lawyers; regularly speaks on panels on these topics nationwide; and maintains a prolific social media presence. 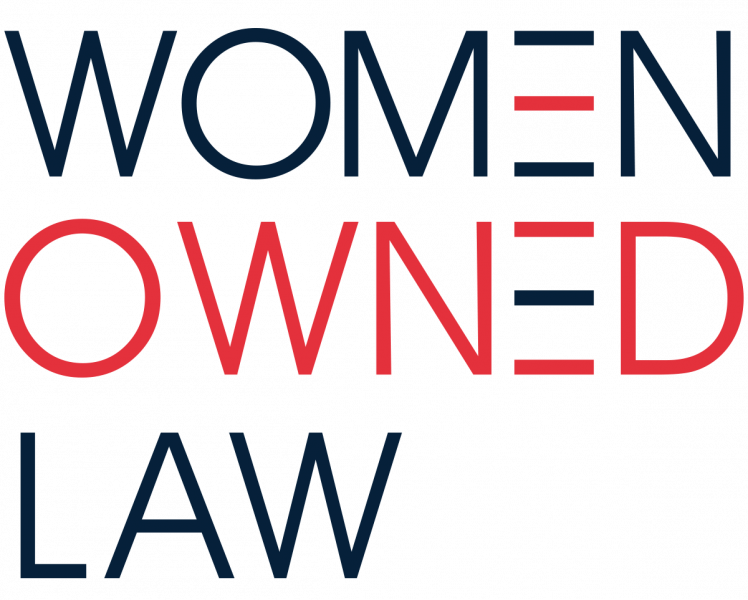 Women Owned Law (WOL) is a global community of women owned law and legal services firms. WOL provides a forum for women legal entrepreneurs, their clients and prospective clients, referral sources and strategic partners to come together, support each other and enhance each other’s businesses. WOL create opportunities for women owned law and legal services firms of all stages to access education, programming and other resources to start, build and grow successful business enterprises. WOL is dedicated to increasing the influence of and raising awareness about women entrepreneurs in the legal ecosystem.

WOL was founded in 2016 and is headquartered in Philadelphia, Pennsylvania WOL is a volunteer driven organization governed by a Board of Directors, currently comprised of 19 members, and has an Advisory Board, as well as numerous other volunteers. WOL has approximately 200 members in 20 states and in Israel.  WOL’s membership is open to all and includes women owned law and legal services firms, as well as many other individuals and entities that support WOL’s mission.