By sintecho • January 05, 2011•Sexism, Sexual Harassment, and Other Forms of Discrimination 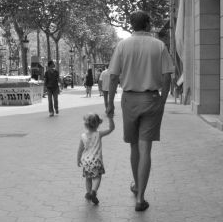 Kathleen O'Brien wrote an interesting piece "Christie's Family-First Defense for Blizzard Absence: No Woman Could Say That," which notes a double standard among professional men and women in regard to using family as an excuse for failing to meet a professional obligation.  At a press conference, New Jersey's Governor Christie stated that his obligation as a husband and father came before his obligations as governor, which accounted for his decision not to cut a family trip short to return to New Jersey to deal with the blizzard in a more timely manner.  Christie was seen as a charming family man--joking about his need to defer to his wife as a reason he couldn't be in New Jersey to deal with the aftermath of the storm (clean-up efforts were severely criticized, and hundreds of residents couldn't even get out of their houses for days).

True, the piece focuses mostly on political women, but their comments seem applicable to all professional women.  Christie Todd Whitman, former governor of New Jersey, noted that if a woman copied Christie's approach of blaming the spouse for not cancelling the vacation, "she’d get beaten up. They’d say, 'It must be her husband pulling the strings.'" Madeleine Kunin, former governor of Vermont, commented that "when a man professes his devotion to family, it’s considered a plus" but "it’s still questionable for a woman. You’d hear, 'See? Told you so. She can’t do this job.'"  Women also tread a finer line in terms of how their authority is viewed by others.  Kunin stated: "With a woman, people always feel there’s someone behind the scenes calling the shots," which makes attributing shortcomings to pleasing your spouse especially problematic.

All judgment aside as to whether Christie was right or wrong not to cut short his vacation, I think his comments are interesting because of what they illuminate about the current state of gender stereotypes.  If a woman said she couldn't cancel a vacation because her husband wouldn't let her, we might seriously worry about her leadership abilities (I admit that I would be in that camp).  When Governor Christie says his wife wouldn't let him even think about canceling the vacation, he seems like a likeable family man, but you don't really think for even a second that his wife is actually calling the shots.  When Governor Christie talks about making his kids a priority, it seems refreshing to see such a devoted father.  For a woman, who you might already assume prioritizes her children, the same comment would just seem like an excuse for not getting the job done.  Barbara Roberts, former governor of Oregon, observed that a woman could not be as forthcoming about her priorities "because that’s always the criticism of women: They’ve got kids, they need to focus on their family."

To be fair, Governor Christie isn't exactly getting off scott-free, but his family excuse certainly did not generate the same backlash it would have were he blaming his role as wife and mother instead of husband and father.