Are We Unwilling to Break the Glass Ceiling? 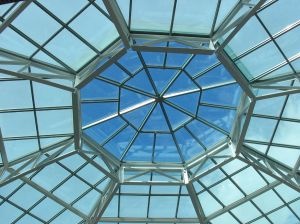 The article was based on data from the financial industry and quotes UK sources (which could account for a lot). Some of the theories put forth are applicable to law as well, especially given the similarities between finance and law in terms of hours and dedication required to make it to the top (and somewhat equal numbers in that 12% of the directors of the biggest banks in Europe and the U.S. are women while 18% of firm partners in the U.S. are women).

So, why are women still behind?

One source stated that "women are naturally more self-deprecating than men and won't ask for pay rises or promtions while their male peers will blow their own trumpets." I hate generalizations, but I have to admit that in my experience women are less likely to blow their own horns (or trumpets if you hail from the other side of the Atlantic). I've noticed even in myself a hesitation when writing up a bio to put in too many of my achievements for fear that I will look egotistical or condescending or like a braggart (I could think of a lot of other adjectives but all result in my hesitance to ever really put all my achievements out on the table).

Other conclusions quoted in the article were less persuasive in my opinion, like the contention that "women are generally less satisifed at work and more inclined to quit, making them unlikely candidates for promotion." (Big pause while we use our legal brains to tear apart the logic on that one). Are the women perhaps more inclined to quit because they're not being promoted or unhappy because their work isn't being valued? Surely this source didn't mean to suggest that women are perceived as more likely to quit than men from the get-go and therefore passed over for promotions on the off chance they might quit? Or that the solution to low morale at work is to avoid giving your unhappy (but perhaps highly productive and talented) workers promotions? Stereotypes and work environments that aren't women-friendly seem the most likely reason that women aren't promoted if "unhappiness" and "propensity to quit" are the cited reasons.

Another source stated that "senior bankers will promote colleagues they like and trust. Unless a woman is very political and can tap into these insular circles she stands less chance of getting a promotion." Old boys clubs, firm golfing events, and networking issues came to mind when I read this quote. I think it's true that many women's inability to tap into the same social networks (or perhaps unwillingness to promote themselves as cited above) as men is a huge problem in women getting ahead in the legal profession. What this article doesn't get at is the social cost of women adopting "male" behaviors. If women do become self-promoting and pushy (isn't it awful that this word is what sprang to mind as the correct adjective? I leave it in to illustrate my point) enough to join the traditionally men-only networks and activities, they pay a huge social cost. We've said it before, and I'll say it again. A man who does these things is confident and ambitious and a go-getter. A woman is a bitch and a ball-buster and a social climber. Many women are unwilling to pay this social price for professional success.

In a final depressing blow, the article cites a source with the answer to why men appear "more keen to succeed than women." In case you were wondering, "girlfriends, wives, peers and society, implicitly or explicitly, put pressure on men to earn lots of money and achieve high status. Men may feel a failure if they don't live up to these expectations. This pressure does not fall on women; indeed, women who have high-flying jobs are often under pressure to spend more time with their family at the risk of appearing to be bad mothers." Well, then. How hard can it be to entirely reorder society's expectations? Certainly we're up to the task, ladies.

The article concluded with advice from UK women who "made it to the top," which is certainly applicable to any woman trying to achieve success in a male-dominated profession:

1. "Don't consider yourself any different from your male peers." Louise Wilson (and, in slightly different words later in the article, Anne Richards)

3. "Just be yourself." Katherine Garret-Cox

4. "Don't leave your success or failure to chance. Take control, set your own goals and manage your career." Nichola Dobinson

A book on this subject was recently recommended to me:  "Nice Girls Don't Get the Corner Office: 101 Unconscious Mistakes Women Make that Sabatoge Their Careers" by Lois Frankel.  I've just picked it up but I have talked to a number of women that found the book to be enlightening because, after a little self examination, they found they were doing many of the things in the book unconsciously.