By Karen K. West • August 01, 2014•Careers,  Features,  Guest Bloggers and Profiles of Women in the Law,  Superwomen JDs and What You Can Learn From Them 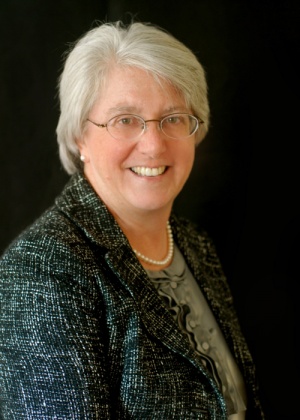 KW:  Where do you practice law?

JH:  San Luis Obispo County, California (“SLO”). Our practice extends to the neighboring counties of Monterey and Santa Barbara.  We also represent a number of clients outside the area with interests on the Central Coast of California.

KW:  Please describe your legal market.  How would you describe the culture?

JH:  The city of SLO has a population of around 45,000 full-time residents. San Luis Obispo County’s population is around 260,000, in a geographically diverse area spanning from the coast to inland farms, vineyards and rangeland.  The community was settled originally by farmers and ranchers and still enjoys a robust agricultural economy, however the presence of a highly-regarded state university here, and the desirability of lifestyle and livability has attracted entrepreneurs in many other sectors.  Central Coast residents value the physical beauty and recreational opportunities here, but there is also tension with a thriving construction and real estate development sector.

KW:  What are the industries that produce work for lawyers in your area?

JH:  California State Polytechnic University (Cal Poly), a state prison, state mental hospital (for criminal offenders), and county government are the largest employers in the county. After that, a handful of homegrown high tech businesses and agricultural interests dominate the private economy. The region has a robust agricultural community and a healthy wine industry that has grown dramatically over the last twenty years.  Real estate development has been flat over the past five years but is showing signs of resurgence.

Above all, though, SLO is prized for its spectacular natural beauty (from the ocean to the mountains and everything in between), making it a favorite destination for retirees, vacationers and entrepreneurs.  Graduates of Cal Poly frequently begin their careers elsewhere, always looking for an opportunity to return, and many do.  The county, particularly the coast, is a favored playground for folks in the Central Valley, many with second homes near the coast to escape hot valley summers.  Residential development has also traditionally been a source of work for lawyers.  The area has many real estate developers and contractors with attendant legal needs.

The legal work spans all practice areas, with no one sector dominating.  Most lawyers have a fairly wide client base and many lawyers practice in multiple specialty areas.

JH:  I am primarily a business litigator, with special emphasis on employment law (primarily for employers) and real property issues.  Our firm also has a busy business transaction/formation practice and provides estate planning and trust administration services.  We try to be one stop shopping for local businesses so we handle a variety of issues from formation to conflict resolution, through succession planning.

KW:  How did you get started in this practice area?

JH:  I came to SLO in 1990 when my spouse enrolled at Cal Poly to complete an interrupted college career.  At the time, I was a litigation paralegal with an insurance defense practice in the San Francisco Bay Area.  I was hired by what was, at the time, the largest firm in SLO County—a business litigation and transaction firm.  It had 20 lawyers.  There is currently no firm in the county with more than 14 lawyers.

After more than a decade here and experience as a trial paralegal and law office administrator, I returned to San Francisco for law school.  I was successful in school and had some choices in the Bay Area, however, I missed the pace and the lifestyle in SLO, so I returned to the firm I was managing before I went to law school and picked up where I left off, but with new responsibilities.  For me, the choice was about the people and the environment.  This firm and this place ticks all those boxes.

KW:  Do you think your practice is different because of where you live? If so, in what way(s)?

JH:  No question about it.  I have worked in large and small firms in urban environments, struggling to compete and practicing before judges and with opposing lawyers they may never see again.  In SLO, there are three civil judges.  We become very familiar with each judge’s style and preferences.  It allows us to prepare to represent clients with those unique qualities in mind.  In addition, there is little benefit to scorched earth, take-no-prisoner style of litigation.  You will face these lawyers again and the shoe could be on the other foot.  It’s not that deep divisions don’t occur here, it’s just that they are not the norm, as they seem to be in some communities. In general, our bench and bar are collegial and professional.

Although the county we practice in is considered rural, it is not unsophisticated.  In fact, because so many Cal Poly grads want to remain here after obtaining graduation, your waiter in a local restaurant may well have an advanced degree.  Our legal professionals are no exception.  Nevertheless, we are frequently underestimated by lawyers from outside the area, usually to their detriment.

KW:  What are good resources for women attorneys in your area?

JH:  The local Women Lawyer’s Association is very active and supportive, attempting to provide CLE programs of particular interest to female lawyers.  Women in SLO County are involved in local service groups (Rotary, etc.) and active in commercial activities (such as Chambers of Commerce).  There are a number of women-oriented groups with branches in the area, including AAUW, League of Women Voters and Soroptimists.

San Luis Obispo is a modern city but its traditional agricultural roots and domination of academic and government employment make it remain somewhat provincial. We did not have our first woman judge in this county until the 1980’s and she was alone there for more than a decade.  Our first female presiding judge was named this year.  Women here benefit from opportunities to network with other women.  Gender bias is rarely overt but it is present nonetheless.

KW:  What has been your hardest day on the job?

JH:  My hardest day on the job is any day that I am unable to obtain a just and satisfying result for a client.  I find it most unsatisfying when I feel the client is being forced to make concessions due to an inability to fund the cost of pressing their legal position.  It is discouraging that the cost of legal services regularly outstrips the value of legitimate claims.  Most of our clients are sole proprietors and small businesses and it is often difficult to reach fair results in business disputes when the opposing party has the resources to make litigation so expensive that a settlement for far less than what is owed is the only reasonable business decision.

KW:  What has been your best day on the job?

JH:  I like to win. My best day on the job is one where I obtain an absolute victory for a client.  The most satisfying, though, is where the outcome measurably improves someone’s life.  Those moments are rare, but precious.  One such was resolving a dispute between a 90 year old man and his former girlfriend, who claimed title to his home and was trying to evict him.  A mediated agreement was reached that ensured he could remain in his home.  He was so grateful.  I never expect gratitude, but it is nice when it happens.

KW:  What advice do you have for women attorneys following in your footsteps?

JH:  You are unique.  You do not have to mold yourself into someone else’s view of what a lawyer (or a woman lawyer) is like.  You can be assertive and effective without being obnoxious.  You know what you are good at.  Emphasize that in your practice and you will project confidence and competence, which is what your clients truly want.

KW:  Any additional stories, anecdotes, or thoughts on practicing in your practice area or location?

JH:  Several years ago, I was involved in a case with a particularly difficult opposing counsel, who was from out of the area.  An all too common occurrence, counsel had the attitude that no one in our little county could possibly know as much law as he did, so he took outrageous positions and tried to bully results.  He filed an ex parte application, hoping to bully me into accepting his position.  When we arrived in court, before the judge took the bench, the bailiff and I chatted about a local high school sports team both our children were on, and the clerk asked about my recent vacation (strictly a coincidence—I did not know the clerk well, but it gave the appearance we were old friends).  When the judge took the bench, the opposing counsel started blustering and making hyperbolic statements about our dispute, accusing me of all manner of misconduct.  When he was done, the judge turned to me, greeted me by name, smiled and asked for my response, which I delivered in calm, measured tones.  The application was not successful.  I’m sure the lawyer thought he was “hometowned” but in reality, his own over-the-top conduct was responsible for his defeat.  He did meet a form of local bias, however:  this is a community that values civility.

Ms. Heath was named a 2004 University of Michigan Bergstrom Fellow and completed intensive advocacy training in child welfare law in Ann Arbor. She was awarded a State Bar Foundation Scholarship and earned a Public Interest Certificate and USF’s Pro Bono Publico award for volunteer legal services to the community during law school. Her comment “Who’s Minding the Nonprofit Store: Does Sarbanes-Oxley Have Anything to Offer Nonprofits?” was published by the USF Law Review in the fall of 2004.

A Message from the Author:  I hope you find our lineup of interviewees interesting and their input useful.  If there is a female attorney you would like me to include in this blog, please contact me at attorneysacrossamerica@gmail.com and include the contact information and brief biography of the potential interviewee.  I look forward to and will consider all suggestions.

A great interview! And I’m not just sayin’ that because I work at her firm!