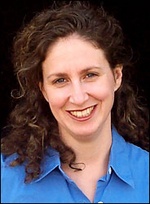 I loved this essay and blogged about it at MyShingle.com over <A HREF = “http://www.myshingle.com/my_shingle/2007/03/does_worklife_b.html”>here</A>.  I constantly struggle with feeling that I’m doing a subpar job both at work and with my kids.  But I guess the alternative is to flunk one subject or the other and that’s not ideal either.
Also, not to burst your bubble, but even when the kids gallop off to kindergarden, you’re not off the hook.  Granted, it gets easier, but you’ll still want to be around when they come home from school and you’ll realize that a day that ends at 4:15 doesn’t enable you to get as much done as one that ends at 8 or 9.
Carolyn Elefant
Law Offices of Carolyn Elefant, Washington DC
http://www.carolynelefant.com
My Shingle.com - Inspiring Solo and Small Firm Lawyers

I enjoyed this as well, as I enjoy all of your work.  Great job and great points! Niki Black Of Counsel, Fiandach & Fiandach
Publisher of Sui Generis blog (http://nylawblog.typepad.com)

this is only half the story. Employers may be starting to appreciate moms but when we stay at home we are not paid. Therefore I have yet to meet a woman who has a FULL PENSION the essential work of childrearing is difficult, often thankless and without economic reward. Without the toil that Moms do for free, however, we as a society become less human and posterity becomes more robotic. There problem is not that these tasks are non-essential. On the contrary, these tasks are fundamental to human identity itself. But why must these tasks remain unpaid and unreflected in pension system that provides income in old age for hard work well done? Here is an easy example: First Lady Michelle Obama graduated Harvard Law School and is legendary for recruiting the man who became her husband and the First Black President of the United States to her law firm. She worked hard on all the Senate and Presidential campaigns and plenty of people voted for him because they really like her. But when her husband became President, she became, by her own description, “Mom In Chief”. Sure the First Lady has security guards and a nice place to live, so long as she stays married to the President. But what about her pension? She may not maxout on her pension program because of the very vital and important Mothering and wifestyle that is her official work. And the significance of this disparaity is not erased by claiming that she had inherited family wealth Because I have yet to meet a maxed out pension woman personally despite my wide range of friends ... some at a very high level ... and because i know so many men who will have most or all of their pension rights and because in Europe it is illegal upon divorce to request a future ex-spouse to divest their rights in the other spouse’s pensions. Perhaps there is an unspoken but very powerful form of embedded sexisim in our economic policies. It is potent because it can unjustly punish women for raising their own children. Women are accused of becoming liberated and leaving the kitchen but actually it is that men leave the house. And we all buy fast food these days, even the ladies of very religious traditional families! Therefore, the gaping hole in the cultural matrix of our society is the freedom with which men leave stable permanent relationships and women are told to move on, quit whining get on with your life and forget your ex-spouse who is such a @%%X&%/. Well even if all that is true, who is going to FIX the economic damage that they have done? Such expenses are not recognized in most custody battles so they have no economic value under law. Lest you fear this is merely some long tirade I shall stop writing here by saying merely this PENSION EQUITY IS THE LAST BATTLE FOR WOMENS RIGHTS Pension equity remedial legislation can repair the damage, simply by examining the earnings record of each spouse and if there is a disparity of more than twenty or thirty percent in the availability of pension funds, the new legislation could correct it by compelling the higher-pensioned-spouse to reimburse the lower-pensioned-spouse, thus restoring economic equity for the years spent out of the pension system while childrearing and doing those caretaking chores that Moms do for free.  Otherwise the economic disparity between men and women will make th wage and hour gap look pale by comparison. Our society could build a dam against the next wave of the feminization of poverty by legislating these economic rights!  I know how to draft the law, All we need is a constituency to support it.