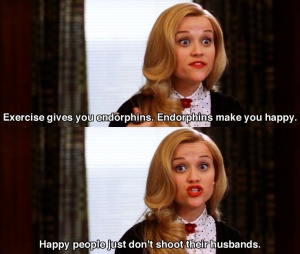 If You Could Do Anything You Wanted (Career-Wise), What Would It Be?

For me, it all started when my husband received one of those “too good to pass up” job opportunities.  The problem was that it required a move to the other side of the country, far away from my clients and my career.  Being equal spouses with equally important careers, we had been committed to remaining in our Midwestern city.  But even I had to admit this one was different.

A few weeks later my husband and his suitcase boarded an airplane from the frozen tundra to the sunshine state, only to return on occasion as a visitor.  I stayed in the land of the cheese heads for many more months, for I was in the midst of one of the most important transactions of my career.  And there was a house that needed to be packed up and sold, clients that needed to be informed, and more things to be done than I had ever imagined possible.  Do you know it requires special immunizations and a certification from a veterinarian to take animals on an airplane?  I didn’t, but I learned.

For a while I remained a partner with my firm and split my time between cities.  While the frequent flier status was nice, the constant travel became more than just tiring.  I was never in one city enough for my clients and my firm.  I was never in the other city enough for my personal life.  I felt like I lived nowhere and everywhere at once.  About a year later, possibly sensing I was going to lose what little sanity remained, my husband said these life-changing words to me: “You moved across the country for me.  Now you get to do whatever you want.  Work.  Don’t work.  Work for free.  It’s up to you.  Just do whatever it is you REALLY WANT to do.”  Be careful what you wish for, people, because you just might get it.

I could have stayed in my comfort zone.  I could have joined a law firm in my new city and picked up where I had left off.  Or I could have taken a chance and done something completely different.  I chose the latter.  I just had to figure out what it was that I really wanted to do.

Realizing I was woefully unqualified to be the Secretary General of the United Nations, I needed another plan.  Saving the world seemed a bit nebulous and out of reach.  And Megyn Kelly had the market cornered on super-smart attorneys who debate important issues in front of a national audience while wearing her Louboutins.  All of my best ideas were taken.

Law professor, I thought.   I should be a law professor.  I could spend my days buried in books (which, while it may sound like the first circle of Dante’s Inferno to some, is pure bliss to me).  I could be surrounded by incredibly smart colleagues.  I could help shape the minds of optimistic young people who want to save - or conquer - the world.  I loved school from the first day of kindergarten through my last law school exam.  So why not spend the rest of my career immersed in the academic world?  I had finally figured it out.  I had a plan.

There are 200 accredited law schools in the United States.  In a given year a particular law school may hire one or two tenure-track professors [1].  Or it may hire none.  In 2014 (the year in which I joined the tenure-track ranks) only 73 people were hired into tenure-track positions nationwide [2].  You read that correctly.  Only 73 people won the law school hiring game that year.  Those 73 people became faculty members at an aggregate 49 law schools [2].  What about the other 151 law schools, you ask?  Collectively, they did not hire a single person.

Had I known any of this at the time, I would have assumed I had zero chance of becoming a law professor.  I would not have even bothered to submit my resume.  While I graduated from a Tier 1 law school, I admit that Wisconsin is not Harvard, at least not in the eyes of the academic elite.  I had zero teaching experience.  And I had over a dozen years of experience in the practice of law (which, in the academic world, is actually viewed as a negative).  To make matters worse, I sent my resume to the only law school within driving distance of my house.  At best, I did not meet the majority of the traditional hiring criteria.  At worst, I was woefully unqualified.  Ignorance is bliss, though.  Ignoring all data, commentary, and reason, I set forth on my trip through the law school hiring maze.

In case you hadn’t gleaned this already, I got the job.  How did that happen?  Why, you ask, was I successful in my plan?  It was not because I was the perfect candidate on paper.  It was not because I graduated from the “right” law school.  It was not because I met all or even a majority of the hiring criteria.  Maybe it was just dumb luck.  Maybe I was in the right place at the right time.  Or maybe my personality is just that dazzling.  I don’t know.  Whatever the reason is or is not, there is one thing I know for certain: it never would have happened had I not taken a chance.

In the past I had only pursued positions for which I met or exceeded ALL of the qualifications.  This time, though, I took a risk.  I interviewed for a position for which I was underqualified (by traditional criteria) and had no directly relevant experience.  I was willing to risk the possibility I would not get the position.  I was willing to risk the word I feared above all else: failure.  I had no reason, other than my belief in myself, to think I could transition my expertise in the practice of law to success in academia.  There are a million reasons why I should have failed in the quest for my dream job.  But I succeeded.

Why This Story Matters

I could have easily been one of the subjects in the Hewlett-Packard study.  In the past, I only submitted my resume for positions for which I met ALL of the qualifications.  I only went after opportunities that were within my comfort zone and where I knew I had a high likelihood of success.  I never would have even considered submitting my resume for a position for which I met only 60% of the hiring criteria.  Yet men do it every day.

Men vs. Women: Just One Example

In the early years of our marriage, my husband and I were singularly focused on building our respective careers: me, as an associate at a national law firm; he, in the finance field at a Fortune 500 company.  As you probably gleaned from the stories above, my approach was to work incredibly hard, do everything right, and wait it out until the firm realized my brilliance and made me a partner.  My husband’s approach was vastly different.

My husband - let’s call him Kirk because that is his name - took charge of his career.  As a young professional Kirk did not wait for his genius to be noticed.  He did not wait to be plucked from the obscurity of the cubicles.  He took action.  He was not afraid to seek guidance from the senior executives.  He found a mentor in his boss’s boss.  Together they charted out a path for Kirk’s career and, over time, made it happen.  Kirk proactively asked to be put on more challenging projects.  He let people know that he was hungry for success.  He studied what he did not know and reached beyond his comfort zone.  He did everything I never did to proactively manage his career and assure his rise in the corporate world.

Most importantly, Kirk took risks in his career that I never would have taken.  A decade ago he declined a significant promotion at his company to accept a similar position at a smaller, less well-known company.  He took the risk because he thought it would be a better long-term career move.  At the time I told him I did not see the wisdom of leaving a company he loved and where he was well-established on the hope that the new position would be more beneficial in the long run.  I now readily admit he was right.  I was wrong.  A few years later he did it again.  He took another big risk on the promise that a new position would be better for his career long-term.  And so we left the city we knew, the lives we knew, my firm and my career, and we moved across the country for him to begin again.  And, again, he was right.

Had Kirk not been willing to take two significant risks in his career (neither of which I would have done), he would not be where he is today.  He would not have risen to become the Chief Financial Officer of a publicly-traded company before he reached the age of 45.  I see it so clearly now.  He took charge of his career.  He took chances.  He did not let the fear of failure hold him back.  He took risks I never would have taken.  And his success today is because of that.

It is at this point in the article when most (male) writers would insert some sports-related quote.  It would say something about how you miss 100% of the shots you never take, or how you need to skate to where the puck is going and not where the puck has been, or how it isn’t whether you get knocked down but whether you get back up.  You get the idea.  But I have never been much of a sports fan.  So I choose a different example.  I choose Elle Woods.

Be like Elle Woods.  That is my advice to you.

I imagine this makes no sense unless you have seen the film Legally Blonde staring Reese Witherspoon [5].  If that’s the case, then cue up Netflix, watch the movie, and meet me back here afterward.  For those who have seen the film, please read on.

So here is my advice to you.  Strive to live every day like Elle Woods did after Warner told her that she was not smart enough for law school.  Live to prove him wrong.  Raise your hand.  Speak up.  Do not be intimidated by those who purport to be smarter than you.  Push yourself to work harder and achieve more than what is expected of you.  Be determined.  Be ambitious.  Take chances.

Be bold.  Take risks.  Do not be afraid of failure.  Go for the job you want, even if you are not quite qualified.  Have the confidence to know you can do it.  Bluff a little if you must.  You may not have the highest IQ score in the room but you have other strengths and talents.  Find your strengths and talents and use them to your advantage.  Do not wait for the future to happen.  MAKE your future happen.  And most importantly, be true to yourself just as Elle Woods was true to herself.

And for those of you who are wondering, when I submitted my resume to the law school I did not put it on pink paper.  But I wanted to.