By Anonymous • February 11, 2007•Careers,  Firms and the Private Sector 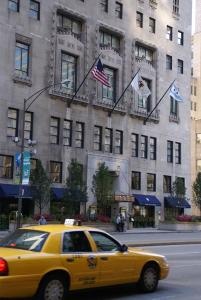 So often the question is asked- why do so many women leave big law firms in droves? Why don’t they stick around and make partner? Are they being forced out? The answer to that question seems like a simple yes when we look at the numbers. Why else would women be leaving at these rates from prestigious high-paying jobs? After considering this, however, I came to a different conclusion. Maybe women don’t leave law firms because we have to- maybe we leave because we can. Let’s face it- BigLaw is known for being its high salaries- but also its ridiculous hours and crippling stress levels. It’s not exactly what you would call a dream job. Positions like in-house counsel might not pay you seven figures, but you won’t be working seven days a week. And government and public interest may not be able to match the salary, but would provide less demanding schedules and more personally fulfilling work. It’s no surprise that lawyers might want to abandon the big firm life for the benefits that these positions provide. So if the lifestyle advantage is so appealing, the question isn’t necessarily just why women leave big firms- the question is why do men stay? My experience with many of the men I know in law school tells me that the stay because they are more concerned with being providers for their families than they are with job satisfaction. I know many men whose wives will stay home with the children while the husband is off at work. I do not know a single woman who plans to be the sole provider for her family. That’s not to say they don’t exist- but I would venture a guess that they number far fewer than their male colleagues. I believe this gives us more options- we are free to look beyond the salary for a job that will make us happy, not just make us money. Maybe the numbers we’re seeing then don’t reflect discrimination against women but societal constraints felt by men that keep them where they are. We could call for flexible hours at BigLaw firms, claim that’s why women leave. And it’s true that the hours are constraining. But we also need to be realistic. If the hours are less, the salary would be too. It is, after all, a business- the firms are designed to make money for the partner, not to make things easy for the associates. That’s not to say of course, that positive change can’t be made. What I will say is that a lot of the problems are structural and may not be able to be adjusted. Now I know that if you’re still reading this, you must be thinking that I am a law firm hater. Not so. Being a partner at a law firm is a great job- for some people. Probably not for me though, at least not in the long run. And probably not for some of the people who are partners at firms; I doubt everyone is there for the love of corporate law. I mean really -how many people say in their personal statement that their dream job is to defend the big corporation from the little guy’s lawsuit or litigate over ERISA (which I doubt most of us had heard of at that point)? When you think about it that way, it makes a lot more sense that people jump ship from the BigLaw firms to pursue other options. If my theory is correct, this is one of those times that it’s good to be a girl.

I think one unspoken assumption here is that most women in a law firm are straight and likely to get partnered up with a man who has the same or better earning power and career opportunities as the woman. This isn't always the case and if you look at the few women law firm partners you'll see that the choices run the gamut. There are women, like me, who have partners with similar, intense careers; I also know multiple women partners whose husbands are the ones with the flexible schedules and who are earning low/mid 5-figure salaries.  Others are single (and single parents) by choice and not by choice.
From my male colleagues and friends I often hear "As a man, I envy women the choice to opt out/off ramp/go flex time *because they can*," which is an easy way for them to avoid addressing issues in the workplace that can and should be addressed, like whether the hours and the unrealistic deadlines are truly necessary.
Law firm practice has followed a similar model for years and years. This model, which developed when men worked outside the home and women worked inside the home, has traditionally been unfriendly to women/families, in part because public perceptions about women's work and women's roles haven't really caught up to the fact that most families have 2 wage -earners.  The "because we can" argument allows those in power to sit back and avoid analyzing the underlying question of whether the model no longer works now that most families involve 2 wage earners.
This does not in any way mean that I begrudge the women who opt out "because we can;" if you have that choice and choose it, then by all means, go for it! But for the women who stay in law firms because we choose to, or we are bound economically to do so, we should always examine whether the systemic reasons why women don't stick around to make partner are curable.
P.S. Practicing law in a law firm isn't always being on the "wrong" side either - it usually takes a genuine disagreement on the interpretation of the facts to end up in a lengthy litigation. Sometimes I wonder why our client didn't settle sooner; other times I wonder why our client wants to settle at all.