Being female is a non-issue

By Julie Schaffer • June 13, 2007•Sexism, Sexual Harassment, and Other Forms of Discrimination 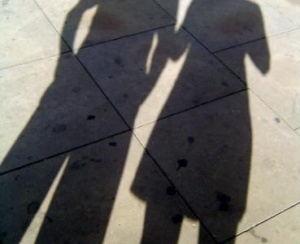 As a woman entering the legal profession, I am hopeful and encouraged. Thus far in my legal education and externship experiences I have been surrounded by capable and confident women. I am encouraged to see that being female, at least in my legal experience, is essentially a non-issue.

In applying for jobs, positions on law review, research positions with professors, and other competitive ventures, as well as in signing up for classes, my female colleagues and I have never once discussed our being female. Rather, our conversations focus on our individual qualifications and interests. I simply have not seen women in my law school counting themselves out of opportunities based on their sex. It is, as I said, a non-issue.

I have seen this same mindset amongst female attorneys outside of the law school environment. Most importantly, my mother has served as a pivotal role model for me as I have embarked on my legal career. Initially a public health nurse, she decided to pursue her passion and attend law school. She aced the L-SAT, received a full ride to Gonzaga law school as a Thomas Moore Scholar, and graduated first in her class, all while being an incredible mother to two young children and a loving wife. After law school, she took a position clerking for a federal district court judge, and 20-some years later, is still working as his career clerk. She loves her work and has never seen her being female as a barrier in her professional life. Her self-image has encouraged and empowered me throughout my life, and is especially important now as I follow in her professional footsteps.

Another female role model I am incredibly privileged to have is the judge with whom I externed after my first year of law school. Watching her on the bench was inspiring. She is a confident, decisive and assertive woman who embraces being female. A couple of times during courtroom proceedings male attorneys made what they thought were teasing and harmless comments about women. She immediately stopped the proceeding and made it extremely clear that such comments were not only outdated and inaccurate, but were also offensive and inappropriate in her courtroom. She did so with a stern and demanding voice, all while maintaining her professional demeanor. I hope to acquire such poise and unwavering confidence in my professional and personal life.

This summer I will yet again be surrounded by strong-headed and intelligent women. The staff at the non-profit organization I am working with consists entirely of women. Their expertise ranges from science to policy to law, and they are all passionate about saving the natural environment in which they live. I am excited to work with such accomplished people.

I am optimistic about women in the legal profession. From my experiences thus far, I have found that being a woman is not an impediment in the legal field, but rather a source of pride and confidence. This has been instilled in me by my classmates, by my mother, and by accomplished female attorneys.