The Best Advice I Never Got: On The Feudal System, Knowing Less Than You Think, and Flawed Statistics 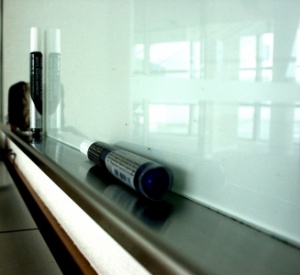 Editor's Note: this essay was submitted by Gretchen, in response to the 2010 Ms. JD Scholarship prompt: What's the best advice you never got?

1. 15th century England can be described as The Feudal System.

“Thomas,” called out the school’s legendary civil procedure professor, “What do you think of when you think of 15th century England?”

“Medieval.” I answered gingerly, not really knowing what this has to do with the string of federal subject matter jurisdiction case law we were assigned for the day.

With a disappointed look on his face, the professor pointed to someone else who called out “Feudal System.” The professor’s eye’s brightened up and demonstrated his knowledge of history of England and jurisdictional issues. On the first day of class, I was wrong, someone else was right.

For awhile after this, I hesitated when called on. I wish I’d known before starting law school that the Socratic method truly is for the educational and professional benefit of the legal scholar, and the fear which can sometimes engulf a baby 1L can be used as a tool for greater learning. Of course we all learned this quickly. Still, it might have been nice to explicitly hear:

Because of the anonymous grading system, the answers you give to professors have no bearing on your final exam grade. Of course your classmates might start rolling their eyes once you begin to open your mouth, but you will wish you’d answered more questions even if you don’t know the answer. You will learn more if you take a shot in the dark instead of clamming up in silence when you are called on.

2. You know a lot less than you think.

After completing first semester, most people feel a strange mix of relief and pride. It’s hard to believe anyone could cram that much information into her brain in just 16 weeks.

Once finishing an entire year of law school, a student might reach a level of confidence as she starts to notice legal issues in everyday life and conversations, and of course friends and family start to ask her opinion about one thing or another.

Since starting a summer internship in public interest, I have learned just how little the first year of law school actually prepares a student for real practice. Public interest work does have connections to the topics you will learn through out first year, but really the knowledge you gained is less important than the skills you honed. Research and analysis skills are extremely important for public interest jobs.

So before starting a public interest internship, I wish I’d known to brush up on how to research without a legal library nor an electronic database such as Westlaw. Although some public interest jobs have a variety of resources, others don’t have the budgets to afford print reporters let alone a pricey electronic database. Who knew city municipal codes were available in a free online database?

3. There is no such thing as a true statistic. (or Getting married before law school is beneficial.)

A couple of fellow 1L’s and I shifted in our chairs the first day of orientation when a speaker’s announced that 3 out of 4 relationships will fail during law school.

My first thought was that this speaker making such broad generalization probably did not take a statistics class, which would have told him statistics can be swayed and manipulated for the purposes of effect and exaggeration. My second thought was fear…would it be me? Will I be doomed to such a horrible fate? What do I have to do to be a part of the 25% lucky group who get to stay together?

Throughout the semester each section of the 1L class witnessed breakups, make-ups, and in my own section 3 weddings! And despite my husband calling me “roommate” rather than “wife” during final’s season, being married during law school is a source of strength, motivation, comfort, and security.

A better statistic or advice would have addressed the advantages of long term relationships, however new, and the joys of having someone get to witness your life during a very intense and competitive chapter.