Between Barbie Dolls and Bitchy Lawyers

By Anna Czapla • June 13, 2007•Sexism, Sexual Harassment, and Other Forms of Discrimination 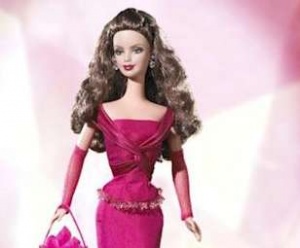 Anna wonders how aggressive to be in her legal career. When she was little, she only played with Barbie dolls as makeshift footballs. These days, that would probably get her labeled "bitchy" just like her oral arguments do.

"Toughness doesn't have to come in a pinstripe suit."

I am so thankful for all of the women that opened up the doors of the law profession to the women of my generation. I don't know how they did it. So many double standards and tough choices still exist for women lawyers today. The two I have noticed the most in my short time as a woman in the law profession are choices about whether or not to raise a family, and whether or not to act as aggressive as male lawyers.

There are so many tough choices for women to make concerning whether or not to raise a family and still practice law. On one extreme, the Catholic Church told me in one of its many marriage pamphlets to have as many babies as possible and to take off work for three years after each child was born. On the other side of things, my family law professor told me not to even get married, but if I did, to definitely not have any children. Meanwhile, men do not face any pressure to stay home and sacrifice their law careers to raise children. After all, it would be a waste of their law degree to do so, though I'm pretty sure I paid the same amount of money and put in just as much effort as they did to get my law degree.

Another challenge that I have face involves aggressiveness. It seems like I never know how aggressive to act at law school or work. I was a tomboy when I was little. I never played with Barbie dolls unless I was using them as makeshift footballs. I have acted in a very aggressive "male" way since I was little. In law school, I have had to rethink this behavior. During oral arguments, my aggressiveness would come across as "bitchy" or so my teachers told me. I felt like I was acting with the exact same amount of aggressiveness as my male counterparts. It was fine for them to act that way, but I had to learn a different approach, a more "feminine" one, if I was to convince judges that I was on the right side of a legal issue.

Luckily, there are many more female role models in the law profession than there were a mere decade ago. There are many women I can ask for advice. My professors have been supportive and I have learned a great deal from their experiences. I can only hope to encounter more strong women like these in the legal profession. I hope I can be a strong role model for the next generation of women lawyers, and maybe give advice on whether or not or how to raise a family and still work, or how to act with the requisite amount of aggressiveness. We've come a long way in the legal profession, but there is still a long way to go.

I look forward to a time when you do not have to do the aggressiveness/bitchiness dance.  I think it is why I have not felt "feminine" all my life.  Be subtle.  Think of yourself as a guerrilla warrior.  The progress you make will take all of us to a better place.  It is back to that scale that Lady Justice balances.  I am proud of you everyday.

In my experience, women who step out of their social roles are pushed back into place by being told they are acting "bitchy" or "unfeminine" or being attacked for other "womenly" deficiencies (I guess if you are convinced you need to lose weight or that you need to spend an hour every morning doing your hair, you automatically have less time to hit the books and are less of a threat since men and women both have the same 24-hour days to work with).  When I was in law school, I observed that when women who talked a lot raised their hands, men, and even women, in the class would often look at each other and roll their eyes.  A friend of mine told me she sat behind a guy who was IMing with a friend and wrote "Why doesn't she just shut her mouth and join Jenny Craig?" when a woman who spoke frequently was talking in class one day.  Even men who are called gunners are rarely, to my knowledge anyway, maligned for their physical appearance when calling attention to their intellectual abilities by talking in class.  It's easy to write off these observations as isolated incidents with a few backward men and jealous women peers, but I think it's bigger than that.  All of these individual reactions form an environment that is often hostile to women shining in class or later professionally.  It shames me to say it, but fear of drawing such negative attention to myself often kept me from raising my hand every time I knew the answer.  I didn't want to attract too much notice (or criticism).  I think women are silenced a lot by the negative attention they receive by succeeding in a traditionally male enterprise.  I also think that on a subconscious level, even people who support equal rights respond negatively to strong women, probably because of all the messages we all receive all our lives about what it means to be a successful woman versus what it means to be a successful man.