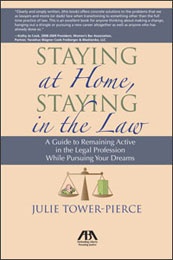 Thirty years after joining the workforce, my mom still half jokes that she does not know what she wants to be when she “grows up.” As a child, I would laugh at her and tell her she was grown up.  Well, I now know that grownups change their minds. Even grownups that are in law school or have graduated from law school.

I entered law school after having worked as a fundraiser for a non-profit for a few years. I always knew that my long term goal was to work in non-profit management, but I assumed I would work for a government agency or some other public interest entity first. You know, doing “real” legal work.

After my first year of law school I realized I had no interest in practicing law, a fact that led to some panic given the amount of money I was spending on a legal education. I went to a few panels and career center talks about how you could “do anything” with a law degree. The problem was, it was hard to find specifics. What was this “anything” the career counselors were talking about and what were the first steps I needed to take? That was usually the part in the panel discussion were things either (1) got a little vague or (2) sounded silly. The presenters seemed to be saying things like, “You can be a substitute teacher! With a law degree!” Ok, but I could be a substitute teacher with a lot less debt or (better yet) a teaching degree. How will a law degree help me?

I then started googling and buying books, including Munneke and Henslee’s Nonlegal Careers for Lawyers. Nonlegal Careers is aimed at students who do not intend on practicing, as well as experienced attorneys who are looking to change careers. I found the book helpful as a tool for looking at the big picture, but I did not find that it gave me the practical “next steps” outline I was hoping for.

The first few sections talk about what a “nonlegal career” is, as well as an overview to general job hunting. Frankly, I didn’t think these sections offered any new or groundbreaking information. Where they did have value, was in convincing me that I wasn’t alone. Once you’re in a law school or a law office it is easy to feel like you’re the only one who wants to do something other than practice; the first four sections of this book convinced me that I was not blazing my own path.

The remaining seventy-five pages provide a listing of careers that are not in law firms and how your legal skills may be applicable to those professions. Again, helpful in a big picture sense but nothing ground breaking. As a law student, I was hoping for a little more concrete advice.

Bottom line: If you are just beginning to think about changing careers or starting your first job out of law school in a nonlegal position, this book may help to get the wheels spinning. It also might help you get some ideas about how to best craft your resume. If you already have an idea of where you want to be but need guidance on how to get there, you might want to look for something a little less general.