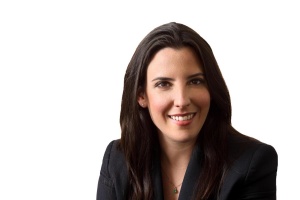 For this month's post, I am thrilled to feature my fellow CUNY Law alum, Jennifer Frankola Crawford. Jennifer is an experienced attorney, arbitrator, and human rights advocate with blue-collar/working-class roots. As an arbitrator, Jennifer hears cases and renders decisions based upon New York State’s Insurance Law. In addition, Jennifer maintains an active practice in education law, representing families of children with learning disabilities and developmental delays. Further, Jennifer engages in pro bono work involving human rights issues, including handling immigration/deportation cases, and she collaborates with other lawyers to design and host CLEs.

In this interview, Jennifer describes how her family's history, including her parents' immigration to the United States, influenced her career trajectory. She also offers excellent advice to first-generation law students and lawyers, and she even shares an exciting internship opportunity.

Could you tell Ms. JD blog readers about your background - what prompted you to apply to law school and how has your blue-collar/working-class family influenced you?

My mother graduated from high school and spoke both English and Irish. She arrived in New York at the age of 17. She knew a handful of people from her area of Ireland and the Irish community was strong and tight-knit. However, a young woman with no other family here presented with its own challenges.

My father desired to be an engineer or pilot, but the Yugoslavian government back then limited his choice to either a bricklayer or a cook. My father, already knowing how to lay bricks, chose to train as a cook. He tried to escape. Twice. His first attempt was unsuccessful. He was caught at the Italian border, beatened, jailed and returned to his rural village where he was then essentially blacklisted from employment opportunities. The only chance for him was to leave. He tried to escape a second time and was successful. He crossed over mountains in the dead of winter. He avoided search dogs and police and found himself crossing the border into Italy, taking a train to the border of France and, again, faced the obstacle of the treacherous Alps. On a mountain goat path used by many refugees called Passaggio del Morto, he crossed the border from Italy into France, where he was able to connect with his cousin and brother who had been living and working there for a few years.

He eventually made his way to New York.

Growing up, Dad worked long hours in the back kitchens of fancy restaurants in New York City. Later, he donned a boiler suit to fix the boilers and oil burners of NYC apartments. He worked as a contractor, a painter, a handyman. English was his third language. He still is working on its mastery.

Mom worked a number of “pink collar” jobs, from typist to hairdresser, medical record secretary and hospital floor receptionist. Women had different and limited opportunities back then and she was certainly expected to be the main homemaker. No matter what though, Mom always worked. Both clocked in many years for their Unions.

Throughout my grammar school days, Mom would have to get to work at 7am, so Dad would drive me to school in his work truck. I would ride atop of an upside down plaster bucket in between the front two seats. I’d walk home from school and phone my mother so she knew I was home and wait for her to arrive at 5pm. Dinner was at 6pm, but Dad was rarely home before 7pm. After dinner, he had one can of whatever beer was on sale that week as he watched his beloved New York Islanders before retiring for the evening.

They worked hard, saved their money and were very conscientious about their reputations and family name. As traditional and “old school” as they were, in many ways, they were quite progressive, adventurous and embraced the democracy and amazing opportunities afforded to them in the United States including their opportunities for work.

I share these stories because it is part of my story. It’s my history and I will never forget the sacrifices both my parents made in order to have a better life for themselves and their children.

Education was key. I knew this at a very young age and set goals and dreamed big. I embraced every opportunity that came my way. Education, to them, distinguished people and afforded opportunities not otherwise available to them. Throughout the years, I saw how lawyers helped my parents and their friends achieve goals they couldn’t otherwise. From immigration to real estate transactions, to starting business enterprises and elder law matters. I was determined to choose an educational path to help me achieve a degree that would not only allow me enter a noble profession, it would also allow me to help others and my family.

Prior to law school, I was a teacher in NYC. I received a full scholarship to pursue a Master's degree at NYU while teaching in the Bronx. The experience and the degree helped focus and fashion my earlier legal work in the area of education law and civil rights.

While I still have an active practice in education law representing families of children with learning disabilities and developmental delays, I have also gained experience as a judicial intern to a federal judge in the Southern District of New York and, for many years, at a private civil defense firm near Wall Street. I have worked on criminal matters, immigration matters, real estate and commercial transactions and, more recently, international human rights issues in my role as president of the Brehon Law Society of New York.

For the past two years, I have been appointed by the New York State Department of Financial Services and contracted with the American Arbitration Association to hear cases and render decisions based upon New York State’s Insurance Law. It has been a great experience and allows me to learn the role of a neutral and decision maker. In trying to explain my position to my parents, they are very proud and think I’m a judge; I’m not, but I tell them, maybe one day.

What were your biggest challenges as a law student?

Wow. Where do I begin? From learning the language of the law and literally learning how to pronounce certain legal terms (admittedly, I botched the word “statute” on a number of occasions during 1L) to asking for help when I was stuck (either academically or emotionally/ego wise) to meeting privately with the Dean to get pointers on how to dress and how to speak during interviews, I felt like I had a lot to learn and if I wasn’t going to learn these things during law school, I was going to have a hard time learning them after graduation.

My family didn’t have any lawyers in it. I felt like I didn’t have many people to turn to ask questions. While I attended a law school wherein some of its students were also first generation lawyers, I found that a number of my law school classmates had lawyer parents or some kind of close relatives or family friends who were lawyers. Others had college educated professional parents. There is a certain privilege in that. It’s a blessing. Conversations with my parents and family about law school, the law, internships, job searching, and the Bar exam were very limited. My parents would often tell me, “Jenny, you need to surround yourself with other lawyers to understand what it takes to succeed as one.” That was there subtle hint to me that they were only able to guide me so far.

In their wisdom, they were imparting to me that they’ve been down this road before...in their own way.

Much like their need to assimilate into American culture, I had to learn a new language and embrace a new culture: the culture of law.

It was often a steep and lonely learning curve, but I met so many amazing and inspirational lawyers who have walked with me, helped me climb and opened doors along the way.

What are your best networking tips?

Always be yourself. Dress up. Show up. Do more listening than speaking. Follow up.

What is one piece of advice you would give to a first generation law student?

Work hard, aim high and be kind to everyone. You can do this. Just because your dinner table conversations growing up didn’t include an analysis of constitutional law as it applies to the news or current events, doesn’t mean that you’re not capable of learning it and doing it. Law School is intended to work your brain, test your confidence and stretch you beyond your comfort zone. Don’t be afraid of it. You can do it. On your journey, be kind and be sure to collect friends along the way. The world is getting smaller and smaller these days, even in a large metropolis like New York City. You never know who may be in a position to hire you or grant you the adjournment you’ll need one day.

What do you enjoy doing when you’re not at work?

When I’m not at work, I first and foremost enjoy spending time with my family: my husband Jared (not a lawyer!), my three year old daughter, Hope (maybe a lawyer one day!), my 80 year old mother and my father. I also enjoy traveling to visit my family in Ireland and Croatia. I volunteer a lot of my time and work pro bono on human rights issues including handling immigration/deportation cases and collaborating with other lawyer friends to design and host CLEs. This Fall, I linked up with a dear colleague from law school and we hosted a CLE fundraiser to help migrant children who were separated from their families at our nation’s southern border. I also presented on the topic of the First Amendment and freedom of the press at the Law Society of Northern Ireland. In 2016, I co-founded a law fellowship through the Brehon Law Society of New York wherein we select one law student to live in Belfast and work on human rights issues impacting people on the island of Ireland. It’s called the Brigadier General Jim Cullen International Human Rights Internship and it’s in its fifth year. (We are accepting applications for summer 2020!) We named it after, Jim Cullen, our first president, who sadly passed away in 2017. Jim was a profound lawyer and human rights activist with working class immigrant roots who rose to high ranks in the US and helped so many people along the way. This internship was one of his dreams. In his honor and legacy, we are seeing it through year after year, as a way to help law students build their networks and connections and explore their interests while making an impact on people’s lives.

What better way to help lift up the next generation. We are all in this together, right?

Thanks for sharing your wisdom with us, Jennifer!

IF YOU'RE AN ATTORNEY OR LAW STUDENT WITH BLUE-COLLAR ROOTS AND YOU WOULD LIKE TO BE FEATURED IN A FUTURE "SOMETHING BLUE: BRINGING BLUE-COLLAR ROOTS TO THE LEGAL PROFESSION" BLOG POST, PLEASE CONTACT ME OR FEEL FREE TO COMMENT BELOW.  THANKS FOR READING!