Can you be likable and still get ahead? 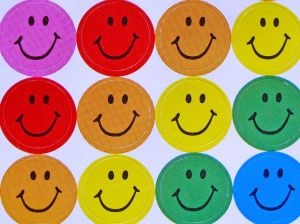 I read Are You Living Your Life Like You're Planning to Fail on Ms. JD the other day and thought of it immediately when I read this article in the New York Times on the imposter phenomenon. The imposter phenomenon was coined by two therapists in the 1970s "to describe the internal experience of a group of high-achieving women who had a secret sense they were not as capable as others thought." Now, researchers have found that men and women of all ages experience the imposter phenomenon, which basically means you think you've achieved your success because of being lucky or able to fake competence you don't really have. Two Purdue psychologists, however, recently surveyed 135 college students and discovered that while both genders suffered from the imposter phenomenon, the effects on men and women who scored highly on the imposter scale were quite different. Men were prone to "avoid contests in areas where they felt vulnerable" in order to avoid "doing poorly" and "looking weak." Women, on the other hand, "reported a strong desire to show that they could do better than others. They competed harder." You can't extrapolate too much from these findings, but they suggest that many high achieving women, lawyers included, may have gotten where they are by working hard to prove that they aren't inferior, while men with feelings of inferiority are less likely to work through them (so men at the top are more likely to be entirely self-confident, while women at the top might be faking their confidence).

Another study on people exhibiting signs of the imposter syndrome found that many people (and this study wasn't broken down by gender) were faking their "symptoms." They would report to researchers that they expected to do poorly on whatever task was ahead but would anonymously predict that they would do well on the task. The conclusion is that some people "adopt self-deprecation as a social strategy, consciously or not, and are secretly more confident than they let on." The point made in the Ms. JD article I cited above and in some of the comments following, namely that self-deprecation can be especially damaging to women lawyers, who need to be confident in their self-presentation, seems related to the imposter phenomenon to me. Dr. Mark Leary, the lead author of the study showing that imposter syndrome sufferers might themselves be imposters, notes that "particularly when people think that they might not be able to live up to others’ views of them, they may maintain that they are not as good as other people think" and that "in this way, they lower others’ expectations — and get credit for being humble.”

Though one line of comments on the Ms. JD article above supported the notion that self-deprecation is a bad thing for women lawyers, another line of comments took quite the opposite view that speaking confidently can be "a high risk, potentially high return strategy depending on how impressed the listener is by bravado and ego." I think that as women, we are perhaps more prepared to be wrong than our male colleagues and therefore more inclined to adopt ways of speaking that hedge our bets--either we're humble and right or uncertain and wrong. I agree that this way of behaving is the most likable option. I myself get turned off by people who are bossy or too know-it-all (and as much as it pains me to admit it, I find myself annoyed by women doing certain behaviors that I might not notice in men--it really is impossible to completely take oneself out of social conditioning on gender roles and acceptable behaviors).

So, if it's true that being self-deprecating does win you points because it's an easier behavior for others to accept in women (i.e. you're more likely to be liked if you are humble than if you are strident), I think that an important question is to consider what we get by being likable. Likable men are perhaps more likely to get ahead if they can pull off the easy charisma that we identify with male leaders (J.F.K., Bill Clinton, Ronald Reagan, to name a few). I'm less convinced though, that women get ahead with such behavior. Sandra Day O'Connor does strike me as likable in that way, but Janet Reno, Madeline Albright, Condoleezza Rice, Hillary Clinton--these are not women who stand out for their likability. I think it's easy for "likable" women to get swept under the carpet, which probably explains why most successful women have a hard edge to them. As lawyers, there are probably some niches where being likable is perfectly fine, but for litigators or others, I could see it being a real problem to be viewed as too soft, and I think that "soft" women are often nothing more than polite. Possibly self-deprecation is another face of this issue--you don't want to assert your intelligence or make others uncomfortable. Probably you will be better liked, but I'm just not sure you're be more successful. Of course, should we have to be unlikable you-know-whats to succeed in our professional lives? The answer is clearly no, so maybe the real question is how to change the perception of female competence so that we can be liked and get ahead.

This is great stuff - thanks for this take on the issue.
I wanted to mention one thing I've used in the past to create the kind of expectations for my work that I want without being self-minimizing and remain confident is the following:
I often describe work product I'm giving to a superior as a "draft."  But I make sure that it's actually something I've poured over for mistakes, typos, etc.  Hopefully their perception if that this is just my rough product, when in fact it's my best.  I like this because I'm not making excuses for mistakes that reflect on my abilities. Rather I'm setting it up so that I'm likely to exceed expectations rather than fail to meet them.
I know this might not seem particularly "likeable" - I suppose I try and be "likeable" by being friendly and outgoing. But this is one way to accomplish some of what I think many women are hoping for when they issue disclaimers about their work without diminishing self-confidence or the perception of it.

Agree with Jessie—great post.
What is the upshot of your inference that, if the research is correct, then more men at the top of the legal profession have genuine self-confidence while more women at the top of the legal profession (of those who are there) are faking self-confidence? Do you think it's explanatory for why there aren't more women there? Or is the point for women at the top to take heart—to understand that they tend to underestimate themselves relative to what they deserve? Relevant to the answer, maybe, is another study out this week, which found that "men overstate how clever they are and women underestimate their own intelligence."