Can you take a compliment? 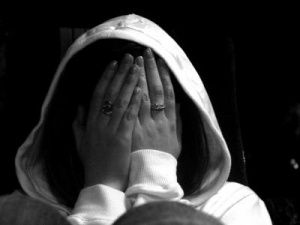 I’ve noticed that I really can’t. Professionally, I seem to demean myself a lot by refusing to accept compliments and by trying to make other people feel more comfortable around me by pretending that I’m not really that good at anything. It's not that I don't think I'm good at anything, it's more that 1) don't want to be seen as a braggart or as someone with a huge ego and 2) my socialized impulse always seems to be brushing off compliments rather than accepting them. I notice that a lot of other women behave similarly, either reflecting a compliment back at the giver ("No, you did such a great job!") or by completely deflecting it ("It wasn't anything special.") or by countering the compliment with a self-effacing comment ("Well, you should see how awful I am at X.") I don't notice men doing any of the above when given a compliment.

I can't say for certain how this anti-compliment trend developed for me, but I have a few guesses. First, I think as women we are given a message (subliminally, subconsciously, indirectly, and even directly) that you don't want to set yourself apart and rock the boat. See, I used to be one of the girls in school to whom people turned when they needed to copy off of someone during a spelling test or when they needed someone to confirm their problem set answers. Socially, it was a bit of a hassle. The “smart girl” thing was great when report cards came around, but it didn’t exactly make me the coolest girl in school. I’m curious if other people also went to schools where it wasn’t cool to be smart. In any case, that's something for another rant. By the time college rolled around--and it wasn’t a huge social disaster to be smart--I had already adopted a “you’re smart, I’m smart, we’re all smart” attitude, which basically involved playing myself down and other people up. “Oh, you got a C on that test? It was super hard!” (while I covertly cover up my A+). Part of this equalizing behavior has always included brushing off compliments.

Second, I think (some) women are uncomfortable stepping into their potential. There are those women who are naked in their ambition, who we berate for "Queen Bee Syndrome" and resent for not being teamplayers, and then there are the teamplayers. Some of the teamplayers, i've become convinced, consider it part of being on the team to maintain ordinary. Too used to being beaten back into our places, a lot of women are hesitant, in my opinion, to step into the spotlight (perhaps because of the brutal treatment the Queen Bees are given).

Regardless of the reason, what is the cost of deflecting compliments? First, I think we look less confident in ourselves and in our abilities when we can't just say "thanks" to acknowledgment of a job well done. Second, I think we might actually trick people into thinking that we aren't as great as they thought we were by responding with anything other than enthusiasm to a compliment. i always assume that if I've received a compliment, the way I respond doesn't change the sentiment behind the compliment, but I think my assumption has been short-sighted. Have you ever met the person who thought s/he was GREAT even if s/he was actually pretty mediocre in your opinion? Chances are, at least from what I've seen, a lot of people will be taken in by that person's projected confidence in him/herself. That person may have an unwarranted reputation for brilliance that helps his or her career. On the flipside, I've also known the quiet, unassuming types who don't get nearly the credit they deserve. There is something to be said for tooting your own horn or for not cutting the toot off mid-trill when someone else toots your horn for you.

Ladies, I think we have to learn how to say "Thanks" when people give us well-deserved praise.

There used to be a bunch of research on how womenly feel (or supposedly feel) "fear of success" - not wanting to look too good or draw too much attention for fear of exciting envy or hostility.    Supposedly women feel "fear of success" more than men do and supposedly this hampers us in our careers.
Is this true or not? and if so, does any of this apply to you?  I haven't looked at any of this research in awhile and I'm not up to date on this stuff.   You might want to check it out for yourself.
There's also some research that tends to support the theory that women consistently underestimate their talents and skills (unrealistic lack of confidence) while men consistently overestimate their talents and skills (unrealistic belief in their own ability to handle a situation).
Speaking for me personally, I think there's a lot of validity to the research and I've learned from it.  But whether it would give useful insights to others, I could not say.

<span 7.5pt; font-family: Verdana”>Accept a compliment.  Graciously.  That is, say thank you and move on to discuss whatever seems relevant.  Complements are not an opportunity for you to alienate the complementor or ruminate on your insecurities.  If you deflect, at best you make the person offering the complement regret taking the time to craft the complement and at worst you are belittling the effort someone has made to acknowledge your greatness.  If you have done remarkable work and you are complimented, the correct action is to say is thank you and to smile.  Keep the spineless wonder stuff to yourself.   </span><span 7.5pt; font-family: Verdana”>Also, consistently, you will sound condescending when deflecting if there is any chance you are superior in any way to the person making the complement.  "Oh, you cute little person, you have no idea what sort of standard I have here in my big, richly diverse, upscale existence" is the only thing that you will convey.  When your paralegal, secretary, housekeeper, or very intimidated cousin is involved, for the sake of your long term relationship, please, please, please pause, say thank you, smile, and keep moving.   </span><span 7.5pt; font-family: Verdana”> Convey to the world that you are honored somebody noticed you worked hard on something.  Blossom and shine.  Nobody ever thrived by pointing out their flaws when unsolicited.  </span><font size=“3” face=“Times New Roman”></font>

I never thought about how deflecting a compliment could actually be condescending, but I see now how it could come off that way.  Thanks so much for the insight!