Comparison of the EU and USA Laws - Protecting Jobs When Pregnant

By ilise feitshans • May 14, 2017•Careers,  Other Career Issues,  Issues,  Other Issues,  Features,  Myths & Truths,  Superwomen JDs and What You Can Learn From Them 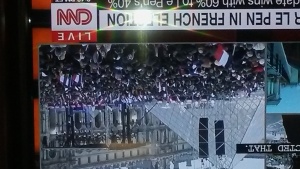 One striking difference between Europe and the USA is their election laws. Many nations in Europe are still ruled by a Royal family: Netherlands, Belgium, Monaco, Sweden, Denmark and Spain just to name a few.  This alters the perspective regarding national elections: electing members of a Parliament and local officials is relatively close to the wishes and desires of the local electorate because in the big picture the larger governing structure remains overall the same. And, the pan-European election system for the members of the European Union government in Brussels and Strasbourg and the Council of Europe Committee of Ministers in Strasbourg adds another layer of stability. SO local elections can address very personal issues in contrast to the sweeping broad brush of one election that governs three hundred and fifty million American people in the USA.

The election of Macron as President of France is one example. Starting just one year before as an independent with no political party other than his own, this unabashedly handsome young President has a wife who is beautiful but 25 years older than he. Their unique approach to age has turned upside down traditional political issues surrounding youth and old age and policy wonks agree that this reality helped his win with over 65% of the vote (95% in the Paris region).  Unlike the USA, too, the President was inaugurated just one week after election and the entire nation has rallied behind him placing their election differences on hold for 5 years until the next election cycle begins.

Another area where there is stark contrast between the USA and Europe arises under law about pregnant workers. Although the USA allows maternity leave without pay and allows men to take leave for special family reasons without pay, the European Directive of 1992 requires paid family leave due to birth or adoption of a child for up to 6 months. Many nations offer more; for example, Italy and Spain allow up to two years. Consequently, a whole generation of parents and grandparents have grown up under the sheltering umbrella of these economic protections, which are now clearly embedded into the fabric of the European social safety net.  Even the French extreme right candidate, Marine Le Pen, would never have dreamed of reducing or removing these protections even if she had succeeded in leaving the treaty the binds France to the rest of Europe.

For women who are professionals and pregnant at work, and who are of course pregnant the whole time of their day, both at home or at work, these protections have remained crucial. First, there is much less economic disruption for the family at the time of birth of a child because the family wage will remain unchanged. Since most nations in the EU have national medical care by law, birth of a child also does not bring the avalanche of prenatal and pediatric bills that can undermine the economic well-being of many USA families. This allows by contrast, greater attention to the pregnant worker’s health in the workplace and at home, because costly expenses from ill health and disease burden are paid by the public purse.

Which exposure to cleaning fluids matters most, whether at home in the car or at work? External noise and vibration, we now know, can impact the fetus. Is that the noise of a loud radio or rock concert with one's spouse or the noise of working near a construction site or at the construction site?  Does stress at work for lawyers who face crunching deadlines where their clients lives and well-being are at stake create an undue harm to mom and her fetus?

Solving these riddles requires having a medical community that cares about asking these occupational health  questions. There are emotions flaming both to protect the worker herself and other emotions flaming claiming that it is more important to protect the fetus, who may or may not be a live birth even despite the very best medical care. What to do about a pregnant worker?

In the USA she cannot be fired because of the possibility of pregnancy but she can be fired if she cannot do her job, which may well require tasks that are inappropriate during pregnancy. But, she might not complain for fear that her job will not be protected in reality. The USA law, compared to the EU, treats pregnancy at work as an aberrant occurrence and not routine. A lawyer in the USA  trying to advise a pregnant should tell her that she is right to be angry compared to the situation in Europe, she has plenty to cry about. Advising such a client requires that she think creatively and out of the box about her situation, Can she leave the country and go elsewhere where the policies are more helpful to founding and raising a family?  Can she go to school somewhere on scholarship and get out of that work?

In the USA, highly charged political controversy fills the void created by the absence of paid maternity leave of reasonable duration and medical care, questions that are simply a non-issue in the EU! Europeans view this failure to address and support the inevitable needs of posterity by protecting women and their jobs during pregnancy as cultural suicide.