Congratulations to Fernande Duffly, Nominee to the Massachusetts Supreme Court! 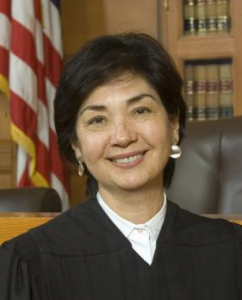 Duffly is a graduate of Harvard Law School and a former attorney at K & L Gates.  She was first appointed to the Family and Probate Court before being promoted to the court of appeals.  She has been a tireless advocate for equality in the profession and is a past president of the National Association of Women Judges.

I've had the privilege to work with Justice Duffly through the American Bar Association's Commission on Women in the Profession, where she serves as a Commissioner.  In particular, she has spearheaded the effort to hold NALP and their participating law firms to account for their inaccurate reporting of the number of female partners.  Her work on this project brought it to my attention and convinced me of the urgency of the law firm transparency problem in general.

So a very heartfelt congratulations to Nan on this occasion, to Governor Patrick on his choice, and to the members of the Supreme Judicial Court and the people of Massachusetts on their good fortune.