Is the current legal community capable of representing the interests of our diverse citizenry?

By Marisol Juarez Diaz • June 24, 2007•Sexism, Sexual Harassment, and Other Forms of Discrimination 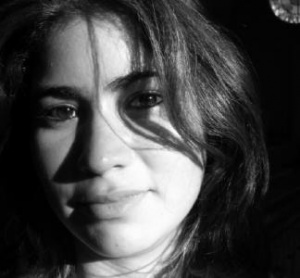 One night, the first African-American Executive Director of the Arizona State Bar responded to an alarm that had been triggered at the State Bar Building. Security officials at the scene assumed she was a burglar.

A proud Chicana, I have become impassioned by the dialogue that shadows diversity and ultimately equality, especially as the first woman in my family to attend law school. Since leaving my position at the University of Arizona's Chicano/Hispano Student Affairs to attend law school, I miss the communication and discussion sparked among my colleagues and students about advancing the cause. Thus, while I was at a Los Abogados (Maricopa County Hispanic Bar Association) Luncheon, I listened to their keynote speaker, a woman by the name of Helen Grimwood, speak on the importance of diversity within the legal profession and how there remained a lack of diversity, especially among women and minorities in the legal profession. She encouraged anyone who would like to know more about the issue to attend the 2006 Board of Governors meeting, as they would be discussing and voting on important initiatives being brought by the Diversity Task Force.

Intrigued, I attended the December meeting and left being touched. In support of the diversity initiatives being brought by the task force a woman came up and spoke to the Board. She introduced herself and noted she had been the first African-American Executive Director of the State Bar. Her story described a particular night when she responded to an alarm that had been triggered at the State Bar Building. Tears rolled down her face when she told us how the security officials assumed she was a burglar. Horrified by her tale of discrimination, I questioned how far we have come in our fight to overcome the inequalities that exist in our community. It made me want to know more about how the legal community must act to bring about equal representation and match the community in which they work. These experiences reinforced my dedication to ensure that all members of the community receive equal justice under the law.

The United States is renowned for its cultural diversity. Along with this distinction comes the added responsibility for governments and social institutions to provide fair representation and assistance to meet the needs of those they aim to serve. The City of Phoenix, now the fastest growing city in the nation. This makes it crucial for Phoenix, and Arizona in general, to find new ways to meet the legal needs of all of its citizens. According to the 2000 Census, among the 13,000 attorneys in Arizona, 91 percent of lawyers are Anglo, while less than 9 percent are of a minority group. This makeup contrasts to the state's minority population of 40 percent. Clearly, the Arizona legal community lags behind in mirroring the state's demographics.

These statistics force me to question if the current legal community is capable of fairly and accurately representing the interests of such a diverse citizenry. Many professionals feel that without a concerted effort from the legal community, clients will be ill served and courts will not be properly equipped to ensure justice for all. I have spoken with attorneys and worked with diverse groups. These experiences have allowed me to see first-hand the need for professionals to accurately represent the culture and interests of the diverse Phoenix community. It is crucial for the legal profession to reflect the diversity of the communities in which we live and work. The very legitimacy of our legal system depends on it.

More startling than the lack of diversity among Arizona lawyers is the "leaky" educational pipeline that neglectfully or even negligently fails to deliver minority candidates capable to enter law school. This dismal drip produces only a fraction of students necessary to cultivate an all-encompassing and diverse student body within the law school. According to a 2004 study by the National Center for Public Policy and Higher Education, for every 100 ninth grade students who begin high school, only 69 graduate. Of those 69 high school graduates, only 17 will graduate from a post-secondary institution. From that 17, only a handful go on to pursue a legal education. Obviously we need to plug the leaks in this pipeline to assist communities in need of strong advocates.

I was ecstatic to hear that the State Bar has made the giant step by voting to implement a State Bar Diversity Director and voted unanimously to initiate a Leadership Institute. A newly hired diversity director, who understands the needs of our diverse legal community, can bring a range of ideas and programs that will be more effective in increasing diversity in Arizona. The hiring of a diversity director sends a message to the state and nation that our legal community is serious about diversity and is willing to employ means and manpower to meet its goals. This action promotes the goal to form a more fair and democratic justice. On the road to advancing diversity, it is actions like these that lead me to believe the journey will be well worth the hardship and obstacles we encounter along the way. I am confident that when someone underestimates me because I am a woman or because I am Mexican, I will show them that I can compete with the best.

Thank you for your perspective.  It is incredibly helpful to be reminded of the needs of others.  I think there is so much to be gained by thinking outside our individual boxes—which can quickly become cages if we are not diligent.  As we seek to embrace diversity, my personal value is to encourage inclusion.  I know that this is often a difficult balance.  Education helps.  Keep talking to us.