Death by Diction: Don’t Dumb Yourself Down

By Franklyn Kimball • February 26, 2011•Sexism, Sexual Harassment, and Other Forms of Discrimination 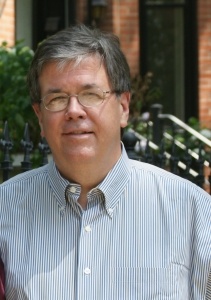 The current record for the incorrect use of the word “like” is held by a law student at a leading school who did so 132 times during a 30 minute counseling session. Her description of an interview might have gone as follows -

This habit is reinforced by our peers and colleagues and it slowly creeps into normal conversation.  That doesn’t make it right. It just makes it more challenging to stop. Thankfully, when reminded of this habit, she stopped it like a smoker who goes cold turkey.

The current generation of law students and lawyers is not the first to butcher the English language. Those of us who graduated in the 1970's were trapped in an era of disco-driven drivel made famous in Airplane.  What follows is a translation of modern slang to the same remarks as they might have been made back in the day

"You know dude it was heavy. Got to get down. It was whacked –a spaz factory full of  zipper heads – they gotta get real. Just a major bummer –. But that second firm was funky they know how to freak out. Bad. Solid. Funkadelic. Tubular. Can You Dig it? Check you later. Gotta keep bookin’ and keep on truckin’."

The two quoted paragraphs are obviously extremes. But the lesson to be learned is simple and unmistakable.  Youthful jargon should be moderated in the professional workplace.  All of us are guilty of mis-steps. The errant use of “like” even finds its way into extemporaneous remarks of Barack Obama, George W. Bush, and Bill Clinton. For my generation it was “you know, far out, cool, man, badd (with two d’s).”  All of these could be verbs, nouns, gerunds, punctuation, or a weather forecast.  Our elders accused of us speaking like “hippies.”

In an ideal world mangling the English language would be a gender neutral issue.  However, I believe it poses more risks to women lawyers and law students because it validates stereotypical assumptions that O.C. mall-speak is indicative of a lack of brain power. It isn’t the first time there has been a double standard on how men or women lawyers are perceived in the workplace.  Don’t give anyone the ammunition to marginalize you because of a curable verbal tic.

As a lawyer you want to be taken seriously, introduced to clients, dispatched to courts, and assigned to the first chair. The road to those responsibilities will have enough pot holes without you ‘like’ digging one yourself. Cool? Peace. Out.

I don't claim to have been perfect - in fact in April I'll post the twenty dumbest things I've said during interviews (on both sides of the table). Stay tuned.  I regret to report that a new disease may be creeping into our language.  The use of the phrase “right?” as a question or comment that begins or completes way too many sentences. More on that in June.