Decoding the Language of Inventorship and Why it Matters 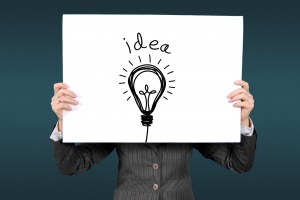 I was recently asked by a client what classifies one as an inventor. This can be broken down to the technical elements and definitions including conception, reduction to practice, collaboration and contribution to claims. But what struck me about this question is that subjects which seem obvious to us as attorneys are often complete mysteries to our clients. It takes recognition and effort on our part to break down the shroud of legalese that can pervade our profession in order to help them.

Any profession has a certain amount of definition-based language, which once understood, helps those not trained in it better communicate and comprehend their decisions. I was reminded of this recently while communicating with my roofer. As he rattled off types of roofing vents, one which I had, and one which he was informing me he was installing, I had to stop him and ask a series of questions to better understand the various attributes of each. Often we unintentionally fail our clients, by assuming they understand what we are talking about, or attempting to impress them with our own knowledge (and thereby perpetuating the shroud of law). This language terminology problem is often apparent in the technical and scientific fields. We owe it to our clients to explain what we are saying, bringing it to a level they will understand thereby promoting assertion and inventorship.

The United States Patent and Trademark Office released a report in February, 2019, profiling women inventors named on U.S. patents from 1976 through 2016.* This report demonstrated that women still comprise a small minority of patented inventors. While the share of patents that include at least one woman as an inventor has increased from about 7 percent in the 1980s to 21 percent in 2016, women inventors still only made up 12 percent of all inventors on patents granted in 2016. The study found that women are more likely to contribute on large, gender-mixed inventor teams, and are less likely to be granted a patent as an individual inventor. Additionally, gains in female participation in science and engineering occupations are not leading to substantial increases in female inventors earning a patent. The USPTO notes in its report that women are increasingly concentrated in specific technologies, suggesting that they are specializing in areas where female predecessors have gone before them rather than entering into male-dominated fields. For example, the first woman to be awarded a patent was Mary Kies in 1809 for her method of weaving straw with silk. From this first patent until 1840, only around 20 other patents were issued to women. Their inventions generally related to apparel, tools, cook stoves, and fireplaces.** While women inventors have increased in number since the 1800s, they are often concentrated in fashion, home, or childhood related sectors. Exceptions to this exist, but they are just that, exceptions.

Breaking down the language helps our clients access resources they need and understand their options, be it obtaining a Paycheck Protection Program loan during this pandemic or recognizing that they qualify as inventors. Going back to my client’s original question, how often is it known that a significant contribution to even one claim in a patent application is enough to make someone a joint inventor?

The United States Court of Appeals for the Federal Circuit explains the requirement for invention as follows:

Along with collaboration and participating in conception, many women inventors may just need that little extra push to recognize their contributions. I encourage us all to watch out for and promote these individuals in whatever sector they endeavor.