Demanding a more livable profession: why women who want it all aren’t the problem 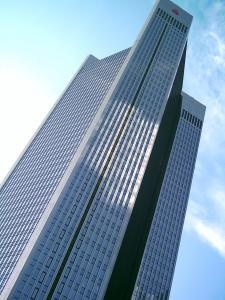 Many of you likely saw the post by Peter Lattman on Law Blog last month on the MIT Workplace Center report: Women Lawyers and Obstacles to Leadership. As basically yet another study documenting women lawyers’ exit from the workforce, the study itself was less interesting to me than the comments after Lattman’s post. Among them, “Backwards” writes, “Something is backwards when it’s a ‘crisis’ for women to leave law firms in deference to their roles as mothers. I ask you: which job is more important, being a lawyer or being a mother?” Does this comment imply that working mothers are somehow elevating their jobs over their children? Why is it an either/or proposition?

Further on in the comments, an anonymous writer notes, one can only hope facetiously, “Women are allowed to be lawyers? Since when?” Directly below, “Metro-chauvinist” states that “every female peer I know longs for the opportunity to leave the profession and be a stay-at-home mom.” The comments go on and on, some rightfully asking “why don’t men have to choose between the role of lawyer and father?” or exploring the challenges faced by a woman who wants both a career and a family.

Other posters, like “1990 Grad” berate women attempting to find balance: “If women want to get on the mommy track, that’s a great personal decision, but it does (and should) have a professional cost. I worry when I see women complaining about this, because it reinforces male myths about the productivity of women lawyers.” This “professional cost” is, to me, what the next generation of women lawyers faces as its primary obstacle to advancement. Already efforts by firms to create environments where women can cut back to part-time or work flexible hours face backlash by co-workers, both male and female. “Herman” alleges that “many women at my firm who are mothers game the system. Some work ‘full time’ but find an excuse to be out every Friday; others come in at 10:30 and leave at 5:30 every day because they’re ‘entitled’ to do so, while the rest of us continue to get pummeled with work like we’re robots without personal lives.”

After reading a slew of comments like this one, I'm embarrassed to admit that sometimes I forget that women lawyers are still struggling to make use of the gains that have allowed me to attend law school and pursue a career as a lawyer. I’m tempted to believe that the success I’ve enjoyed at law school, where I graduated in the top 10% of my class, will follow me as I become a lawyer and that doors will continue to be open to me. But then I think: I want a family someday. What will that do to my career? How will I stay in the top 10% of the working world if I have to take time out? How can I be a good mom if I don’t take time out? After reading the comments on Lattman's post, I realize that I am entirely justified to worry. I was disturbed that so many attorneys could write with such vitriol about their co-workers—those lazy working mothers—or that so many others could assert, the same way you’d say the world isn’t flat, that “every” woman secretly wants to be a full-time mother, that it really isn’t a problem that so many women end up choosing to leave the profession because of course any idiot would agree that they’re fulfilling a natural, genetic desire to do what they’re best at. Finally, I’m sickened that women are still fighting with each other, scrabbling up the backs of the women who do take time off. We women are still playing a game of queen of the mountain, believing that only a few of us can be at the top, and we therefore need to push other women out of the way to ensure our own success.

We will never make progress if we continue to have this attitude. The enemy here is not working mothers, who are painted as cheeky women who mistakenly think they can have it all. The enemy is a profession that requires any of its participants to live their jobs and only their jobs. I sympathize with Herman’s long hours and with 1990 Grad’s desire to have equal work earn equal recognition, but why can’t everyone work more humane hours? Why can’t both women and men spend more time rearing their children and less time working? Until we answer these questions, we’ll never solve the dilemma of achieving work-life balance as working mothers.

Maybe the answer isn't women choosing to sacrifice their kids etc. for the job—but men being able to choose family once in a while too. If society expected men to make these sorts of decisions just the same as women do would we still have a problem here? Hmm…

It's true that a lot of lawyers, both women and men, have complaints about the long hours the job requires (especially of firm lawyers), but the answer I always get is that law is a client-based industry, and there is therefore little any one firm can do to make a difference since it would have to be an industry-wide movement (i.e. if firm X does away with billables and lets its lawyers work 8 hour days, clients will go to firm Y if firm Yhas lawyers who will work on weekends to handle the client's emergencies).  As long as any firm can stand out by having more available lawyers willing to work harder for the client, pretty much every firm that wants to compete on the same level has to meet the same standard.  It's basic economics of supply and demand.  The question is whether it's possible to offer superior legal services with less hours (i.e. if the client pays 20% less for work that is the same quality, they might be willing to forego the 24-hour lawyer availabiliy or agree not to ask Friday night at 9 pm for papers they need by Monday at 7 am).  Billables might encourage lawyers to work more hours than they actually need to work to arrive at the correct answer and a high quality work product—if so, eliminating them might give lawyers more livable hours and clients more affordable services.  Another idea might be to employ more paralegals to do some of the research done by summer associates or first-year associates since their services are cheaper for the client and might free up lawyers to spend less time doing the work that actually requires bar certification (assuming any of it does).  It's hard to think about how to make the profession more livable though when it's built around trying to please clients who demand long hours and constant availability.

Grrr. Aargh.  I agree with one_elle!  It really bugs me that the whole world seems to think that only women have families to take care of.  It's as if women alone procreate.