From the Desk of the Working Mom: Be Careful Putting Your Life On Hold for a Career 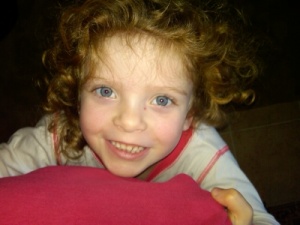 Putting your life on hold: Sometimes you can’t hit play again.  This is the pervasive message that is found in almost every article about “life-balance”, about making partner, about being a successful rain-maker:  Successful women lawyers don’t have children, and if they do, they must go part-time in order to be happy.  At the very least they must wait until after they are established in their careers in order to even consider it.

Couple this message with all the warnings about women having babies after the age of 35—the average age that an associate is first considered for partnership—and the message becomes even clearer: women cannot be mommies and be partners.

Such has been the message, not just for women lawyers, but for all professional women for as long as women have been in the work force.  When I graduated from law school, that message was everywhere.  In fact, I fully anticipated that I would need to go part-time, if it was available, or find a lower paying, more flexible job the minute I had children.   I still see and hear that message repeated 12 years later.

What I didn’t anticipate was that I would have my first child as a 3rd year associate or that my husband would still be in graduate school.  I was the breadwinner and part-time was not an option.  Nor was terminating the pregnancy for my job.

Babies are perceived as a backward step for a career.  Regardless of the sheer number of women in the workforce, there is still the pervasive attitude that women who have children will not be able, or even willing, to focus on their careers to the same degree as those who don’t.  In other words, many firms’ culture promote that:  Mom’s are less valuable employees.  Never mind that woman, for centuries, have had children, worked on farms, and run households.

This outside pressure is compounded by the individual goals of being successful and of not wanting to give up the gains that have been made from an income or promotional perspective by taking time off to have a child—even if that time off is simply for basic maternity leave.

But underlying this message on an even broader scale than simply having a family, is the idea that work must always be a priority in life in order to succeed.  Many attorneys put in incredibly long hours, essentially putting their relationships with friends, family, and even their spouses on hold while they try to move their career forward.  Sometimes this is necessary—but not at all times.  It is incredibly important to move priorities as to what is most important in your life from day to day, as well as in the long term.  Sometimes spouses and children do take a backseat, but hopefully between those times you are able to focus on those things and make them as important—at the very least—as your career.

When you put your life on hold for too long, you may find that you can’t push play again.  That your spouse is less interested in you and the relationship than they are in whatever they have filled the time with that they would otherwise have spent with you.  Your children grow faster than your career will at any stage.  Your parents grow older and will some day no longer be around.  Divorce rates and alcoholism also appear to be higher among legal professionals than in other professions—most likely as a result of the higher stress involved in the profession generally and the time commitment required.

Looking around at my colleagues, I see those who decided they could have a marriage, children and a very successful career.  And they do: A large number of them.  I also see those who decided a career came first: who then felt the heartache of not having anyone else in their lives; who then ended up divorced; who then ended up having to re-evaluate their career choices and positions due to the economic downturn just as they were beginning to think about retiring.

I am not saying that happy endings always result from starting a family, or that every woman who puts her career first is unhappy.  What I am saying is that make your life as rich as possible, filled with friends and interests that go beyond the workplace.  If you lose your job, the odds are you will find another.  And you will learn from the experience and realize that you make your career wherever your job is found.  Friends, family, spouses, and children are harder to come by and much harder to replace.

Believe it or not, my first pregnancy was a planned and happy pregnancy.  I was having a baby and damned if I wasn’t go to make it all work.  Problem was, I didn’t know anyone else who had made it work at that time.  I was new to the legal community and the few examples of women in partnership positions that I saw were those who did not have children.

That has changed tremendously as I have grown as an attorney and gotten to know more people within the legal profession.  I now know so many women who are partners in their firm and who have a life—whether that life includes rock climbing, writing, family, community efforts or other interests.  And I know so many men who are setting aside the notion that career only comes at the sacrifice of those around you; who are getting ahead while being a dad.

All these women (and men) have one thing in common—families or spouses that support them and understand that one person cannot do it all without some help.  For me, it is my husband—who I sometimes feel I neglect but who is the absolute rock for our family and the love of my life.   Sometimes I have to remind myself that he will always be more important—because sometimes I forget that when I am really busy at work.

I now am a partner in my firm, a mommy of three young kids (the last was a surprise!), and the President-Elect for the local bar association.  I am tired and stressed out at times, but I have realized that a job is a job.  I love what I do and really like my co-workers, but realize that there are other places where I can do the exact same thing just as successfully.  The time I spent with my daughters yesterday just watching them laugh as they rode a carousel at the mall, or riding in the car last week listening to them joining in with my three year old son as they sang in the car with amazing harmony to the Black-Eyed Peas (of all bands), is time that will have never been wasted.  Those are memories I could not have put pause and hope to restart in the future.  Those are memories that make work, on its worst days, so much better.

It is great to hear from women who have managed to make partner and have kids and a family.