By sintecho • February 23, 2008•Firms and the Private Sector 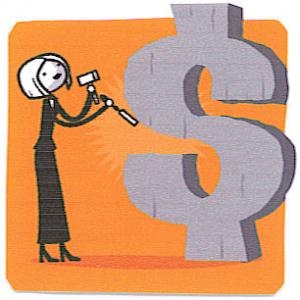 In December of 2007, ALM Research released the results of its survey of 5,000 lawyers working in small and midsize firms and solo practices. The respondents were 78% male and 22% female, which could mean that fewer women work in smaller firms and solo practice; or that women were less inclined to participate; or that fewer women are "leader, manager, partner, shareholder, or owner" of these firms, since ALM reports that these were the majority of the people answering the survey. The survey itself costs $550 to access, but Business Wire reports on its troubling findings on gender: women lawyers in small firms and solo practices tend "to bill clients at lower rates than their male counterparts." Women were also slightly less likely than men to offer alternatives to the billable hour with only 84% of female respondents offering an alternative compared to 90% of the male respondents. I'm not actually sure how that is significant, but if anyone else has thoughts, please share them in the comments.

Though more detailed information on this survey is sparse (perhaps so more people will buy the actual results), I did find a slightly more in-depth accounting of the gender discrepencies on Conde Nast Portfolio in an article by Karen Donovan. According to Donovan, the ALM results indicate that women bill lower rates "regardless of firm size, geography and--with a few exceptions--practice area." The biggest discrepency occurred among litigators, with women billing $126 per hour while men billed an average of $656. Female family law lawyers, on the other hand, bill an average $227 per hour, which is only $4 behind their male counterparts, who bill $231. In estate planning, women bill about $101 per hour while men bill about $272 per hour. The real place for women lawyers to thrive, it would appear, is in the beverage industry, where women bill about $500 per hour and men only bill slightly more than $200.