By Shirley Wray • August 23, 2016•Features,  Guest Bloggers and Profiles of Women in the Law 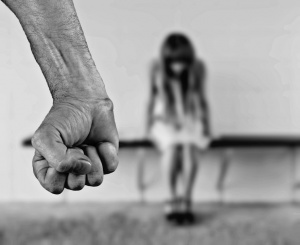 Domestic Violence by a spouse or a partner in a relationship is defined as aggressive or violent behavior that can include a range of abusive behaviors such as name calling, sexual assault, stalking, intimidation and physical harm or threat of physical harm, to name a few.

When it comes to domestic violence, the statistics among American women are shocking. Between 2001 and 2012, the number of American troops that were killed while fighting in Afghanistan was 6,488. Meanwhile, the number of American women killed by a current or ex male partner in that same time period was almost 12,000. Domestic violence therefore led to almost double the casualties as war.

Statistics also show that women are far more likely to be victims of domestic violence at the hands of a partner than men. 85% of women and 15% of men are victims of such a crime. According to the Center for Disease Control and Prevention (CDC) approximately 4.7 million women in the US alone experience physical violence at the hands of an intimate partner every single year. Many women continue to stay in abusive relationships out of fear for their safety, and statistics show that a woman is 70 times more likely to be murdered in the few weeks after leaving an abusive partner than at any other time in the relationship. To  make matters worse, this particular form of violence has a lasting impact on children with research showing that children who witness their parents' domestic violence were twice as likely to abuse their own partners than those children who had non-violent parents.

In 1994, the Violence against Women act (VAWA) was passed by the Congress. The VAWA act is a United States Federal law and is part of the violent crime control and law enforcement act. The act is responsible for holding offenders accountable while also providing services for victims of domestic violence.

Victims can access a National Domestic Violence Hotline which has been the first call of help for 92% of domestic abuse victims. By June 2016, the hotline has answered 4 million calls with victims and survivors of domestic violence.

The Violence Against Women Act enhanced investigations against women by the use of extra stringent prosecutions. One change enforced by the new law was enhanced sentencing for repeat sex offenders. The second aspect of this law was the authorization of grants to various law enforcement bodies with the aim of helping prosecute violent criminals that committed crimes against women.

In amendments made to the VAWA act in 2013, the law added housing rights for victims of domestic violence, dating violence, sexual assault and stalking. The law stated that the victim cannot be denied public housing assistance if they have been a victim of domestic violence. Therefore, the Transitional Housing Assistant Grant Program was enforced to ensure that victims received housing even if they were not fleeing from a violent situation as was previously required. This program also required transitional housing services to assist victims in seeking employment.

Since women aged 16-24 face the highest per capita rate of intimate partner violence, the VAWA 2013 amended the Higher Education Act of 1965 to establish new guidelines for institutions such as colleges. These guidelines focused on the incident response procedures, mandatory crime reporting and safety procedures on campus as well as developing programs to prevent domestic violence, dating violence and stalking.

What About False Accusations?

For a criminal charge to be brought, the prosecution need to prove that the defendant did everything required to cause the crime (also known as the elements of the crime). These are as follows:

When someone is charged with a false domestic violence they have two main choices: they can either attempt to disprove the case in court or they can offer a defense that absolves them of their actions. A defendant may also show that they acted in self-defense due to violence shown by the victim. In certain states the police are required to ascertain who the principal aggressor was and make an arrest accordingly, even if violent acts were committed by both.

While the statistics related to domestic violence in the United States are no doubt shocking, law enforcement agencies have been working together over the years to tighten laws and thwart criminals as efficiently as possible. It has become clear over time that apart from stringent laws aimed at prosecuting perpetrators, victims of domestic violence need to be provided with the right tools to make their way to recovery too.