Done is Better than Perfect 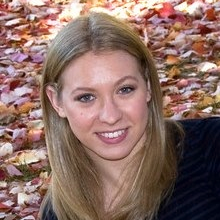 As a self-diagnosed perfectionist myself, I am strongly in need of one of Facebook’s famous “Done is Better than Perfect” posters. This is one of the few comments that Sandberg has made that hasn’t caused all hell to break loose. Which actually, was quite surprising to me since this quote has the ability to be completely misinterpreted and turned into a quality versus quantity discussion. “Done is Better than Perfect” is a reflection of the work ethic at Facebook. It is the motto of those who endorse the ‘hacker method.’ Mark Zuckerberg, Facebook’s founder and CEO described the hacker method (not to be confused with hacker ethics) in a letter explaining the purpose of Facebook as follows:

“Hackers try to build the best services over the long term by quickly releasing and learning from smaller iterations rather than trying to get everything right all at once. To support this, we have built a testing framework that at any given time can try out thousands of versions of Facebook. We have the words “Done is better than perfect” painted on our walls to remind ourselves to always keep shipping.”

There you have it. Who wouldn’t take advice from someone as smart, powerful, and successful (oh the irony) as Zuckerberg? Google too has embraced “Done is Better Than Perfect,” as shown in this YouTube clip. I think the reason that Sandberg included this message in Lean In goes even deeper. As I mentioned in my last post, an issue that many women face in the workplace (and in school, and at home, and at the gym…) is a fear of failure and a fear of being judged. A study describe in the Time article “Why Do Women Need to Be Perfect?” showed that “men on average worry about three things every day, but women on average worry about 12 things.”

I am absolutely guilty of irrational fear. Last week I reached the culmination of a project I had been working on for several weeks. It involved some very long documents and an introductory email, all of which I had worked very hard on. When it was finished, I was supposed to send every thing to the entire Board of Directors at Ms. JD. As I would later relay to my Ms. JD board mentor Katherine Larkin-Wong, I sat at my computer for at least ten minutes, re-checking every (already edited) syllable before finally hitting send. She told me that it would be good practice for the future; this will not be the first time I have to send a big project to someone. This got me thinking. Am I really going to sit for ten minutes in a state of fear-paralysis every time I want to send an email containing something important or to someone I respect?

Granted, I’m not knocking the importance of proofreading, (I understand there’s a very crucial difference between ‘sexist’ and ‘sexiest’) but I think that perfectionism has become a cop-out. According to an article from the Huffington Post, perfectionism is “characterized by ‘all or nothing’ thinking, holding your own actions to unreasonably high standards, focusing heavily on results and a fear of failure.” When unbridled, it is comparable to any serious control issue. Zuckerberg also mentions (in reference to companies rather than people, but the idea can be extended), “[companies] slow down too much because they’re more afraid of making mistakes than they are of losing opportunities by moving too slowly.” I may not have literally missed out on anything during those ten minutes, but I did lose the opportunity to be confident enough in my work.

I think we all have the ability to take a step back and differentiate between editing and self-doubting.  There’s a reason that we’ve been told since the third grade that when in doubt, stick to your original answer. Second-guessing is second nature and confidence is underrated.

Caroline Vexler is a Ms. JD Board Associate. The Board Associate Program aims to give young women who are either interested in non-profit management and social enterprise or in law the opportunity to work directly with a Ms. JD Board Member. Through that work, these women will get the opportunity to see how a non-profit works and a taste of what the legal profession is like. Caroline is a recent graduate of Hawken School in Cleveland, Ohio and will be attending Brown University starting in the fall of 2013.