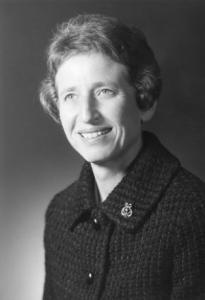 Walker graduated from Boalt Hall in 1942, the only woman in her class. She was elected the first woman president of the National Lawyers Guild in 1970. She as fired from her first firm job, allegedly because she was a women.

In 1972, Walker defended Angela Davis in what Harvard University law professor Charles J. Ogletree Jr. called "clearly the trial of the 20th century, and one that exemplified the vast and diverse talents of the true Dream Team of the legal profession." From the Los Angeles Times:

[Walker's] most high-profile case was the sensational trial of Davis, an avowed Communist and recently fired UCLA professor who faced the death penalty because a gun registered in her name was linked to the 1970 slayings of a Marin County judge and three abductors. The mix of race, politics and murder drew international attention to the case. Walker, one of two women on the four-member defense team, prepared witnesses and helped the other attorneys plan novel strategies, which included using consultants to pick a jury and experts to debunk eyewitness testimony.


Ogletree said that Walker "was a living example of the wonderful, critical and timely contribution of women to the legal profession."