By Anonymous • October 30, 2020•Issues,  Mentoring and Networking,  Other Issues 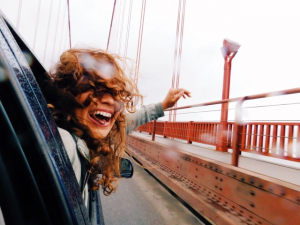 From birth, kids are protected by their parents, watched out for, and nurtured to grow into responsible adults that hope to improve the world. However, there’s a stretch of time between the ages of 12 and 20 during which young people are the most rebellious things on earth. They’re backwoods drinking, jean-jacket wearing, all-black-outfit, emotionally driven mutineers. Teens wish to be nothing more than who they genuinely are. They live admirably by seizing every moment that arises to them. Let’s see how technology can help in safely driving for teens.

We have all been teenagers and remember it as the finest times of our lives. It is an essential moment in a person’s growth to find out who they are. The issue is, some teens aren’t making it to 20 years old. Teenagers are the most irresponsible and most vulnerable drivers on the road. In 2017, according to the NHTSA, 3,255 teens were involved in fatal crashes. That statistic means that car crashes are the leading cause of death among teens.

When people require something, technology is becoming the answer. Recently, there has been an enormous need for new technology to arrive that can help the issue of the dangerousness of teen driving. Engineers from around the globe answered that call and delivered groundbreaking technologies to vehicles across the country.

Teen driving statistics are a scary thought for parents everywhere. Parents always wish to defend their teen, but it’s just not realistic. Freedom for a teenager is like oxygen for the rest of humanity. Young people need freedom to learn how the world works in their own unique way - that includes learning to drive and getting behind the wheel of their first car. Driving themselves around is a gigantic step for any teenager, but the reality of teen driving is a grim one. It is not sunshine and rainbows. If you are a victim of reckless teen driving, contact a crash lawyer, you could be eligible for compensation. To understand more about car accidents, read this post from lasoben accident injury law.

In many circumstances, statistics are presented to prove points. The objective of the stats below is not to scare our youth away from driving altogether, but to bring to light the magnitude of the situation.

• 16-year-olds crash more than any other age group

• 78% of teens admit to texting-and-driving

Another important facet of the perilous teen driving is distracted driving. Whether it’s make-up, food, texting, or paying attention to everything else, teens are distracted behind the wheel. They play a part in over 10% of distracted-driving car wrecks that involve fatalities. The numbers are staggering and cannot be ignored. That is where technology has stepped in. Teens are notorious for not listening to anybody except themselves. New technology and cell phone apps have made driving safer, especially for teens.

Nearly every car manufacturing company in the world has developed, or has begun to develop, different vehicle features to combat the non-safety of teenage driving. We’ve chosen a few of the newest and best to show you the up and coming safety features.

MyKey is a revolutionary system that allows you to program keys with restrictions on what the vehicle can do. The MyKey comes equipped with a safety belt reminder for both the driver and passenger. The stereo system and AC/heat will all turn off in the vehicle if the seat belts are unlocked. Teens, notorious for their bad driving, are also notorious for running out of gas. The MyKey makes the vehicle send low fuel warnings earlier.

The MyKey can also be configured by parents to set vehicle speed limits that cannot be overridden, audio volume maximums, and always on traction control. Ford has outdone themselves with driver safety for all ages, but particularly for reckless teen drivers.

Buckle to Drive by Chevy

Chevrolet has recently released the Buckle to Drive feature in many of their new models. Seat belt usage is an issue among all drivers, but teens have the lowest seat-belt usage of any other age bracket. This system was Chevy’s response to that epidemic. Coming stock on all 2020 Traverse, Malibu and Colorado models will be the Buckle to Drive system. The system in the vehicle must be set to teen driver mode, then if the seat belt is not buckled, you cannot shift the gear out of park.

This ingenious idea was released in May of 2019. Though it is only a stark reminder, it is a fantastic way to combat lack of seat belt usage.

Automatic braking is something you’ve likely heard of. It is a straightforward idea that has already been in cars for a model year. Its importance is becoming more significant by the day, however. As previously mentioned, 78% of teens admit to texting-and-driving. This enormous group of people being distracted is hard to ignore. Automatic emergency braking systems can fight that.

AEB systems detect forward crashes or pedestrians and avoid the crash long before a distracted driver would. The AEB capability is available in most new vehicles and is an easy way to combat teen fatality and crash rates.

Textecution is one of the best apps on the market. Texting-and-driving is becoming like the plague, it’s spreading rapidly. Look to your left and to your right the next time you are in traffic; more than likely one of those cars will be using their phones while driving.

Textecution has developed an app that pops up when an Android phone is moving more than 10 MPH. The app is locked with a passcode that parents can set up for their teens. This app will then block a teen from texting while driving altogether.

Drivesafe.ly is an app that pairs with your talk-to-text on your phone. The app escalates the talk-to-text capability and allows your texts and emails to be read-aloud in your car while connected to Bluetooth. Even if your vehicle isn’t equipped with SmartCar technologies, this app makes it possible.

Toyota has come up with a clever app that uses the hilarious embarrassment of teens as an advantage. Teenagers’ objective in life is to be the coolest. Parents are uncool, specifically the music parents listen to. Every teenager thinks that the music their parents listen to is lame. No teenager would be caught dead listening to the likes of the Goo-Goo Dolls or Avril Lavigne.

Toyota used that information to develop the Safe and Sound app. When the vehicle equipped with the app begins speeding, your parents’ humiliating playlist comes on. A funny way to tackle the problem, but an effective one as well.

The worst outcome for reckless teen driving is the injury or death of drivers around them. Every day distracted teens are getting in auto accidents with safe drivers who are victims of a rising epidemic in the nation.

The statistics and facts of the issue are eye-opening and deserve the attention they are receiving. New technologies are doing their best to reverse the statistics, but the best thing is for teenagers themselves to be accountable. Parents explaining the facts can sway teens into being defensive drivers on the road.