Employee Rights in the Workplace During COVID-19

By Anonymous • April 12, 2021•Careers,  Firms and the Private Sector,  Issues,  Mentoring and Networking 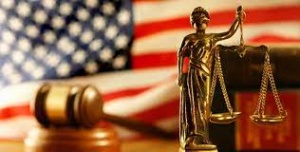 Some laws are clear and precise that it doesn’t require the application of rules of statutory construction. However, not all laws and statutes are alike. No matter how thorough the framers of these provisions are, some require legal interpretation. The same principle applies to labor laws.

While the same law provided for just and authorized causes of termination, there are still conflicts regarding how employment lawyers and the bench, and the bar members should interpret its implementing rules. For example, redundancy may be an authorized cause to terminate employment. However, such termination can be subsequently found unlawful if the company, after a few months, hires a new worker doing the same job but working under a different designation.

Workers, by legal definition, are people who are ‘suffered or permitted to work.’ This definition alone justifies why labor laws should be construed in favor of the workers. However, not all employers are ethical enough to respect this position. More often than not, they take advantage of the workers to advance their need for profit and revenues. If you’re one of the workers who have been recently let go due or terminated due to COVID, know your rights and learn how to assert them in court.

Big companies and corporations often have a labor union representing them in drafting and agreeing on the provisions of the Collective Bargaining Agreement (CBA). Say, for example, you’re working in the essential industry wherein you are obliged to work even during the height of the pandemic. Your labor union may come to your employer and seek additional benefits in the form of hazard pay and hospitalization benefits should you get sick in the conduct of your duty.

The employer must provide a safe working condition for their workers. Suppose the latter’s safety is compromised because of the job. In that case, the former is required to mitigate the hazard by providing personal protective equipment (PPE), setting aside an allowance for hazard pay and hospitalization benefits. If this does not materialize, the employee can seek help from a Personal Injury Lawyer. This is precisely true at the time of the pandemic. Ideally, the workers have to be safe. However, because of the nature of their job, they are forced to work in a risky environment. Since they’re within company premises, doing official business, they are entitled to the benefits mentioned above and compensation.

Right to resign for personal or health reasons

Whether there’s a pandemic or not, no one should be forced to work against their will. If you’re an employer and you threaten or force your employee to work even if they expressed their desire to quit, you may be sued for involuntary servitude. You see, work is a form of a contract. Being such, it should be consensual. When one of the parties intends to sever the agreement, they should be allowed to do so. You won’t stand to lose anything if they resign since you won’t have to be obligated to pay the consideration agreed in the work contract. In that case, there should be no problem in letting them go.

While it’s true that there are plenty of businesses that were forced to close down due to the pandemic, it shouldn’t be used as a case precedent for illegal layoffs. Some employers use the pandemic as an excuse to lay off an employee or deny him regularization benefits. They often argue that since the business is not doing good, they are firing people. While this may be acceptable if they are genuinely insolvent, but you’ll find most of them only evading the duty to regularize employees who passed the probationary period.

Since they don’t want to incur regularization-related expenses, they just let the probationary employee go. Later on, you’ll find them hiring new employees assuming the role of the fired probationary worker. This practice constitutes illegal dismissal. For the layoff or discharge to be considered valid in this case, the employer must show that new workers won’t simply be continuing the work functions of the dismissed one. Otherwise, he will be forced to bring the probationary employee back and regularize his employment.

You need to know your rights to be able to assert them. Never make ignorance or disinterest an excuse to sleep on your rights or get blinded by your obligation. If you remain silent when you’re ought to speak, your subsequent complaint can be rendered moot and academic. If you committed a felony and asserted ignorance for not complying with the law, you will never be excused from the consequences.

At the end of the day, this legal maxim always prevails --  ignorantia legis neminem excusat. You could never feign ignorance in the face of the law.