Everything is Reproductive Justice - Formerly Known As (Part II) 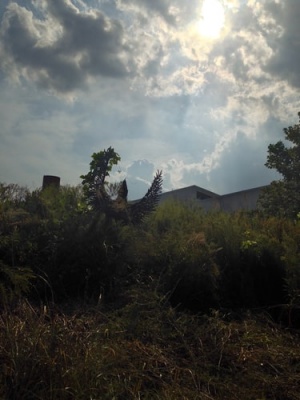 How do you break up with someone? The same way you break up with your favorite business or even an idea. Remember when you were an adult education teacher in Washington, DC and taught the Declaration of Independence (“DOI”) as if it were a breakup letter? If you analyze the DOI as a break up letter, the DOI provides a break up letter template that begins with the idea that breakups should be done with respect and transparency:

“When in the Course of human events, it becomes necessary for one people to dissolve the political bands which have connected them with another...a decent respect to the opinions of mankind requires that they should declare the causes which impel them to the separation….” ~ excerpt from the Declaration of Independence (July 4, 1776)

After committing to respect and transparency, the soon to be United States of America came together and set out what values are important for a relationship to work:

“We hold these truths to be self-evident, that all men are created equal, that they are endowed by their Creator with certain unalienable Rights, that among these are Life, Liberty, and the pursuit of Happiness….” ~ excerpt from the Declaration of Independence (July 4, 1776)

If certain values are not upheld in a relationship, the DOI indicates it is worth at least trying to address your grievances and give the other party a chance:

“In every stage of these oppressions, we have petitioned for redress in the most humble terms: Our repeated petitions have been answered only by repeated injury.”

Finally, after acknowledging past attempts to compromise and work out problems in the relationship, the DOI’s breakup letter template concludes with the breakup:

“We must, therefore, acquiesce in the necessity, which denounces our Separation, and hold them, as we hold the rest of mankind, Enemies in War, in Peace Friends.”

As the year 2020 approaches July 4 and amidst Global Pandemic I (this is likely not the last pandemic), revisiting one of America’s founding documents like the Declaration of Independence can be insightful for envisioning the future. Undoubtedly, the text is riddled with key deficiencies -- as many of the founding documents are -- yet, the breakup framework within the text holds a lasting suggestion for today. Namely, you can separate yourself from a person, place, or idea in order to remain true to your values. Yet also, by instituting a separation, you assert your values and vision for your future.

Now, as a resident of Atlanta, Georgia, you may have never been in love with Atlanta and so it is easy for you to say you want to break up with the idea that Atlanta is Wakanda. Therefore, do not write about the falsehood that Atlanta is any sort of safe haven because there already exists countless blogs, tweets, and more opinions steeped in evidence. Instead, as someone continuing to learn and unlearn through the lens of reproductive justice, lean into the work and insight of adrienne maree brown, a descendant scholar of your favorite author, Octavia E. Butler.

Can you break up with someone, a place, or an idea and still be a part of the change and healing afterwards? Based on the definition of transformative justice, it is possible to assert values, air grievances, and demand change without leaving. Instead of leaving Atlanta (or America) -- to use adrienne maree brown’s words -- participate in a “small compelling experiment” to help change Atlanta.

P.S.: If you're reading this letter and you live in Atlanta, opportunities to be a part of change in Atlanta include the Love Project 404’s Father’s Day Bail Out (continuing past Father’s Day) and Atlanta’s newly created Reproductive Justice Commission.