Everything Nobody Ever Told Me: Academic Excellence Will Only Get You So Far 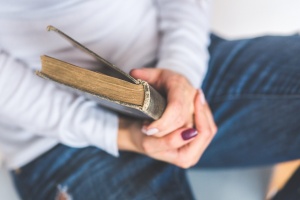 “You have reached the pinnacle of success as soon as you become uninterested in money, compliments, or publicity.” - Thomas Wolfe

My friend’s 16-year old daughter loves to cook.  She takes the culinary class offered at her school, pores over the glossy photos in cookbooks and makes a mean pineapple chicken.  When I asked if she was going to pursue culinary arts in college she sighed and said that she didn’t want to work in the restaurant business.  She explained that the hours were terrible and a lot of restaurants fail.

My stepson is really good with kids.  It is wonderful to observe a 19-year old boy drop any societal pressure to act macho and instead really connect with kids, delighting in making them laugh.  He is very interested in psychology and tried to convince his high school to add a psychology class to the curriculum.  When I suggested he should major in psychology in college and work with children, he told me that psychologists don’t make any money.

Look, I get it.  I used to be 16 and 19 also.  Back then, the definition of success was going to a prestigious school, having a prestigious profession and making a lot of money.  The jump from teenager to that kind of success also felt like a leap across the Grand Canyon.  I did not have any model for doing what I really wanted – have a career in music – and still be able to have health insurance and a retirement plan.  The message I received, loud and clear, from the environment I was raised in, was to pursue the academic route, which would result in a safe and reliable career. This is how “success” was defined.

I said to my friend’s daughter that her love of cooking did not only have to lead her to working in a restaurant.  What if, I said, you could open a little French café instead?  Her eyes widened with excitement and she exclaimed, “I’ve always wanted to own a little French café!”  Wanting to do something is your gut’s way of telling you that is the direction in which you should move.  Your gut knows better than your parents, friends, teachers or community about what is the right path for you to follow.  And, fortunately, your gut is always right.

I’ve spent the last 22 years of my career with the likes of those who did really well academically, went to all the “right” schools and wound up at the “right’ firms, pursuing a profession that society sees as successful.  Impressive, even.  However, my observations of many of my fellow attorneys is that they prize intellect over all else, including relationships and values such as respect and kindness.  There is a disproportionate incidence of narcissism and perfectionism among attorneys - not the traits exhibited by people who have found personal fulfillment in their lives.  A parent may wish for his or her child to be a “doctor or a lawyer” but if this means that your child will be a narcissistic perfectionist - or spend their days working with them – isn’t it time to reconsider what success really means?

What if, instead, parents and children defined success as being “fulfilled”?  That would give children the personal freedom to follow the path that makes their eyes grow wide with excitement.

Don’t get me wrong – getting a good education and making money is not a bad thing, but looking back after 30 years since graduating high school, I wish that I had done it differently.  I wish I knew back then what I know now, which is that there is no such thing as a safe route.  My friend, a Harvard MBA, my friend’s husband, a lawyer, and I, another lawyer, were all sitting in my friend’s living room during the recession of 2008.  All three of us were looking for new jobs, due to downsizing. We were a bit dazed by the historical depths of the recession and wondering what the future would hold.  I said to my friend and her husband, “Had I known this would have happened, I would have become a musician like I always wanted!”.

A feeling of fulfillment might look something like this.  You wake up in the morning and are excited to get out of bed.  The day ahead feels energizing to you.  Overall, you enjoy what you do and enjoy the people you spend your day with.  You feel that your work reflects who you are, that you are pursuing your purpose and expressing your authentic self.  You are not waiting for something else to come along, but feel that what you are doing – right now – is exactly where you should be.

The actor, Jim Carrey gave a commencement address where he described his father as a very funny man who could have been a great comedian.  His father didn't believe that was a possibility for him and so he made a conservative choice and got a safe job as an accountant.  “When I was 12 years old”, Jim recounts, “my father was let go from that safe job.  I learned many great lessons from my father, not the least of which was that you could fail at what you don't love, so you might as well take a chance on doing what you do love.”

My friend’s daughter and my stepson may pursue the traditional definition of success for awhile.  But, I hope that over time they will be able to listen to their own spirit over the din of expectations from their parents, friends, teachers and community.  I hope they pursue that thing that causes their eyes to grow wide with excitement, knowing that this is the path that will fulfill them.  Then, they will truly be successful.