Everything Nobody Every Told Me: Visioning Really Works 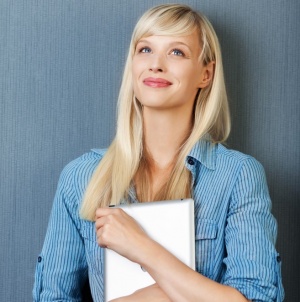 As I was approaching thirty years of working full-time, I began much more flexibility in my daily schedule.  My dream was to be able to set my own schedule instead of adhering to the schedule of others.  Unfortunately, I could not see any viable way to make that happen, since I was working in a big firm where time seemed to be the master of us all.  Over time, my frustration began to build.

Whenever I became frustrated, I began to write out what I wanted my daily life to look like.  Dreams – even those that seem impossible – have a funny way of coming true when they are written out in detail.

The description of my everyday life began with sleeping without an alarm to wake me up.  I wanted to have complete flexibility on how to spend my day.  I wanted to spend the mornings working at my desk and then perhaps meeting a friend for lunch.  Perhaps I would take an afternoon yoga class and write in the afternoons.

I would rewrite my dream description whenever I felt frustrated about making any progress toward my goal.  I added that I would like to sit outside in the sun while working or writing.  Especially during winter months, my time in the office often meant that I left home in the dark and returned home after dark.  I used to say that my definition of freedom was seeing my living room in the daylight.

My description continued.  I have always invested in real estate and I wanted to dig into some more interesting projects.  That would mean having to run out in the middle of the day – something I could never do when chained to my office.  I also had always wanted to do some kind of charitable work around education and combatting food insecurity.  My description included feeling calm and measured throughout my day, devoid of the need to rush.  I pictured myself smiling, calm and productive.

Negative self-talk would often pop into my head as I was describing my dream.  I had no specifics on how to make any of this happen.  This was impossible – what was I thinking?  Furthermore, I couldn’t see how I could make the same or more money with this kind of lifestyle. I assumed all along that I was asking for too much.

About a year after I started writing out my dream, I was asked by a colleague to consider coming to work with her.  We discussed the opportunity and the hours and compensation were such that I would be working one day fewer each week.  Hmmmm… it seems as though the universe was beginning to respond to my dream.  Could this be the change I was looking for?

Unfortunately, that opportunity stalled.  I wondered if the universe was just taunting me.  Maybe this whole dreaming thing was a bunch of woo-woo after all.  Talk about frustrating.

When the universe stalls it may be reminding you that it is working on your request – but preparing you for something even better than you imagined.  My colleague’s offer had made me consider the options for my long-term employment.  I began to brainstorm with several other attorneys about my options and ask them about their own career paths.  Within a few months I was seriously considering self-employment – something my negative voice had always told me was too risky.

One attorney really encouraged me to go out on my own.  She started her own practice twenty years earlier and had never looked back.  For some reason, her perspective resonated with me and I felt a sense of knowing that self-employment was the right move for me.  I had finally broken through my risk-adverse negative voice.  Within a few days I had run “the numbers” by my trusted accountant and received her approval to move ahead.

Two months later, I picked up my clients and moved into my home office for good.

Five years later, my life has been transformed into the dream I wrote about over and over again.  I don’t miss any of the administrative and political nonsense that took up so much of my time when in an office environment.  I now produce the same amount of work in a fraction of the time and while I would have been happy to receive the same compensation, it has grown considerably.

Being able to spend your time in your own way is my new definition of freedom.  I’ve been able to spend as much time as needed with clients without feeling rushed.  I am able to lend an entire personal element to my client relationships that I’ve never felt I had the time to do before.  I realized that I didn’t want to stop practicing law, as I had often proclaimed before my self-employment, but that I just wanted to stop practicing it in environments that didn’t match my work style – or lifestyle.

Three years after going out on my own, I launched my food pantry in a local school.  I’ve since formed a Board of Directors and partnered with several other local organizations with complimentary goals.  I’m currently working on my latest investment property – a project I would never would have had the time for prior to self-employment.

I read back on the dream I wrote out for myself and I am so thankful that I didn’t have to wait until retirement in order to finally feel like I have time to enjoy all aspects of my life.

When looking forward to 2021, what do you want your everyday life to look like?  What dreams do you want to come to fruition?  Writing out your vision and describing it in detail is a request to the universe to help you realize your dream – in whatever form it may take.  Most importantly, describe how you feel in your dream.  So often a dream comes true in a form that looks very different from what we pictured – but the essence of that dream is what is realized.

Be aware of the negative voice that will come up to tell you all of the reasons why you can’t have what you want.  An apartment in Paris?  You’re not a millionaire.  Time for yourself in the afternoons?  You’ve got three kids.  Just write out a description of what your life looks like and see what happens.  Make this the time that you put your intentions out into the universe – as far-fetched or as crazy as they may seem - and see how the universe responds and in what form.  Stay open-minded about the results and I bet that in a little while you’ll see your dreams begin to take shape.