Failure Turned Inside Out: Failure is a State of Mind 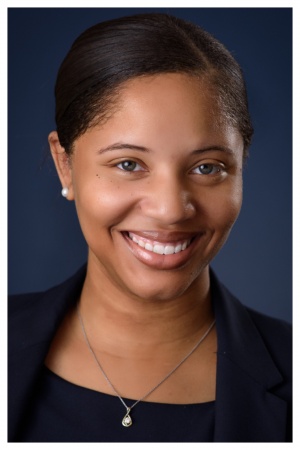 “I am passionate about making sure they are humanized.”

Full disclosure: the woman I am featuring in this month’s edition of Failure Turned Inside Out is one of my best friends in the entire world. And while I may be a bit biased here, I think that her poise, maturity, and depth as a human being is awe-inspiring because these characteristics speak to the qualities that true carriers of justice should possess in order to keep the system thriving.

Similar to some of the other women I have featured in this series, Ryan Ragland knew very early on that she wanted to be a lawyer. “Very simply put, I’m a problem solver by nature,” she said. While she always envisioned herself as a crime-fighting prosecutor, a need for compassionate defense of criminal defendants altered her plan. “As a defense attorney, the idea of helping people sort through their problems to reach a fair resolution and being a voice for those who can’t speak for themselves fuels me.” Ryan said that she recognizes that often times her clients are judged not by their character, but instead by the offenses that they are charged with. Her success has come from her ability to see these clients as more than their offenses. She has this admiring ability to see them as mothers and fathers with families and friends who care about them, who are simply trying to survive given their circumstances. “I am passionate about making sure they are humanized,” she said.

“I didn’t want to take people away from their families, like what happened to me.”

Ryan’s personal contact with the criminal justice system might have a lot to do with the armor of compassion that she dawns on a daily basis. Towards the end of her high school career, her father was sent to prison for a few years. The young woman who was determined from an early age to become an attorney, suddenly wanted to drop that dream indefinitely. “I didn’t want to take people away from their families, like what happened to me.” This traumatic experience had the capacity to alter the course of her life if she had allowed it to do so.

In the midst of fighting this internal battle, Ryan began clerking for United States District Court Judge Sandra S. Beckwith. Watching the way Judge Beckwith interacted with defendants helped her realize that there can be balance within the justice system. Judge Beckwith helped Ryan realize that while people absolutely need to be held accountable for their actions, the process does not stop there. Rather, people can move past their bad decisions. Judge Beckwith helped everyone who came before her by treating them with dignity. The experience with Judge Beckwith ultimately helped resolve Ryan’s doubt about joining the legal profession and she went on to law school, but not without some challenges.

"I could not allow myself to accept defeat.”

As many first-year law students, Ryan struggled immensely as she tried to acclimate herself to a new city and new way of thinking. When I asked her how she got through that difficult time, Ryan’s response was simple, “I had to dig deep, assess who I was, pray fervently, and keep pushing. I could not allow myself to accept defeat.” She was able to obtain a vision for the kind of lawyer she would be due to her personal experience with her dad going to prison. She knew that she could relate to her clients in a very unique way. Given her experience, Ryan would be able to understand that her clients were people, with voices that needed to be heard, and would be represented by someone who understood what being torn away from their families felt like. The profession needed her and her testimony. In that season, Ryan learned how strong both she and her faith were.

“My favorite scripture is Jeremiah 29:11: ‘“For I know the plans I have for you,” declares the LORD, “plans to prosper you and not to harm you, plans to give you hope and a future.”’ Another favorite is Romans 5:3-5: ‘We can rejoice, too, when we run into problems and trials, for we know that they help us develop endurance. 4 And endurance develops strength of character, and character strengthens our confident hope of salvation. 5 And this hope will not lead to disappointment. For we know how dearly God loves us, because he has given us the Holy Spirit to fill our hearts with his love.’”

“Struggling to become a lawyer groomed me for the challenges that come in being a lawyer.”

From these scriptures Ryan was able to draw strength. “Struggling to BECOME a lawyer groomed me for the challenges that come in BEING a lawyer.” She admitted that she, like anyone else, has her moments where she feels defeated, but she is always able to go back to who she is at her core.

The women whom Ryan has grown to look up to in the profession, Kim Amrine, Melissa Green, Colleen Kirkpatrick, and Judge Sandra Beckwith, have exhibited the same compassion, drive, determination, and grace that Ryan also has at her core. She has shared war stories with these women and learned from them, her unique perspective as someone who has been touched by the criminal justice system personally, and her evolution through law school that “failure is a state of mind. It doesn’t have to be your reality, unless you allow it to be.”