Failure Turned Inside Out: I Don’t Scare Easy 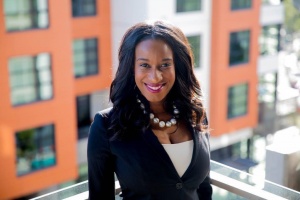 Specialization: International Tax and Taxation of Financial Instruments and Products

“Revenge is a dish best served cold.” Any Godfather fan knows that Don Vito Corleone was, frighteningly, a man of his word, but it was his trusted advisor who ensured that Corleone escaped legal reprimand for his chilling antics. Joy Harper became enamored with the advisor’s innate ability to problem solve as a means to effectively advocate for his boss Corleone. Mix that along with her interest in banking, and it makes absolute sense that she ended up in tax and finance. Her journey, however, was certainly not without obstacles along the way.

When recounting her route to law school, Joy noted the importance of discipline. She admitted that when she graduated from undergrad, she was not paying attention to LSAT deadlines and ultimately procrastinated when it came to taking the exam. Meanwhile, the firm she was working for at the time not only did not seem as if they wanted to hire her post-graduation, but was also going under. “I needed to do something fast. I was going to graduate without a job and without admission to law school.” So, Joy took the GMAT and ended up attending Case Western Reserve University, where she obtained a Masters of Accountancy.  This led her to Ernst & Young and eventually Cleveland-Marshall College of Law at Cleveland State. Not too shabby for a Plan B, huh?

Joy’s alternate path ultimately taught her that things do not always go as planned. That is a tough pill to swallow when you have a Type-A personality like Joy or most of us who aspire to end up in the legal field. “I think this moment taught me to be a bit more disciplined with my life. I have always been smart, but sometimes socializing and having fun were my priorities versus focusing on school. So, when I got to Case and then Cleveland-Marshall, I knew I had to do well. I felt tremendously blessed!”

Once Joy began to grasp the importance of discipline, the blessings just kept on coming. Her evolving ability to problem solve afforded her work all over the world and the country. Since graduating from law school in 2008, Joy has worked in Washington, DC, London, England, and now San Francisco, California. “I did not expect my career to take off like it did while I was at Cleveland-Marshall. I expected to do well, but maybe not as well as I have done. Now I feel like I have only just begun and have so much more to accomplish—I owe my success to God, my family, my close friends, my Sorors who mentored me through law school, and the academic advisors who believed in me.”

In terms of what she learned about herself on her curved path to success, Joy said, “I learned that I am more resilient than I think I am…Some people joke that I can take anything.” “Part of that,” she went on to say, “comes from being raised by a Baptist minister and mastering early on as to how to operate in a crisis.” Joy also learned a key tip for success: “Don’t fear rejection.” Whether that is rejection from people or your plans, you cannot allow that kind of fear to kill your potential.

In many ways, Joy’s resilience and boldness prepared her for the work that she does today. She has found that people in public accounting are “just built different.” Joy shared that she has had colleagues who cry, quit, and even pitch fits when the road gets tough. In those moments, she always thinks to herself, “NOPE! You must keep going—there are too many people looking up to you and depending on you to be excellent.”

Delving more into the dynamics of the work she does now, Joy admitted that her current role is tough. She recognized that she works with a lot of really smart people- some of the brightest minds in finance. “But I am smart as well, so I don’t scare easy. I think going through tough times earlier helps me stay grounded when things get chaotic or stressful.”

“I don’t think people understand the crazy we deal with on a day-to-day basis.”

Beyond the tangible stressors of the workplace are the innate obstacles Joy and most women and minorities face. Joy’s thoughts on the impact of diversity (or lack thereof) in the workplace, was extremely honest and enlightening. She acknowledged how hard it is, particularly for black women. “I don’t think people understand the crazy we deal with on a day-to-day basis.” From being mistaken for the secretary, observing white men only speak to other white men, to witnessing black professional networks blatantly leave black women behind, and even seeing white women leave women of color behind as well, she has seen it all. However, what is empowering about being a resilient, problem solver is that Joy recognizes that she is now in a place where she can effectuate change.

Joy’s goal to generate change is constantly furthered by the women she personally looks up to. These women are problem solvers in their own right and have stared rejection in the face as a means to fundamentally overcome it. Women like:

Sometimes our paths to success are pelted with pitstops primarily because we get in our own way. We become consumed by fear of failure or rejection. What I have learned from Joy’s testimony is that the most successful women are those who learn to be their own trusted advisor. These women train themselves to not fear rejection when things do not always go according to plan and they simply don’t scare easy when plans surpass all expectation.

***Connect with Joy on LinkedIn.

TO LEARN MORE ABOUT THE MISSION BEHIND "FAILURE TURNED INSIDE OUT" CLICK HERE AND BE SURE TO CHECK OUT ALL THE OTHER GREAT BLOG SERIES FROM MS. JD WRITERS IN RESIDENCE CONTRIBUTORS