Failure Turned Inside Out: Pay It Forward 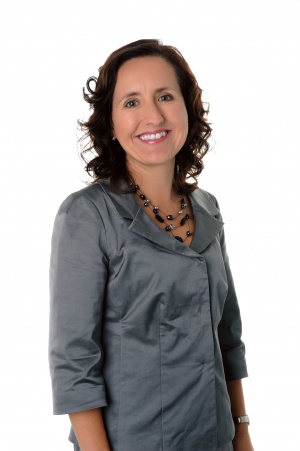 Things eventually came to a head.

Like many recent college graduates, Kim did not know what she was going to do after she graduated from Northwestern University. After all, she did not particularly love school. So, she packed up her little Honda Civic and moved to Washington D.C. Her interest in politics eventually led her to apply for jobs on Capitol Hill. But most of the jobs on the Hill were unpaid and she needed to survive. She then picked up a waitressing job as well as a project assistant position at Jenner & Block, LLP. It was her time with Jenner & Block that ignited her passion to work in a team setting on litigation matters. Two years later, she applied to law school, was admitted, and began the evening program at George Washington University Law School while maintaining a full-time position with Jenner & Block. Her hard work and persistence paid off, but not without some challenges along the way. We talked about some of those challenges.

While many obstacles came to mind, there was one particular moment that came to the forefront. You see, Kim’s journey was unique in that she did not have the opportunity to attend her law school graduation due to a much more pressing matter: graduation weekend was also the same weekend that she delivered her first child.

Shortly after, Kim moved to Cincinnati, Ohio with her husband, also a recent law school graduate, and their newborn daughter. Having just recently given birth, Kim had to let her firm know that she would need to both start studying for the bar exam and begin her new position with the firm a bit later than expected. Luckily for her the firm was accommodating and allowed her to start her position later.

Here she was- a new hire working a full-time job, a new mom, in a new city, studying alongside her husband, who was also preparing for the rigorous right of passage that is the bar examination. Things eventually came to a head.

“I completely broke down."

It was three weeks before the dreaded bar exam. Her daughter was incredibly sick and they had landed in the emergency room. Kim found a pay phone in the hospital and called her mentor, who had been assigned to her through the firm’s mentoring program. What was intended to be a simple call into work to let her mentor know that she would not be able to come into the office the following day, turned into one of the most humbling lessons in what it means to pay it forward.

“I completely broke down. I was crying. I told her I was a horrible mom. I was going to fail the bar. I was going to get fired. And Social Services was probably on their way to get my kid.” I asked Kim what, in that moment, made her feel as though she was failing on so many fronts. She went on to describe a complex that I believe most women battle internally. “I think we often feel guilt. But ultimately, it’s about having a big picture viewpoint. You could have a huge victory in a case and a loss on something else. It could be a good week on this, but bad week on that.” Simply put, I think it is safe to say that Kim felt as though she was having a bad week on multiple vital fronts that day in the emergency room.

Her mentor eventually calmed her down. “She said, ‘Tell me everything that’s on your desk right now. Stay with your daughter and focus on her. Then when she’s well, work your butt off and pass the bar. I don’t want to see you here [in the office] until after the exam.’” And as if that bit of advice was not enough, what Kim’s mentor said next truly put things in perspective: “She told me, ‘Honestly, no one has given you anything that critical because you just started!’” Talk about having a big picture viewpoint.

"Another woman stepped in on my behalf. She stuck her neck out for me and she didn’t have to.“

At this point in the conversation, I wondered whether Kim had had any frame of reference as to how women were supposed to deal with obstacles in their profession. “No.” She said. “All I knew was that I was looking around for the women and the women with children. I needed to see others like me and see that they had done it.” Kim was fortunate enough to eventually find these women along her climb to success. Again and again, she encountered women who were both amazing mothers and lawyers. These women served as a guide as to how to deal with obstacles, just as her mentor had done in that moment of crisis.

Kim ultimately went on to nursing her daughter back to health, studying her butt off, passing the bar exam, and embarking on a thriving career with her law firm. But she recognizes the significance of that moment. “Things could have turned out really different, right? I allowed myself to be vulnerable in that moment. I hadn’t proven myself yet, but being vulnerable allowed someone to step in to help me. Another woman stepped in on my behalf. She stuck her neck out for me and she didn’t have to.“

Kim spoke in depth about how this experience with her mentor invoked in her a huge passion to pay it forward and lift others up. “Someone stepped in and made a difference in my life.  She believed in me when I didn’t have that belief in myself. I can never pay her back, all I can do is help someone else.”

"It may be difficult to always see the efforts on the surface."

One of the ways that Kim has been able to pay it forward on a daily basis, has been through her position as the Director or Diversity Inclusion for her firm, Frost Brown Todd, LLC. When she joined the firm, there was the onset of a women’s initiative. She raised her hand right away and asked how she could get involved. A few years later, the firm’s Executive Committee created a role committed solely to diversity. She threw her name in the hat for the position and was fortunate enough to be selected. Kim feels as though she can authentically be herself in this role. She loves people and appreciates the fact that this role allows her to focus on people.

“This is not just a side committee on top of legal work that we do. I get to do it everyday and have multiple levels of support throughout the firm, which is important. We work on how we can do better and ensure that we are living what we advertise on the firm’s website.” She likened the work that she does to an iceberg because while it may be difficult to always see the efforts on the surface, her work to promote diversity inclusion is done underneath for the betterment of the firm and the people it serves. She and her colleagues do this by considering things such as implicit bias in marketing and the interview process of potential new hires.

"Don’t go through it alone.”

I wanted to know Kim’s opinion on what role an office’s diversity (or lack thereof) might have in a woman’s experience with obstacles in her career. She made it a point to note that there is diversity even in this kind of scenario. “We cannot necessarily prescribe a role. Each woman is unique and we have to recognize that. The role [of diversity] may not be the same role for my partner or a new associate.” She stressed the importance of everyone in the office having choices. Just like diverse lawyers, there is diversity among women. So, ultimately an office’s diversity may have a vital impact in one woman’s experience with obstacles in her career and may not have any in another woman’s experience.

Having gained immense success at this point in her career, Kim offered some essential advice as to what she would have told herself that day in the emergency room, “It’s going to be okay. Although it seems like it cannot possibly be, it will be okay. Don’t go through it alone.” We then ended our conversation highlighting some women who have been integral in Kim’s professional career and ensured that she not go through it alone. From her mentor Lori Landrum, the Chair of the Women’s Initiative Kim Mauer, to sisters in the profession Kimera Hall, Renee Filiatraut, and Debbie Adams. All of these women have shared tough times in their career with Kim. And all of them by example continuously show support for other women in the profession. Each of these women has exhibited the practice of paying it forward.

As a D&I professional myself and someone who works at GW Law, I was so pleased to read this article and learn more about Kimberly Amrine so thank you for writing this piece! I also don’t think we read as many stories about the value of resiliency and overcoming hardship in the legal profession so I appreciate the honesty and authenticity reflected in Kim’s story.