By Patricia Jjemba • June 09, 2017•Writers in Residence,  Careers,  Firms and the Private Sector,  Politics and Government,  Other Career Issues,  Law School,  Choosing a Career and Landing a Job,  Issues, •Mentoring and Networking 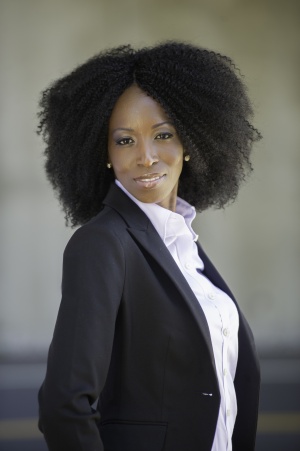 "I do not believe people fail. I believe they are put in positions that challenge them to reinvent or redirect themselves.”

You never really know where life can take you. Early on Tamara Titre knew that she wanted to be a voice for others. Her desire to obtain a law degree grew stronger as she became more involved in her community and began looking for ways to provide value. “I was working for a utility company and at that time I did not feel motivated or intellectually challenged…Although it was a huge risk to leave a full-time position to attend school, I was not thinking of failures; I was thinking of opportunity!”

So after being accepted into Michigan State University College of Law, she promptly quit her job, packed up, and moved to Michigan to accomplish her goal.

As with most journeys toward a particular goal, Tamara faced some obstacles along the way and was open enough to share some of those roadblocks with our readers. “Failure is such a harsh word. I prefer to use the term obstacles or roadblocks. I do not believe people fail. I believe they are put in positions that challenge them to reinvent or redirect themselves.” Tamara’s journey to becoming Assistant City Attorney for the City of Bridgeport, Connecticut is a prime example of life’s ability to place certain obstacles or roadblocks in our paths, but our uncanning ability to nevertheless ascend with the right type of practice and preparation. You see, when she first applied for the job, she didn’t get it. “It was my dream job. I am from Bridgeport, I take pride in my city, and I knew that I wanted to work for the City post-clerking. So, when I got the rejection letter I was naturally devastated.”

The Power of the Law of Attraction

I want to take a brief detour from Tamara’s story for a moment. I am not sure how many of my readers have heard of “The Secret,” but recently my friends and I have been sharing it with our loved ones because of its profound impact on our lives.  The Secret is a book, which has also been turned into a movie, and is based upon the principle of the law of attraction. Essentially, the idea is that you have the ability to attract the job, mate, achievements, or even pair of shoes that you want simply by exercising oral, literary, physical, or mental repetition.

For example, after I took the bar exam, but before I received my results, I repeated to myself how I felt when I had learned that I had passed; I wrote and hung post-it notes with messages from the bar examiners congratulating me on meeting all of the requirements necessary to be admitted to the bar; I wrote out an offer letter from my future employer and placed it on my bathroom mirror; I posted the salary I would be making on my whiteboard; and I even imagined myself walking into my two-bedroom condo with hardwood floors in the city of my dreams. This was all before I had learned that I had passed, before I had received any correspondence from the bar examiners, before I had ever even been extended an interview after applying to almost 150 jobs, and before I had enough money to consistently eat three meals a day, let alone afford a condo in one of the most expensive cities in the Country. I did this daily for MONTHS! Four months after I started practicing the law of attraction, I have passed the bar exam, am licensed in multiple jurisdictions, have a full-time position at a firm, and am currently writing this piece in my two-bedroom condo wearing cute, little, fuzzy socks (the hardwood floors are cold at night).

Let’s get back to Tamara’s story. Now, I have no idea if Tamara knew that she was actually practicing the law of attraction, but what she did next is a prime example of the principle and our ability to manifest our goals. After the devastation of not getting her dream job, Tamara did something pretty inspiring. “I wrote my resignation letter to my then employer…for the day it became necessary to submit it.”

Practice makes perfect. It was as if she was practicing in preparation for the opportunity that was inevitably coming her way. Nine months later, she received a call for an interview with the City. “It was almost like I had gone through a re-birth; and the rest as they say ‘is history’.”

“I learned I was stronger, more resilient, and more determined than I’d believed myself to be.”

Tamara noted that she has been fortunate enough to have had several female attorneys who have supported her along the way. In particular, a judge who has been her mentor for the past five years. “I admire her strength, her intellect, and most important, her eagerness and passion in assisting minority women succeed in the profession.” Tamara said. She went on to say that, the judge’s description of failure was that, “it is not an option.” We then delved a bit deeper into the judge’s thoughts on failure. “Like most of us, she has had her own obstacles while fulfilling her goals, none of which prevented her from achieving them. For instance, she applied four times to the US Attorney’s Office. She needed more trial experience and after three rejections, she was finally hired. Her message was that rejection happens to all of us, but we have to not let it affect our confidence and be persistent and figure out what we need to do to change the result.”

While not getting her dream job on the first try, or the first three tries in her mentor’s case, was certainly an obstacle, both Tamara and her mentor realized that it was up to them to decide if they were going to allow the obstacles to define whom they were. Tamara chose not to do so. “I learned I was stronger, more resilient, and more determined than I’d believed myself to be.” She emphasized how the significance that the experience of being initially rejected affected her mentally, spiritually, and personally.

"Get a 'Board of Directors'"

Tamara also had some words of wisdom for any woman experiencing her own setbacks right now: “I would tell her to get a board of directors. Surround herself with people who will inspire and motivate her. People will who will not be afraid to challenge her and tell her when she is headed down the wrong path.” Such pertinent advice for any woman who wants to be a boss in all senses of the word, am I right? Lastly, “I would advise her to seek out those people who are interested in her and never hesitate to [let them] know how much they are appreciated. In that same vain, take the time to pay it forward especially at those moments when she feels like she is not achieving her dreams. Mentor someone. She will see how quickly that perspective of failure or self-doubt changes!”

So, maybe it's time for you to consider practicing the law of attraction in your own personal and professional life. And if success is your ultimate goal, start developing your own board of directors. I am grateful to know that Tamara sits on mine.

Feel free to reach out to Tamara J. Titre here.