Failure Turned Inside Out: Understanding the Game—Not Allowing the Failure Consume You 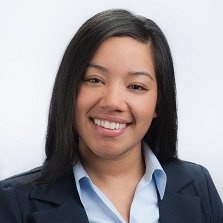 Professional Title: Assistant Solicitor for the City of Atlanta

Real life family experiences thrust her into the legal realm.

While her interest in becoming a lawyer sparked when she was a teenager, Kiera Potter never really thought she would become one. In fact, she thought she was going to be a psychologist. It was not until some real life family experiences thrust her into the legal realm that Kiera was able to fully comprehend the difference an attorney can truly have in someone’s life. In high school, her dad went to prison and her parents divorced. And although these were not particularly exciting times in her life, it was during these moments that Kiera appreciated a lawyer’s ability to advocate on behalf of those who, like her family members, were in dire circumstances and did not always have a voice. This kind of advocacy is what drew her into and has ultimately kept her in the legal profession. While as a prosecutor she does not always have a “client” in the traditional sense, Kiera says that she is happy when she can help a victim of a crime and even recognizes that, “prosecuting a crime may be what it takes for someone to get help with a substance abuse problem that they may not have otherwise tried to fix without the court system being involved.”

"I felt like it took me a little longer than most students to understand the game."

Kiera’s passion to serve as an advocate ultimately crashed right into the realities and difficulties of law school. In fact, once she finally got to the University of Louisville Brandeis School of Law, it felt like a completely different universe! “I struggled with the stress of law school for different reasons. I felt like it took me a little longer than most students to understand ‘the game’ of law school. I [also] didn’t have family members that I could call for help because most of the people in my family, including my parents, did not even go to college. Being able to manage my time with class, reading, and preparing also overwhelmed me. For most people who know me, they would probably have never guessed this because in undergrad I did very well in all of my classes.” And as one of those people who knew Kiera in college, I had no idea that she had struggled in the same way that a lot of us did during that first year of law school. It was not until Kiera and I had some very real conversations that I realized that our struggle to succeed in this foreign space, also known as law school, was extremely similar. “All of these issues came to a head during the spring semester of my 1L year when I literally almost failed my Property class.”

Put quite bluntly, Kiera perceived her near literal failure in Property as a monumental misstep, “because I barely passed! I had never received such a low grade in my life!” Like many of us who flounder around trying to gather our bearings during that first year of law school, Kiera toyed with the idea that maybe she was not as smart as some of her colleagues. And worst of all, that maybe she had made the wrong decision by going to law school in the first place. Her feelings of inadequacy stemmed not only from disappointment in herself, but also the fear of failing-- failing herself and her family. Looking back with much more clarity, Kiera recognizes that she only overcame this situation by realizing that, “while [it] felt like a huge disappointment at the time, [it] would be part of my journey. I realized I had to be positive and that I could not get stuck on my mistakes. I knew that if I let my failures define me, then that would give me an excuse to take the easy road, quite law school, and never reach my goals.”

"She cannot allow the failure to consume her. Instead, she must use that failure as fuel to push her harder."

Most inspiring is Kiera’s recognition that there were in fact so many people (lawyers and professors) that would have been willing to help and give her advice about making the transition into law school. This recognition has translated into her practice of law when it comes to women helping each other through moments of failure. “In my experience, I think women want to help other women in our profession, especially when it comes to failure. From the women that I have encountered, there seems to be an understanding that we NEED to help each other and be resources for one another.”

Given the opportunity to talk to another young woman embarking on her own legal career and tackling her own failures, Kiera has some advice: “She cannot allow the failure to consume her. Instead, she must use that failure as fuel to push her harder to reach her goal.” Kiera went on to say that failure is a part of life and without it we would not be able to appreciate success. “Encountering failure makes you more resilient and molds you into a better person. If we navigate life trying to avoid it, we will feel disappointed, discontent, and unsatisfied in everything we do.” So instead of trying to skirt failure…understand the game, own your failures, and don’t make the mistake of letting it consume you.