Female Surveyors: Why Now Is the Best Time to Start Your Career 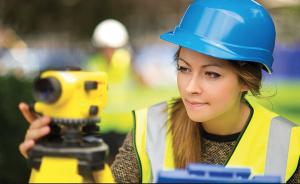 A recent study carried out by the Royal Institute of Chartered Surveyors or RICS discovered that 41% of women (older and young) were under the perception that gender would count against them at some point in their career. Following the RICS survey “The building industry was singled out by young women as one of the worst offenders that were ripe for change”. Typically, it is believed that women will get a hard time in this sector as will not be paid as much or even valued the same. On the last review, only 13% of the registered surveyors were, in fact, women, which is noticeably low for any professional in 2017. With this in mind, it has exposed the current state of affairs, sparking a push for more women to enter into the industry. So why should they make the move?

Diversification in The Sector

Even though 13% is a low sounding figure, the surveying workforce is undergoing mass amounts of changes. Reports show that towards the backend of the 80’s, just 3% of women were qualified surveyors so this is quite a substantial change in a relevantly short space of time in terms of professions. Whilst some may argue this isn’t quick enough, stats show that just over 27% of surveying students are now female, showing a clear change for the future. There is also a collaborative effort to create change across the industry with RICS running several campaigns that target women to start a career in the field. Many employers are now actively looking for women to fill posts and develop diversity within their teams.

It’s a great time to get into this profession as there is a skills shortage meaning that whatever gender you are, there’s a demand for workers. With a lack of surveyors in the market, especially in the chartered surveyors sector, it means that employers will need you to ensure the profession constructions, instructions and projects are completed to the highest standard. With firms constantly competing with each other over the top talent, you are in the prime position to show what you can bring to the table. In addition, the wages will increase for the sector as there is such a clear shortage.

As touched upon above, whilst things are improving, women are still a large way off being where they should be in the field. With the profession actively seeking out more women, you might feel you should stand out in the short term but this isn’t always a bad thing. Getting noticed by the right people is the best way to get a promotion and move up the ladder. By moving up into higher positions you’ll inspire women alike to strive for the same, creating a spark in the amount of applications and women in the sector.

Pay Gap Is Smaller Than You Think

When it comes to the gender pay cap, construction is showing more signs of equality than hospitality, real estate and even the transport industry. The best result of all is that Chartered Surveyors are doing best of all as there are many cases of women earning more than men. One of the leading compulsory purchase order surveying companies in the North West believe that contrary to popular belief, women surveyors can earn more money than men and with the shortage in the sector, it provides an equal opportunity for all genders to succeed in the field.

With the field showing signs of change and the governing body taking steps to get more women into the sector, hopefully, after reading this article you’ll be inspired to look into the career and take that first step to becoming a surveyor.