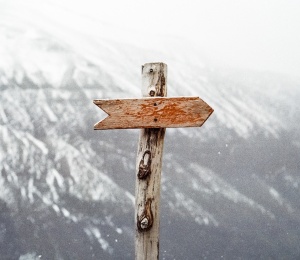 Our intergenerational group of women lawyers recently met to continue discussing Sheryl Sandberg’s Lean In, focusing on Chapters 1 and 2. We had an engaging discussion on many topics, including:

We focused a fair amount of our discussion on the differences and similarities in women’s challenges from generation to generation of women, on which I’d like to expand. In Chapter 1, the author describes how Judith Rodin, the president of Rockefeller Foundation, once said to an audience of women of younger generations, “My generation fought so hard to give all of you choices. We believe in choices. But choosing to leave the workforce was not the choice we thought so many of you would make.” This quote inspired us to think about how women of different generations may define feminism differently.

Many in our group shared Dr. Rodin’s belief in choice and discussed how feminism means that women have freedom of choice. However, we examined the choice we feel we have and questioned whether the decision to leave the workforce is a choice at all. For many women, it clearly is not a choice. With the oft prohibitive cost of childcare combined with the lack of family-friendly flexibility in jobs, many families feel forced to have one parent leave the workforce to be the primary caregiver to the children and manage the home. With men still making significantly more in income than equally positioned women, it often is the woman who must “choose” to leave her job to handle childcare during the workday.

For those women for whom leaving the workforce is not as imperative, it may seem like they do have a choice. (They certainly have more options and flexibility the more financially privileged they are). However, we wondered how we women can know whether we are truly and freely choosing to leave our jobs to take on the difficult work of full-time caregiving, or whether we have been socialized or culturally pushed to make that “choice”. Even if we view this outcome as a choice, it is not one that comes for free. Some of the costs are lost earning capacity, inability to advance, and perhaps the most taxing of all: guilt.

We identified guilt as a common denominator among middle-aged and younger women and discussed how this may be an important difference from Dr. Rodin’s generation. Some in our group shared how their mothers seemed to do it all without the burden of guilt. As Ms. Sandberg touches on in later chapters, women are expected to do everything, and with current tech capabilities, we are “on call” for everything at the same time. This is an impossible charge, and we are left feeling guilty no matter what “choices” we make. For some whose mothers were kept out of the workforce, there also is the pressure to embrace the career opportunities their mothers did not have, which also contributes to guilt.

As I reflect upon the group’s exploration of guilt, I wonder if the portrayal of our outcomes as “choices” gives teeth to our guilt. Older generations of women did not feel they had as much choice. Our group pondered whether, in some ways, there was some relief and less pressure in not having a choice. This is not to say that older generations had it better, that we would go back in time if we could, or that we don’t appreciate and greatly benefit from what they fought for. But it is to suggest that the acknowledgment that many of our choices are not yet true choices puts us on common ground with women of older generations, for better (less guilt) and worse (the realization of just how far we are from true gender equality).

Please share your thoughts, comments, questions, and ideas relating to this post or generally to Lean In in the comments section so we all can benefit.

We thank Ms. JD for partnering on this project, and we thank JC Law Group for donating the space.

Neha Sampat is founder, consultant, and coach at GenLead, where she focuses on inclusion, leadership, and professional development. She received her JD from UC Berkeley School of Law, after which she practiced technology licensing and education law and later served as Dean of Students and Adjunct Professor of Law & Leadership at Golden Gate University. She brings to GenLead vast experience supporting and supervising thousands of diverse students and staff and also successfully collaborating with stakeholders of varying backgrounds.

Another great review from your group’s Lean In Group Discussion. I so wish I were there to experience your conversations. Recently, I have come into a unique position. After years at home with my child (partly by choice, partly by necessity) I am on the cusp of reentering the workforce with a brand new career in law. To make it happen, my husband and I have agreed to have him raise our son for one year in the state where he works, while I begin work in a different state (not by choice, but due to needs of the military). Nevertheless, at the end of next year, when we hopefully reunite, I will have a very unusual and unique perspective that I never thought I would have. Namely, I always assumed I would be the sole responsible parent, as that has been my role for over ten years. I can’t wait to see how this all turns out!