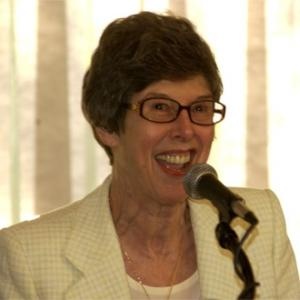 In February 2007, we were honored to receive this submission from Herma Hill Kay, professor and former dean of Berkeley Law/Boalt Hall.

I’m delighted to join this wonderfully creative new venture, and to be part of the “First Women Lawyers” series. I am particularly interested because my own current research project is devoted to telling the story of the entry of women professors into the previously all-male law school world during the twentieth century. I’ll say more about that at the end. First, I’ll briefly describe my own entry into law teaching. I got the idea to go to law school from a grammar school teacher in South Carolina. She taught a civics class, and one day she decided to have us debate the topic, “Resolved, The South Should Have Won the Civil War.” I was the only one in the class who volunteered to take the negative of that debate. After it was over, she said to me, “If you were my daughter, I’d send you to law school.” I ran home in great excitement, and said to my Mom, “I’m going to law school!” Mom, a third grade teacher, was not encouraging. “No, you won’t,” she said. “Girls can’t make a living as lawyers. You’ll be an elementary school teacher, just like me.” In 1946, the evidence was all on her side, but I didn’t give up the idea.

Professor Kay taught me Family Law at Boalt, and she was one of the best teachers there.  I also know that she inspired many women to choose law as a profession and was instrumental in opening up the law schools to women, especially at Boalt.  Just a few years after I finished, I was at an Alumni lunch in 1976 and the Boalt Student President (a woman) noted pointedly that the school didn’t look like we’d seen it - over 40% of the student body were women.  When I’d graduated in 1969, barely 15 or 20 of the class of 200 or so were women.
Hoo-ray for Prof. Kay!!