The Future of Big Law - UCLA Above the Law Debate

By Robin Shofner • January 10, 2010•Firms and the Private Sector 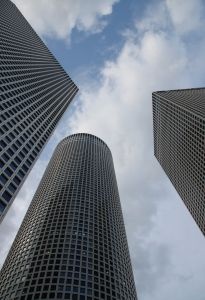 UCLA recently hosted a debate between David Lat and Elie Mystal of Above the Law.  The debate centered around associate compensation and promotion in large firms.  Specifically, Mr. Lat supported the view that a merit-based system is the best way to compensate attorneys and Mr. Mystal argued that a lockstep system is optimal.  Obviously, each system has its benefits and its drawbacks in relation to all associates but women and minorities may be especially affected by which manner of compensation is used at their firm.

When the debaters were asked how the method of compensation would affect diversity in large firms, they both seemed to agree that a merit-based system might adversely affect minorities, women, and gays and lesbians.  The theory being that firms are still disproportionately run by older, white men and that those older, white men will be making decisions about which associates have performed well enough to be promoted.  The more that these partners are empowered to make determinations about pay scale, the more minorities and women are likely to suffer.

Ultimately, while both systems have their faults, it seems that a merit-based system may end up being disadvantageous for women and minorities and may eventually end up hurting diversity efforts as a result.

It is very hard for me to take the discussions on the death of lockstep compensation seriously.  Perhaps it is the wave of the future - or at least, the wave of hard economic slumps.
But I am a fourth year associate and have not even SEEN the partners for the cases to which I’m assigned in over 10 months.  This is the norm for massive litigation and other large scale cases, I believe.  How could they possibly even pretend to evaluate me?  On the basis of the 6th year associates’ evaluations for whom I usually work directly?