Gen Y and the Blame Game 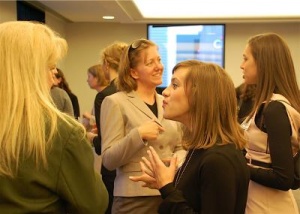 The New York Times’ Lisa Belkin—she who graced us with the oversimplifying phrase “opt-out”—is a good writer, and she frequently touches on subjects that I find personally compelling. This is largely because she’s one of the few mainstream media writers writing about the working life struggles that I face or will face, and which I spend a lot of time thinking about. (Why she has been cosigned to the Styles Section, rather than, say, the Business Section, and what message that sends about the valuation of issues relating to working women and men vis-à-vis their personal lives, is worth a whole other post.) Still, while I appreciate that she is talking about various issues that I think are extremely important, I always feel as though her articles leave me feeling unhappy or unsatisfied because she has left out important points or only presented a narrow side of the story.

Today’s column, Prepping Children for the 9 to 5, is no exception. In it, she talks about the effect that parents can have on their children’s attitudes and expectations about work. For the record: this is a great topic, and one that is probably deserving of much more study and discussion. I’m sure that if you scratched the surface a little, most people will reveal that their thoughts, expectations, and aspirations about work are heavily influenced by their parents’ experiences, and their interpretation of their parents’ experiences. I, for example, realized very early how frustrating it was for my mother to give up her career to stay home with me and my two brothers, even though she made this choice willingly and wanted, at some level, to be a SAHM.

But where Belkin lost me is when the article took a turn and indicted an entire generation—my generation, Generation Y—for being self-absorbed, unwilling to work hard, and easily dissuaded. The anecdotes used are particularly telling: one is about consultant running into a friend who quit his job because it interfered with his social life and he had to work weekends. The other is a quote from another consultant, who said “This generation has been spoon-fed self-esteem cereal for the past 22 years. They’ve been told it’s all about them—what they want, what they are passionate about, what they find fulfilling.” And while Belkin does allow that the “sharply different attitude toward work” of Gen Y is “probably their parents’ doing,” there is not much else to counter this image of Gen Y-ers as fragile, self-centered creatures who will quit or give up at the slightest sign of difficulty.

[More after the jump]

And this infuriates me. I’ve been hearing a lot about generational differences in the past year or so, and on some level it seems to be the new trendy way to evaluate work-life tensions. But these conversations always seems to devolve into ridiculous stereotypes about Baby Boomers, Gen X, and Gen Y, with the latter prominently featured in the role of, frankly, spoiled brats. This always kills me, and maybe it’s just the stress of this time of year (I’m manically trying to finish up my last semester of law school), but I protest. I know that I worked harder than my Baby Boomer parents ever did when they were my age, and harder than my Gen X husband did. In my job after college, I put in an average of at least 70 hours a week, was there late most nights, and spent the majority of my weekend bent over a copy machine churning out discovery. Did I love it? No. But did I understand that the work needed to be done, and it was my job to do it, and if that meant giving up my free time, so be it? You betcha. More to the point: did I work more than most of the Gen X lawyers I was doing said discovery for? Absolutely. In this past year, I’ve been editor-in-chief of my journal, in a new and demanding appellate clinic at school, planned a wedding in three months, and will be graduating eight months pregnant. Not exactly the typical 3L year, which is to say, kicking back and enjoying myself.

There are many other examples from my own life or my friends’ life, and I feel as though there’s a whole side to Gen Y that is being conveniently ignored in this popular pastime of dumping on us. There’s been no effort to connect all those equally one-sided stories about ridiculous overachievers (the ones that appear during college admission time) and these blame-Gen-Y stories, even though they are about the same group of people.

I wish that there was some acknowledgment that you cannot paint millions of people with the same brush just because they are within the same ten or fifteen year age span, and that there are plenty of us Gen Yers out there working our tails off. Yes, many of us may have different attitudes about work, but I don’t think those attitudes are that we expect everything to come easily and on a silver platter. We may have drawn the conclusion that work is one of many parts of our lives, and push back on the notion that more hours in the office is better (perhaps learning the lessons of our forbearers). But there should be some recognition that we are working hard, we are dealing with adversity, and the rules of the game has changed, largely for the worse (for example, in the mid-1990s, billable expectations were significantly lower than they are today).

A few years ago, it was Gen Xers who were being (mis)labeled as slacker good-for-nothings (remember “Reality Bites”?), so I find it particularly ironic that they are now pointing the finger at us. Perhaps Gen Y just needs some time to get into the work force and do our thing for a while. But for those of us who have already been out there working: judge us by our actions, not by some silly notion of what twentysomethings are generally like. We don’t expect special treatment, and we don’t want you to hold our hands, but we do want a fair shake and a chance to prove ourselves.

manamana, it is good to hear from you again.
I agree that all the Gen-Y bashing has got to stop.  As a member of the Generation X, I feel the same way.  I know that there are "experts" out there going around giving law firms advice on how to deal with Gen X and Y'ers and telling them things like:<ul><li>we all feel a sense of entitlement</li><li>we feel like we can buy and have whatever we want</li><li>we want instant feedback because we grew up on the computer</li><li>we don't have any institutional loyalty</li><li>we don't trust anyone</li><li>we don't know how to meet deadlines</li><li>we don't know that there are consequences for our actions because, "afterall, on a computer, if you make a mistake, you simply hit the reset button"</li><li>we can't learn by listening</li></ul>I say that is all BS.  The quote above is from an essay by Rodney Fong, Retaining Generation X'ers in a Baby Boomer Firm, 29 Cap. U. L. Rev 911 (2002).  In his talk about how to accomodate Generation X'ers he fails to point out a lot of things about generation X that make us great attorneys.
The biggest thing that I can think of is work ethic.  Me and everyone I knew growing up worked, personally I've worked since I got a paper route around the age of 10.  After the paper route, I worked at the ice cream shop, then McDonalds, then in other part time jobs.  I knew many kids that mowed lawns, walked dogs, worked at the movie theatre, etc.

I agree completely and would only like to comment on the statement that Gen Yers only want to do jobs that they find fulfilling or are passionate about.  As a member of Generation Y, I completely agree with that statement.  I worked hard through hig school, I worked hard through college, and I worked hard through law school.  Why shouldn't I have a job that I'm passionate about?  I've watched my Baby Boomer father work long hours late into the night and on weekends at a job he didn't love.  I also watched my father have multiple heart attacks and finally a quadruple bypass because of that job.  For me, my passion is helping people.  I'm looking toward a job in public defense or public service.  Will it pay back my loans right away?  No.  Will I be still have to do a few things that aren't appealing?  Yes.  But will I go home every night happy and confident that I am making a difference in the world?  Yes.  Why shouldn't I be able to do that?

I don't think it is a label purely applied to Generation Y at all (though it was in the article you mentioned). I think it's what every generation says about their kids - they always think we don't work as hard, don't persevere as much, want it all etc etc.. I know it is exactly the same thing I've heard said about Generaton X.
So though she talks about Gen Y I could take it personally too. But I don't. I kind of take it as a compliment really. I'm not prepared to do years of training just to end up doing drudge work, and yes 5 years at law school wasn't so I could be the chief photocopier expert.
Look at it this way:
1. living standards have gone up ever since WW2, since the babyboomers we've had nothing but a trend of improvement - why wouldn't we expect better than our parents had?
2. Belkin admits she taught her son to think work ought to be fulfilling. I think that's true. My grandfather came back from WW2 and did a job he hated to support his family. Kudos to him, he raised a family who expected more from their jobs, and were prepared to change course when it didn't work out (including a dentist and a vet going back to school to become a doctor and a teacher). They in turn raised kids (spanning Gen X and Y) who expect work life balance. I don't see anything wrong with saying that. It's true and no indictment on any of the people mentioned. It is just normal behaviour when living standards are improving.
3. There have always been people with no work ethic in any generation. Finding some in Gen X or Y proves nothing. The generalization that we tend to expect work to be less of a chore and more fulfilling, and to have work-life balance s probably largely true. I think that's to our credit.
I'm not saying I agree with everything she said. But parts of it are true and we shouldn't be insulted - we should revel in the fact we've come so far.
My grandfather would think it was great that I expect 16 weeks paid maternity leave and to get home for dinner with my kids most nights. I'm sure he would say that it made his drudgery worthwhile that his kids and grandkids had a better life. I just wish I could tell him so.