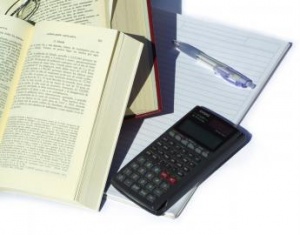 In the tumultuous life of a 1L, masking a sense of fashion and femininity should be the last thing on a woman’s mind. If women were equal to men, and their ideas held in the same esteem, perhaps it would be. It seems that despite a nation-wide effort to trump the pestilence of a patriarchal society, women are scrutinized more frequently than their male counterparts. Although during the first semester, I tried to hold onto my belief in the existence of gender equality, I could not keep the sexist reality at bay for too long.

Like all 1Ls, I spent countless hours in a study carrel of the library reading, re-reading, taking notes, outlining and studying. A particular male student sat two carrels in front of me nearly every day of the semester. We had three classes together and often discussed our notes or homework. Sharing a desire to succeed, we started doing practice exams during the early part of the second semester. Although both of us made attempts to bring others into our study group, our attempts were fruitless. As fate would have it, my study partner abandoned me as exams drew closer for an all-male study group, despite having praised our partnership to others, calling our study sessions ‘intense’ and a ‘great learning experience.’ Why the change, I asked myself?

Soon enough, I found my answer. I approached my former study partner at his study carrel one evening with a question that had been troubling me for some time. When he started to answer, he sensed my frustration with the problem and commented that girls think of the law emotionally and just don’t understand the way guys approach the law. He insisted that females could not think of law without emotion and that was the reason why females should study together, and males should study together. I found his response strange considering the prior circumstance, but I simply asserted that women have the same capabilities to understand the law as men. He agreed, but reaffirmed his belief that a woman’s path to the “right answer” is so different than a man’s that it is often too difficult to understand and riddled with unnecessary emotion. Great.

After acknowledging by absence from all study groups, I entered into a mixed group of three females and four males. The day before a final, we met up to discuss the answers we arrived at on the practice exam. Confident that my voice would be heard, I added to a previous answer of a question some excerpts from the sample answer on the same question in case one of the team members did not have the opportunity to read it. I was wrong. Two of the males in the group argued that the point was irrelevant and then proceeded to the next question. As the session progressed, and I tried to participate more in answering the questions, I realized that whenever I spoke, the men in the group would look at their computers, rarely acknowledge that I was speaking (other than by remaining silent), and move quickly to the next question on the agenda. What on earth is going on, I thought? The other girls in the group rarely participated or offered any answers, so I did not notice a trend. All I know is that I was not considered an equal.

The sexist comments were not limited to the end of the semester chaos. In the first quarter of the semester, I asked a male class mate for help with a text question. He replied, “perhaps you should have remained a secretary.” All-in-all first semester was a great experience. But the race to attain gender equality is far from over, especially in the legal profession.

This post is really interesting to me because it is entirely foreign from the experience I’ve had during my first two semesters at law school.  Although I don’t normally work in a study group, I have had some group projects that I’ve worked on in mixed groups, and the male-female participation level has been roughly equal, if not leaning towards the women being more vocal than the men…or maybe just me being an overwhelmingly vocal woman.  I always feel like my points are carefully considered by the men I’m working with, and I never hesitate to voice my opinion around them.  Perhaps it’s because I’m fairly friendly with most of the men in my group, or because I tend to be pretty vocal in class, but whatever the reason, I have never experienced anything close to the dismissal it seems you have received by your male peers.  I also wonder whether their concerns that women and men approach the law differently and thus should not study together actually stem from such a belief, or if there is something more going on there.  Perhaps those men are worried about being corrected by women, or about showing uncertainty and thus admitting vulnerability if they are part of a study group with intelligent and vocal women.  And then of course there’s also the question about why the other women in the group rarely participated or offered answers of their own.

... that the culture of machismo in which they were raised (or which they wish to revive) isn’t reflected in the real world.  I too have experienced *some* of the dismissive attitudes described in this post - but for me it’s not been the universally bad experience conveyed by the author.  The vast majority of my study experiences with men have been respectful, gender-neutral, and positive; the fact that my thoughts and analysis are not universally rejected gives me some comfort that not all guys are stuck in the dark ages, and that those few guys who do appear to dismiss me before I’ve even opened my mouth to speak don’t reflect the entire (male perspective within the) legal culture. So I suppose I’m really commenting to implore you not to give up hope on the effort to achieve gender equality… and not to give up hope on the many enlightened men who (unlike your peers) are perceptive enough, and secure enough in their own abilities, to realize that working toward equality in this industry isn’t a woman-only endeavor.  In fact, I hope you seek those men out in your community who would be as offended by the baseless generalizations about women as they would be about race-based, sexual-orientation-based, or religion-based generalizations, and team up with them to help change the (clearly unacceptable) norms of gender-based exclusion and disrespect at your law school.  Let me also editorialize here: if some men just don’t want to study with women, it’s obviously their loss, in excluding from their sources of insight and perspective half the population.  I add to the speculation on their motives: perhaps their exclusion of women stems from a mistaken belief that by doing so they increase their chances of “beating” those women (and you) in the fight to the top.  Maybe you and those women who “rarely participated” should just form your own study group. One last post-script on this not being a woman-only effort: Professor Doug Kysar and Professor Rob Verchick (who co-authored a feminist legal theory text) are feminist scholars who will be panelists in the March 31 conference at Yale Law School.  Their panel specifically addresses the role of men in the so-called “women’s” movement - it’s entitled “The Importance of Alliances” and might be of interest to you.  (Visit http://www.legallyfemale.com for conference info and registration - if coming to the conference is impractical for you, check out the website after the conference - I understand that the panel videos will be posted online.)