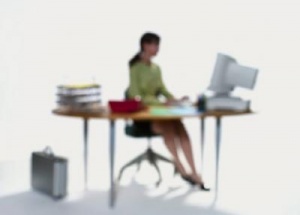 
“Women’s rights” is not exactly a new concept.

So, why are we still having this discussion?

I think it’s because while women can vote, enter professions, and sit on the Supreme Court, the insidious and underlying issues that women confront remain the same.

Earlier this year, the New York Times ran a series of articles under the title “The New Gender Divide,” focusing on women leaving men in the dust in school. Well, that may be so, but succeeding in school is not translating into comparable success professionally.

Looking at the information on law firms thrust upon those of us pursuing careers with firms, I find myself wondering, what happens between the roughly balanced number of male and female associates hired at law firms, and the seemingly inevitable gender divide that is readily apparent at the partner level?

More pointedly, I question whether the precipitous decline of women at the top is actually explained by the decision to take time off to have children and the later realization that working grueling hours at the firm is no longer what these women want. I’m concerned the answer is that the discrepancy is partially, but not mostly, explained by this phenomenon. I’m concerned that we haven’t made larger strides addressing this issue.

At the Ms. JD national launch conference at Yale Law School this spring, the Honorable Nancy Gertner, United States District Court, District of Massachusetts, echoed these concerns. Judge Gertner aptly noted that the issues confronting today’s women are perhaps more daunting than those facing our predecessors, because today’s issues are under-the-surface, and as such, are more insidious and more difficult to address. I agree.

It is an easier argument to make that law schools should admit women, and that presidents should appoint women to the federal bench, than to confront an entrenched firm structure that systematically works against women. And, while retaining women at the partner level seems to be a major topic of discussion among firms these days, I’m not sure that absent changes in the partner track itself, changes will be accomplished.