By Grace M. Guisewite • June 24, 2007•Sexism, Sexual Harassment, and Other Forms of Discrimination 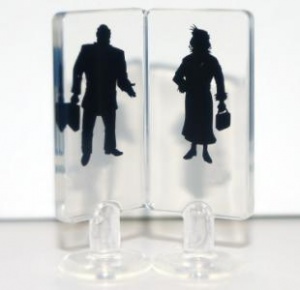 The average law student is a woman, and her average superior is a man. I cared for about ten minutes and then got over it.

The reality is that the average law student will be a female, but her superior will be a man. In a profession predicated upon teamwork this should not matter, but at this point we know that people do not always favor neutrality over their own personal biases. I was not so subtly adjusted to the legal system's male-domination when I received my schedule that consisted of classes taught solely by male professors. I cared for about ten minutes and then got over it. Because in reality I am not going to law school to prove something to the female race; I am going to learn the law.

Similarly, someday a student will receive their schedule, finding that female professors will be dominating that term. This should not be a moment for applause or anger, it should just be. Just as I quickly batted away my concerns over not having a single female professor, so should the next generation react when they have no male professors to speak of.

My grandmother encouraged me early on through her very presence to attain what I wanted through hard work and perseverance, but never through the path of victimization. Being a woman is not a handicap, nor is it a reason for special applause. Law schools are filled to the brim with intelligent, hardworking individuals, and when I embark on the path of a lawyer it is not a man I want by my side, nor is it a women--I simply want the best, and the best should have nothing to do with gender. Once we can stop being categorized by our sex and instead be viewed simply as "lawyers" we can achieve the equality our grandmothers struggled for.